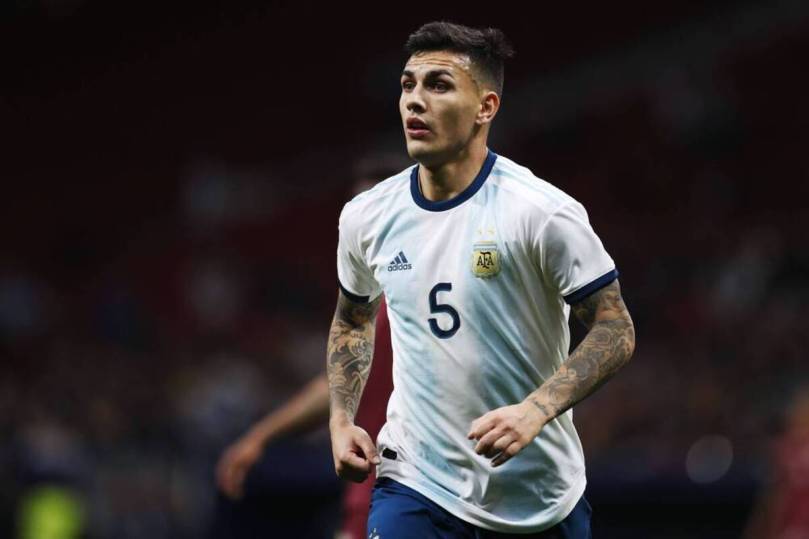 FIFA World Cup: Juventus midfielder Leandro Paredes is out with a thigh injury weeks before the Qatar World Cup. Paredes have been a…

FIFA World Cup: Juventus midfielder Leandro Paredes is out with a thigh injury weeks before the Qatar World Cup. Paredes have been a dependable pillar for the Argentina midfield in their Copa America win two years ago. The player complained about a muscle problem in the thigh after his training session with Juventus on Saturday. He will be out of the squad for 15 days. For more news on FIFA World Cup, Follow Insidesport.IN

🚨 Leandro Paredes has a low-grade hamstring to his left thigh. He is out for about 15 days. This via @romeoagresti. 🇦🇷 pic.twitter.com/5wFzP9k0pE

The Italian reports claimed the injury to be low-grade. According to Juventus officials, the Argentine should be back in 15 days. Nonetheless, Argentine coach Lionel Scaloni will be waiting for the recovery of Paredes with bated breath. The ex-PSG man has amassed 45 appearances for Argentina. He has been influential in their FIFA World Cup qualifiers, playing 15 matches and scoring once. The player has been in the heart of the Argentine midfield alongside Lo Celso and De Paul.

Argentina has already suffered quite a lot of heavyweight injuries before their Qatar journey. The forward ace Paolo Dybala has been ruled out with a thigh injury alongside Angel Di Maria. However, Angel Di Maria has a slight chance of recovery before the World Cup but Dybala will be out of the squad in Qatar. Argentina will find themselves locking horns with sides like Poland and Mexico in their group stage. Scaloni will not be looking for any more injuries of their key players for the World Cup.

See also  Arsenal: Bernd Leno reveals Mikel Arteta has given him 'NO clear reason' why he's lost his No 1 spot

Juventus has officially stated that Paredes is likely to be back by the first week of November, shortly before heading out to Qatar for the much anticipated World Cup journey. Argentina will start its campaign against Saudi Arabia on 22nd November.