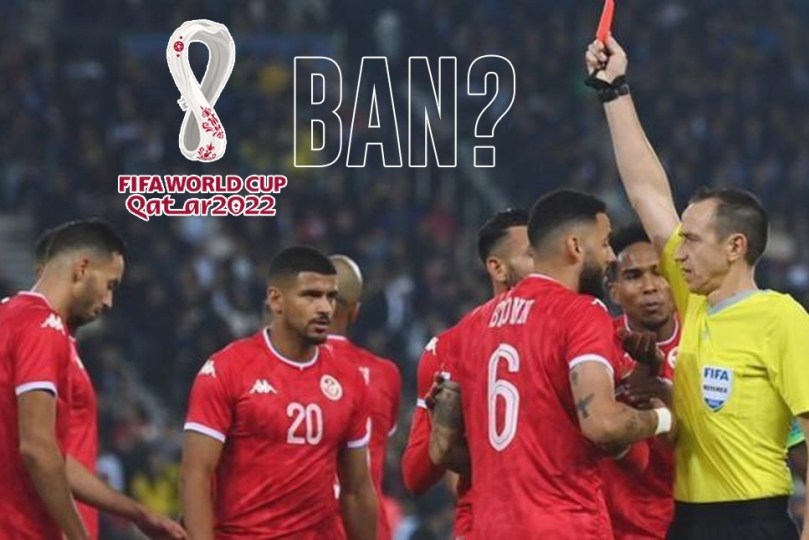 FIFA World Cup: Tunisia FIFA BAN: Right ahead of the FIFA World Cup, Tunisia faces a big uncertainty about playing in the…

FIFA World Cup: Tunisia FIFA BAN: Right ahead of the FIFA World Cup, Tunisia faces a big uncertainty about playing in the mega tournament. A warning has been sent to the Tunisian Football Federation (FTF) by FIFA that the Nation can be banned from taking part in the Qatar World Cup. FIFA follows a strong policy of non-interference by the government in the football body of the nation. With the Tunisia government influencing the Federation, FIFA has issued a warning.  Follow Qatar World Cup updates LIVE on InsideSport.IN.

According to the latest reports, The Sports Minister of Tunisia is looking for ways to rectify the situation. FIFA demands that the Football Federations be absolutely free from political influences. Recently, FIFA banned India and the AIFF following the influence of a third party in the Federation. A deadline of Friday has been sent for Tunisia to reply to FIFA.

“In this regard, we would like to remind you that member associations of FIFA are legally obligated to conduct their affairs independently and without undue influence from third parties. Any failure to comply with these obligations may result in the imposition of penalties under the FIFA laws, including suspension of the relevant association,” Kenny Jean-Marie, FIFA’s director of member associations, wrote in a letter to Wajdi Aouadi, FTF’s general secretary.

Tunisia has been slotted in Group D where they are scheduled to face France, Denmark, and Australia. Tunisia won their spot in the World Cup back in march. Having made their debut back in 1978, Tunisia has never made it past the group stage whenever they have participated in this mega tournament.

“There is not one specific statement that FIFA is concerned about – it is many. Over the past few months the Minister of Sport has called on the FTF to postpone the domestic league and review kick-off dates,” read a report from BBC.

“At one point he insinuated that the Ministry of Sport has the authority, according to Tunisian law, to dissolve federal bureaux. The FTF has seen that as a threat. That constant harassment was seen as interference, and is what FIFA has been referring to,” the BBC report claimed.