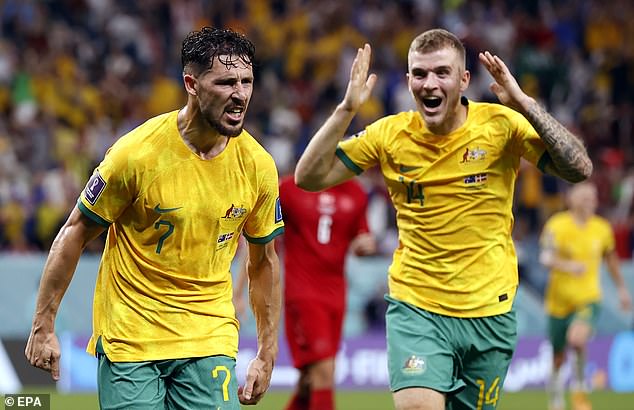 Ecstatic fans praise Mathew Leckie after Socceroos gun scores WONDERGOAL to put Graham Arnold’s side into the last-16 at the World Cup: ‘Australian of the Year!’

Fans have lauded ‘Australian of the Year’ Mathew Leckie after his wonder strike against Denmark at the World Cup.

The attacker kept his cool to finish off a wonderful counterattack and stun the Danes, weaving his way past his defender to fire low and hard past Kasper Schmeichel in goal for the Europeans.

It means that the Australians have booked their place in the last-16 of the World Cup, a stage they have not reached since the 2006 tournament in Germany. 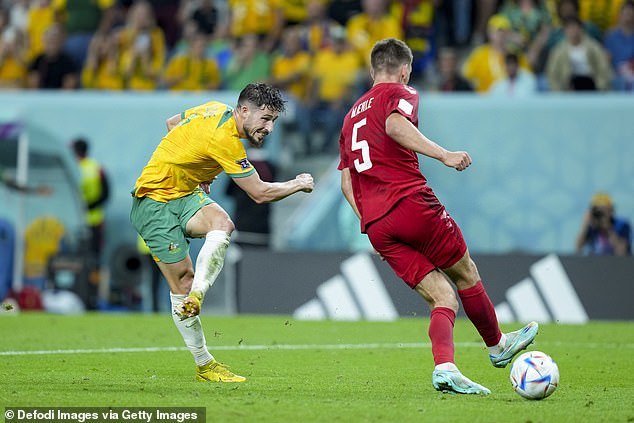 And fans have taken to Twitter to lap up Leckie’s incredible goal, with some calling for him to be crowned Australian of the Year.

‘Mathew Leckie for Australian of the Year,’ one fan said.

‘Mathew Leckie is NOT LUCKY, brilliance from him!’ a third said.

After the game, Leckie said: ‘As the ball was rolling in, I saw it going in, I was so excited and so happy.

‘By the celebration you see how much emotion there was.

‘This is my third World Cup now and I’ve had my chances in previous World Cups to score, wasn’t meant to be. 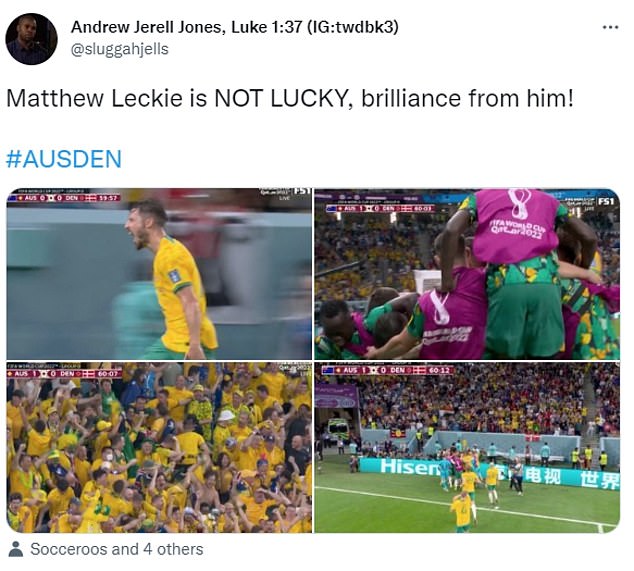 ‘My first World Cup (goal) is probably one of the most important goals for me and for the team.’

Leckie’s timing was perfect in more ways than one.

In the other simultaneous game in Australia’s group on Wednesday (Thursday AEDT), outsiders Tunisia had scored just three minutes earlier against holders France, who rested almost their entire first-choice side.

The Tunisian goal momentarily lifted them to second in the group behind the French only for Leckie to restore the Socceroos into that prized slot.

Australia will meet the winners of Group C, which looms as the victor of Argentina’s clash with Poland later on Wednesday (from 0600 AEDT Thursday).