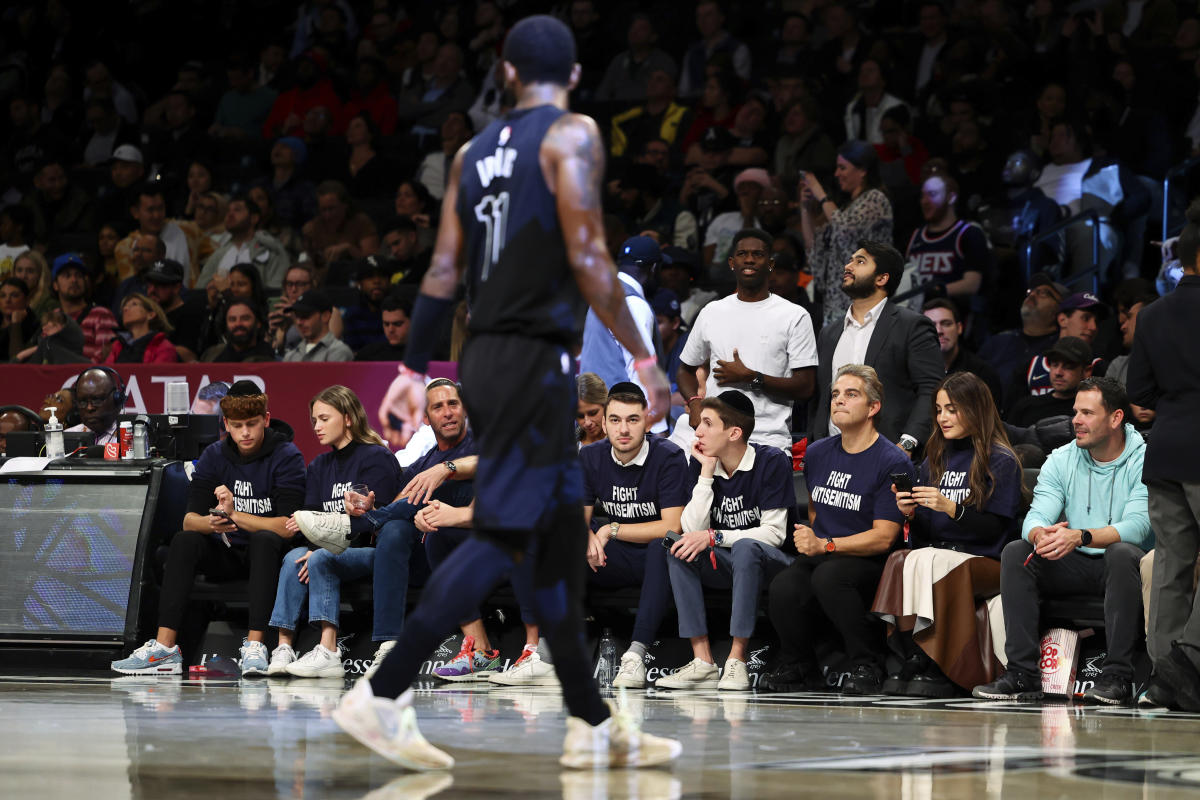 A group of fans sat courtside at Monday’s Nets-Pacers game in Brooklyn wearing T-shirts reading “Fight antisemitism.” Men in the group wore yarmulkes, as is customary in some Jewish communities.

The display is an apparent response to Nets guard Kyrie Irving, who recently promoted an antisemitic movie on his Twitter account. Irving stood by the tweet and was combative with reporters when asked about it on Saturday.

“I can post whatever I want,” Irving said when asked by ESPN’s Nick Friedell why he promoted the movie on his social media.

Rolling Stone reports that the movie Irving shared promotes tropes and “ideas in line with more extreme factions of the Black Hebrew Israelites, which have a long history of misogyny, homophobia, xenophobia, Islamophobia, and especially antisemitism.”

Prior to his Saturday news conference, Irving denied “the ‘Anti-Semitic’ label that is being pushed on me” in a separate Twitter post.

Irving posted the initial Twitter link to the movie on Thursday. The tweet remained live through his Saturday news conference and into Sunday. By Monday, Irving had deleted it. His tweet drew condemnation from Nets owner Joseph Tsai and the NBA.

Tsai wrote on Twitter on Thursday the he is “disappointed that Kyrie appears to support a film based on a book full of anti-semitic disinformation.”

The Nets released a separate statement that they” strongly condemn and have no tolerance for the promotion of any form of hate speech.”

The NBA then released a statement on Sunday that “Hate speech of any kind is unacceptable and runs counter to the NBA’s values of equality, inclusion and respect.”

New England Patriots owner Robert Kraft, who is Jewish, co-sponsored a TV ad in response to the spate of antisemitic messaging urging viewers to “Stand up to Jewish Hate.” The ads ran during Sunday’s NFL games.