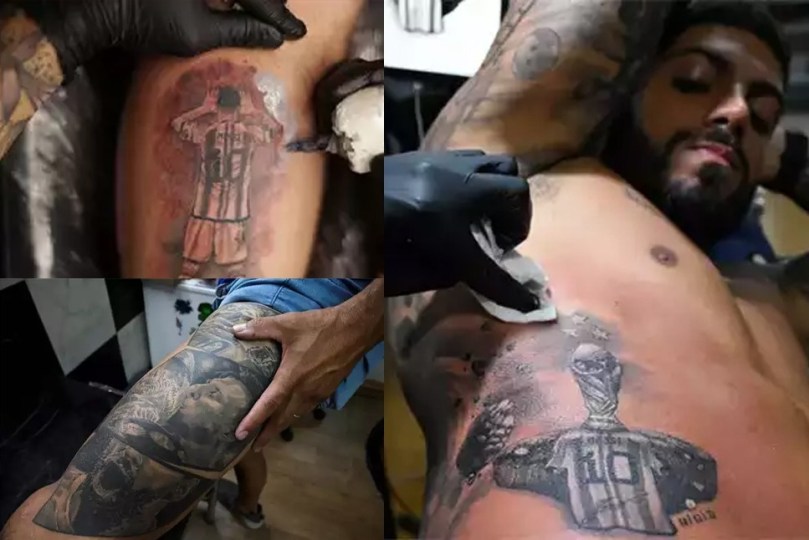 Messi Tattoos: Fanatic Lionel Messi fans: Fans of the Argentine team that claimed football’s ultimate prize in Qatar this month are lining up in Buenos Aires for tattoos of victorious captain Lionel Messi and the World Cup trophy. “For the next two weeks, I have (appointments) exclusively related to the World Cup,” tattoo artist Esteban Vucinovich told AFP in the capital. Follow FIFA world cup 2022 updates with InsidesSport.IN

“Some had already made an appointment for tattoos of snakes or skulls, but they are changing it to Messi or the Cup. I have two or three appointments a day,” he said. 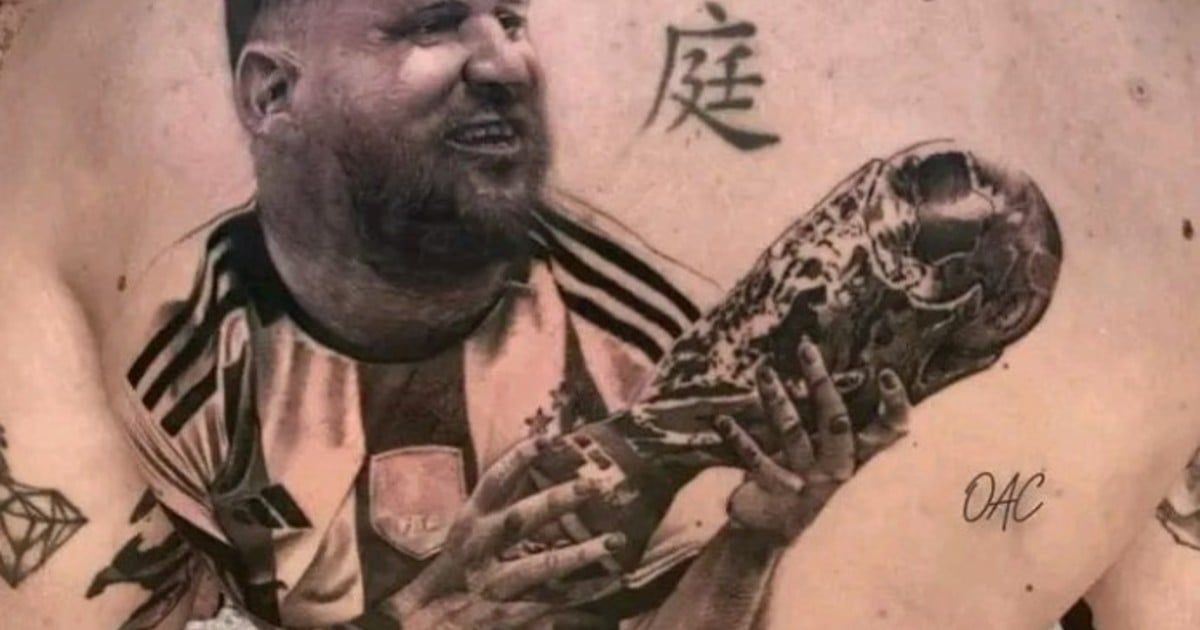 The most requested skin art is of the trophy, said Vucinovich, followed by Messi and then goalkeeper Emiliano Martinez who was crucial in the victory of the Albiceleste in the final against France. Many fans are inspired by the body art of Argentine players such as Angel Di Maria, who has since recently sported a World Cup tattoo on his right leg.
“I got a tattoo of Messi as a gesture of thanks,” civil servant Nicolas Rechanik told AFP. “This represents not only what Messi is but also the team that brought us a third World Cup and all the years of effort to reach this goal.”
Before getting the image of Messi in the team’s blue-and-white striped jersey and kissing the trophy indelibly attached to his

“It’s a perfect representation of what Argentine football is and what it means to be Argentine,” he said.
Football fanatic Alma Ocampo, 20, decided to get a tattoo when, to everyone’s surprise, Argentina lost its first match of the World Cup to Saudi Arabia.

“When everyone lost confidence, I decided that… if Argentina wins, I will get a tattoo of the Cup. And so I did, with the date December 18, 2022” of the final, she said, adding “it hurt quite a bit.” Ariel Sacchi, a physical education teacher, got a tattoo representing all five World Cups that Messi has played in. At the center is an image of the Argentine captain kissing the Cup.

“I decided to get Leo (Messi) because he brought the greatest joy to all Argentines,” Sacchi said. Not all tattoos are equal, though, and many a fan has been mocked on social media for blundered ink: A fat-faced Messi or misspelt names are among the trending topics.