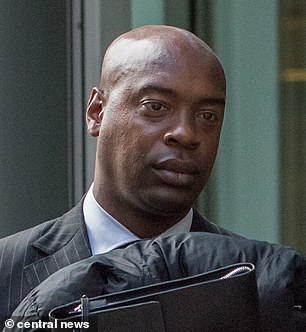 A former Premier League footballer invested £5m for a church as a ‘blessing’ – and lost them £3.5m, a court heard.

Ex-Charlton Athletic defender Richard Rufus, 47, offered to personally guarantee the investment of the Kingsway International Christian Centre (KICC) and said he had worked with JP Morgan and Goldman Sachs, it was said.

Rufus allegedly scammed friends and family out of £15m to maintain his lavish lifestyle.

He drove a Bentley and lived on an exclusive private estate in leafy Purley on the money he was swindling, Southwark Crown Court has heard.

James McGlashan, Chief Operations Officer at KICC, said he was a member of the church board when Rufus submitted a CV applying to become a trustee of the organisation.

On his CV Rufus explained that he was a former professional footballer who was successful in setting up an investment and trading company.

Mr McGlashan said: ‘KICC were aware of Richard’s CV and asked how he could manage some of the church’s finances. He wrote a money management document.’

Rufus proposed an agreement of £1m from the church that he would invest in the Foreign Exchange market.

Lucy Organ, prosecuting, asked: ‘He said that no fee would be charged, so he wouldn’t be paid?’

‘Why wasn’t he going to charge you?’ Ms Organ said.

Mr McGlashan replied: ‘It was a blessing, a blessing to the church.’ 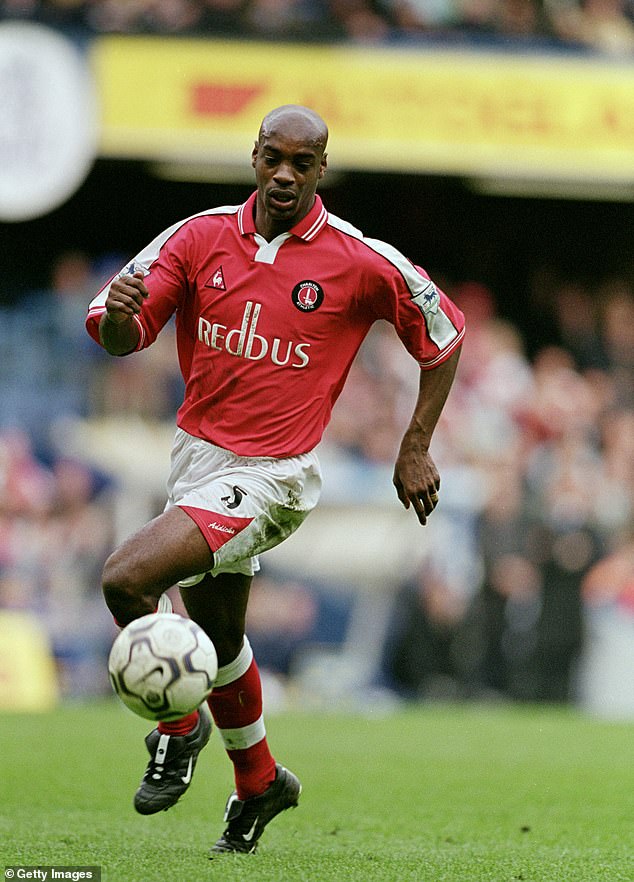 Rufus drove a Bentley and lived on an exclusive private estate in leafy Purley on the money he was swindling, Southwark Crown Court has heard. Pictured: Playing for Charlton Athletic in 2001

To demonstrate that other investments would be either higher risk or provide much lower rates of return, Rufus compared savings to bonds, ISAs, savings accounts and the stock market as all being inferior to investing in him.

‘He said that stock market was risky, he said it was more risk than what he was offering,’ said Mr McGlashan.

‘He guaranteed it personally to reduce the risk of loss. He made a personal guarantee of £1 million.

‘As a result of this information the board of trustees was interested in the investment.’

When Mr McGlashan went to Rufus’s office he was told the former footballer was qualified and had a positive track record of investing.

Mr McGlashan confirmed that he was given to understand that Rufus was on par with Goldman Sachs and JP Morgan.

Rufus said he had work experience with these organisations and could replicate their work, the court heard.

‘These programmes are weighted to assess high levels of risk aversion.’

The church was told that there would need to be 200 loss-making trades in a row in order to wipe out their savings.

A decision by the board was made to invest £1m with Rufus on the agreement that there would be monthly reporting on how the funds were doing.

‘Every month we were told that the target had been met that month,’ Mr McGlashan. 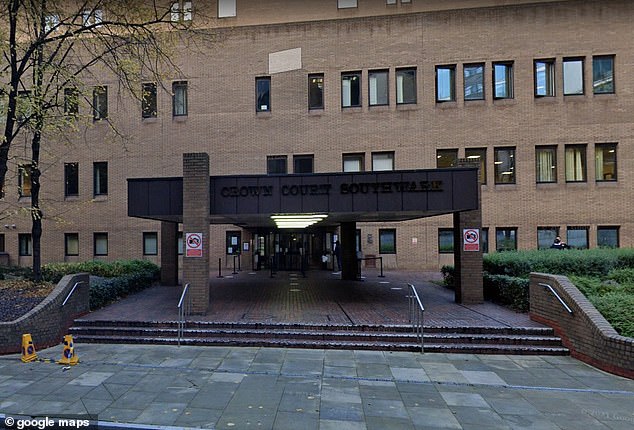 Rufus, of Anerley Hill, Crystal Palace, south London, denies three counts of fraud by false representation, one count of possessing criminal property and one count of carrying out a regulated activity when not authorised. Pictured: Southwark Crown Court

The former pro made 288 appearances for Charlton, scoring 12 goals.

Rufus was forced to retire from football at the age of 29 after an unsuccessful knee surgery was performed in the United States.

After his retirement in 2004, he began a career in the financial sector.

‘Living in a big five-bedroom house on a private estate in Purley, driving a Bentley and wearing a Rolex. He also had large financial commitments in terms of his mortgage and cars.’

Rufus told other investors that some of his ‘football friends’ such as former England and Man Utd defender Rio Ferdinand had invested with him, the court has heard.

Rufus, of Anerley Hill, Crystal Palace, south London, denies three counts of fraud by false representation, one count of possessing criminal property and one count of carrying out a regulated activity when not authorised.

The trial continues and is due to last three weeks.