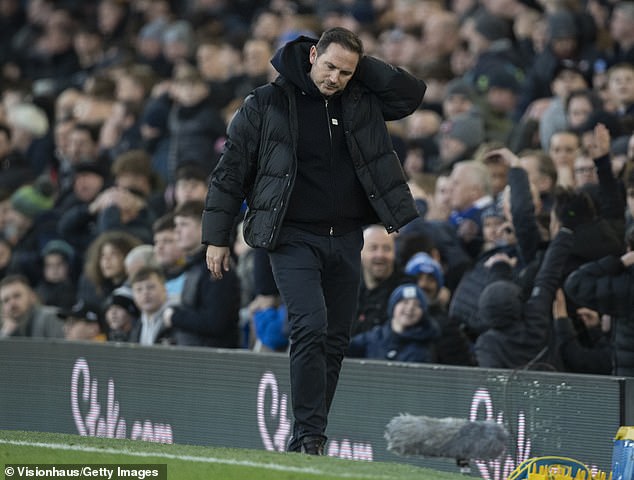 Frank Lampard has called on Everton’s fans to be more patient after a late home defeat by Wolves left the team on the brink of the relegation zone and their manager under scrutiny.

Some home supporters booed their team off at half-time yesterday when the game was poised at 1-1 and when Everton could not force a winner, the anxiety spilled on to the pitch with Wolves nicking the points through Rayan Ait-Nouri’s 95th-minute winner.

Lampard was full of praise for Everton’s support last season when they famously helped the team escape relegation but this time a critical atmosphere is proving a hindrance.

‘We conceded a poor equaliser and you could feel the stadium getting edgy. It’s not easy for the players,’ said Lampard.

‘I played for nearly 20 years and I know how it can affect them. Some performances like Bournemouth I could understand (the boos) but I thought the lads played well and I would love the crowd to stick with them at that point. We’ve seen the positive difference our supporters can make, let’s not come away from that.’

Everton fans were left frustrated by their team’s patient play but the tactic backfired when a long punt by James Tarkowski was intercepted in stoppage time leading to the Wolves winner. 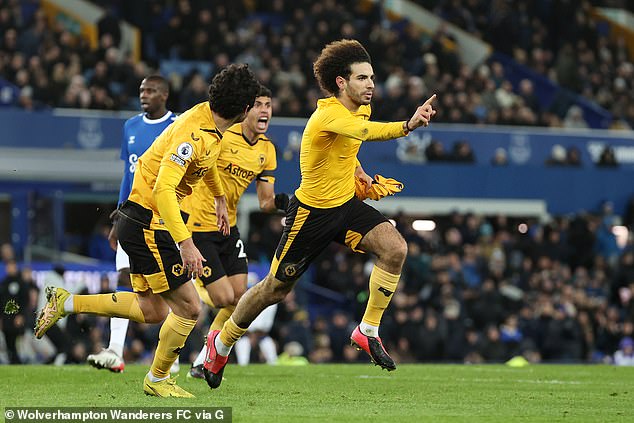 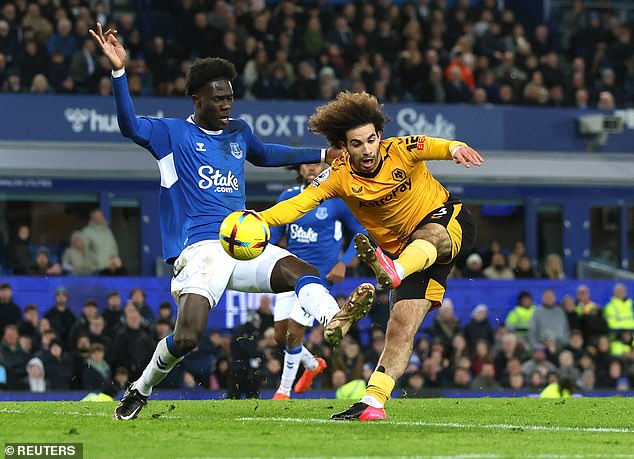 ‘We didn’t have the direct option that Dominic Calvert-Lewin gives us,’ said Lampard. ‘I liked the fact we were being brave on the ball and I would like the players to get some backing for that.’

The Everton boss anticipated a tough season when they sold Richarlison in the summer and he hopes to bring in more firepower in the January window.

‘It was going to be baby steps this season but we deserved to win this game,’ he said. ‘It is a concern not being clinical. The attacking part of the pitch is where we want to add to in the squad.’

Everton are a point above the drop zone and face Manchester City at the Etihad next. With one win in nine matches in all competitions, Lampard can’t afford to wait too long for results to change. 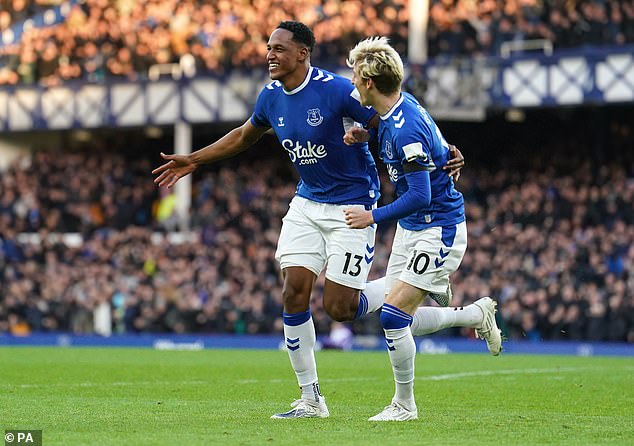 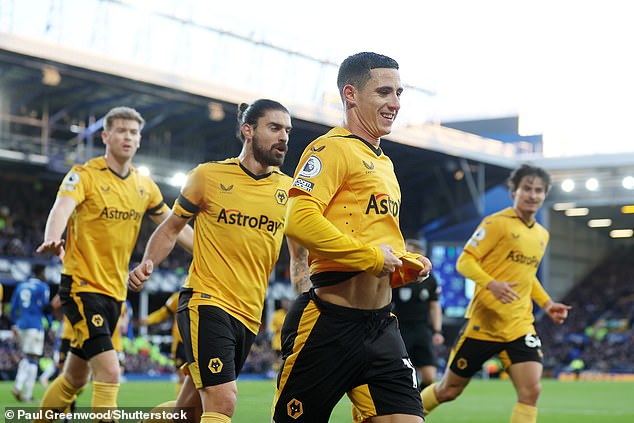