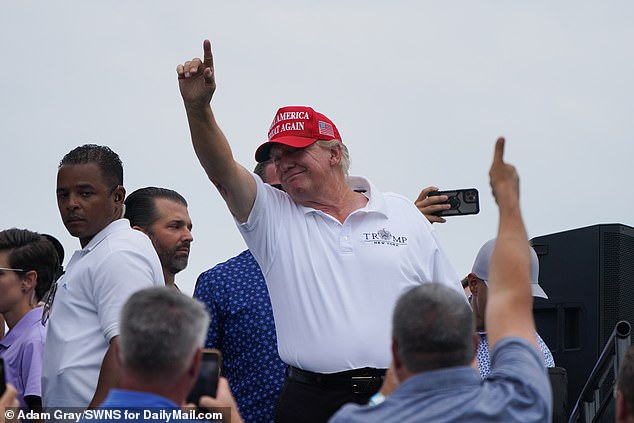 It was shortly after 1pm in Bedminster when a small plane appeared over Trump National Golf Club and, out of the grey skies, four parachutes fell. One carried a giant Stars and Stripes, from behind another fluttered the words: LIV Golf.

The Frog-X Navy SEAL Parachute Team circled down towards the 18th fairway; down below, Bryson DeChambeau and Sergio Garcia paused practice to follow their descent. Branden Grace had more pressing matters: a two-footer to make on the putting green.

All the while, the sound of AC/DC rumbled around this surreal scene. Organizers’ song of choice to mark another assault on golf’s established order? Thunderstruck. Then came the lightning rod.

Donald Trump rolled down the slope in a buggy, trailed by his electric motorcade, and as fans raced to mob him, the former president stepped up on to the grandstand to wild cheers.

‘The real attraction!’ one supporter shouted before Trump and his son, Donald Jr, made their way on to the first tee to cries of ‘Four more years!’ 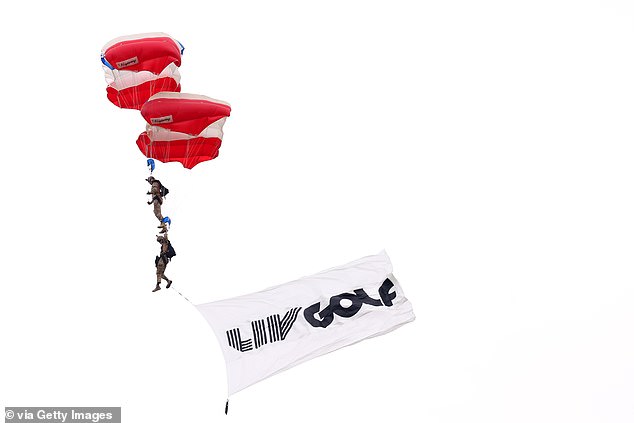 It was shortly after 1pm in Bedminster when a small plane appeared over Trump National Golf Club and, out of the grey skies, four parachutes fell. One carried a giant Stars and Stripes, from behind another fluttered the words: LIV Golf (pictured) 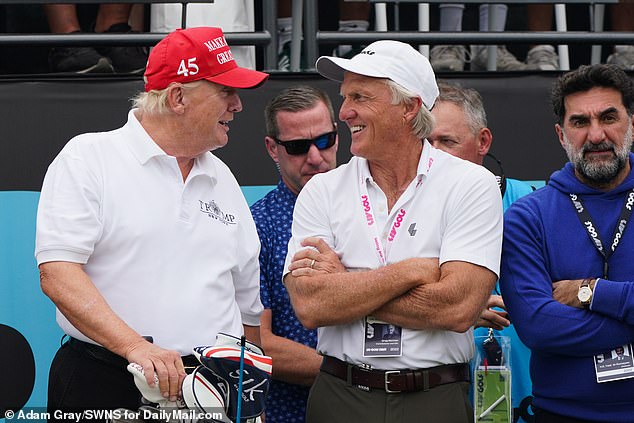 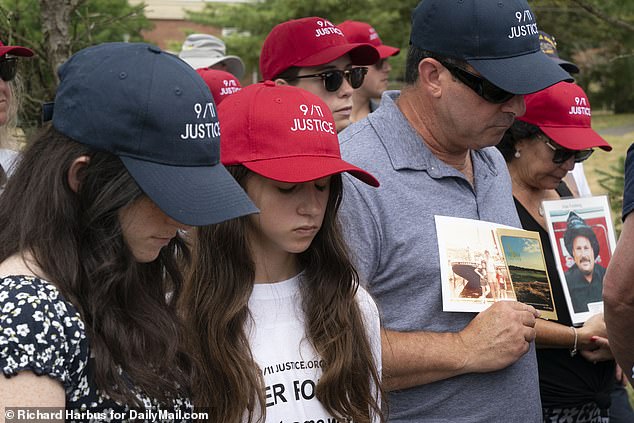 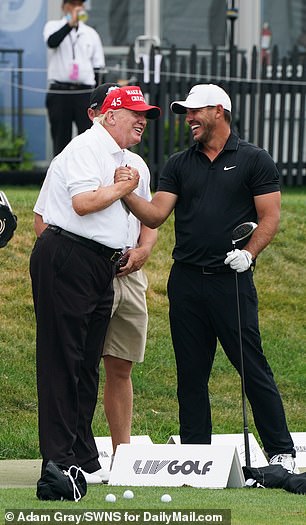 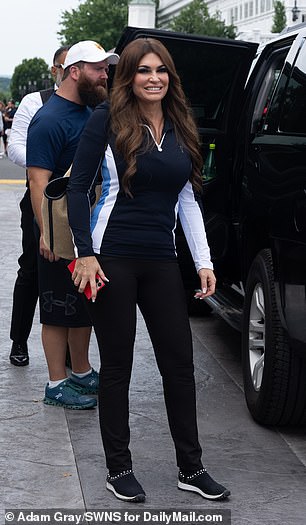 There, they stood in line, alongside LIV chief Greg Norman and Yasir Al-Rumayyan, the governor of the Saudi Public Investment Fund behind this circus. It was a jarring, provocative image of golf’s new rebel alliance.

‘What’s Jay Monahan doing right now?’ one fan asked before answering his own question about the PGA Tour commissioner. ‘Cry-ing!’

Perhaps. Or perhaps Monahan surveyed the scene from afar and concluded, as many players and fans already have: this exhibition of greed – oh, and golf – is all rather grim.

Trump was at least on time yesterday. And so, at 1:15 local time, a horn squeaked from down the fairway and this third LIV tournament was underway.

The next 54 holes will do little to distract from the storm which had been brewing long before Trump’s grandstanding. Long before Henrik Stenson – among LIV’s most recent, most symbolic and antagonistic recruits – stood on the back of a buggy en route to the practice area as rain fell overhead. 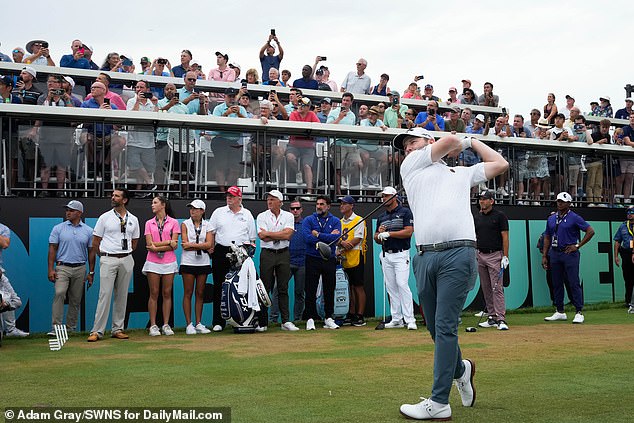 Even the resident DJ, whose music pierced this corner of New Jersey hours ahead of the shotgun start, could not drown out the noise of resistance nearby.

Less than four miles away, on the roadside outside a public library, more families of 9/11 victims made their voices heard. ‘We’re standing here, in the backyard of where 750 people were turned to dust,’ one speaker said. ‘We cannot believe we have to be here 21 years later, speaking out against a government that’s trying to sportswash or whitewash their atrocities.’

See also  At the U.S. Open, Brooks Koepka Is in His Happy Place, and in Contention

On which side of the fault lines you stood was obvious from what was written across your hat. The protesters in Bedminster wore red caps which read: 9/11 Justice. Trump, and many fans here, sported red too. Their hats carried that more incendiary, four-word phrase: Make America Great Again.

They included a photographer and an elderly lady. Many more wore TRUMP hats. Among them? A young boy who earned a high-five from DeChambeau as the ‘Crushers’ team captain wandered on to the first tee to fire his first bomb of this barmy, combustible weekend. 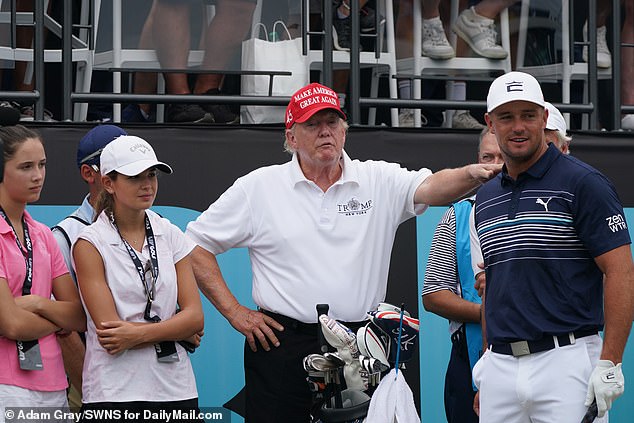