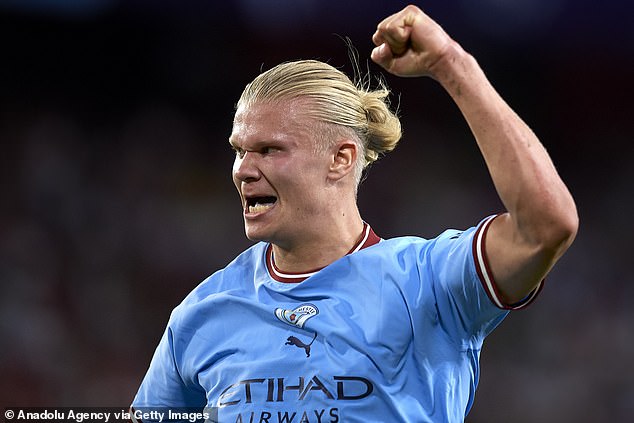 ‘It could have been higher!’: Erling Haaland is not happy with his 88 rated card on FIFA 23… as Jack Grealish is left stunned that Ruben Dias has a higher physicality rating than Man City’s new star striker

Erling Haaland believes he has been hard done by in FIFA 23 after being given an 88 rated card in the new video game.

EA Sports are gradually releasing players’ ratings for the latest edition of the popular franchise, which is released on September 30. It is the last title in the long-running series after the deal between the video game company and FIFA ended.

Haaland’s 88 rating, which is the same as it was in FIFA 22, ranks him as the joint-third best player in City’s squad behind Kevin De Bruyne (91) and Ederson (89).

Reacting to his new card on Manchester City’s YouTube channel, the Norwegian striker said: ‘It could have been higher, but I’ll take an 88 yeah.’

Haaland, 21, already has 14 goals in his first 10 games as a City player following his move from Borussia Dortmund in the summer.

It was also revealed that Haaland has a physicality rating of 87, one fewer than centre-back Ruben Dias on 88.

This stunned Jack Grealish, who declared: ‘Did you not see what Erling done to him [Dias] two years ago in the Champions League?’ 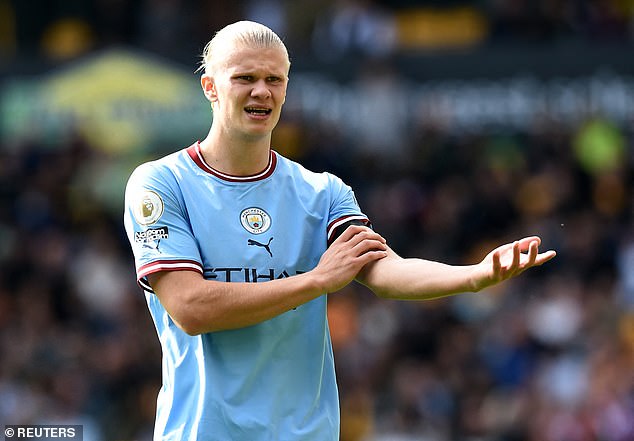 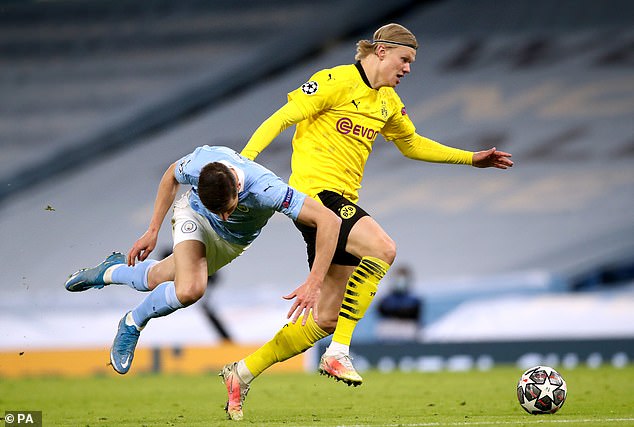 The England international is referring to the Champions League quarter-final first leg between City and Dortmund in April 2021.

Just after half-time at the Etihad Stadium, a pass was threaded through to Haaland, who showed his remarkable strength to bully Dias away from the ball and leave the Portuguese defender on the floor.

Grealish was happy with his own 84 rated card, which is higher than he expected.

‘I’ll take that all day long,’ he said. Blowing a kiss to the camera, he added: ‘I thought it was going to be one less, thank you FIFA.’ 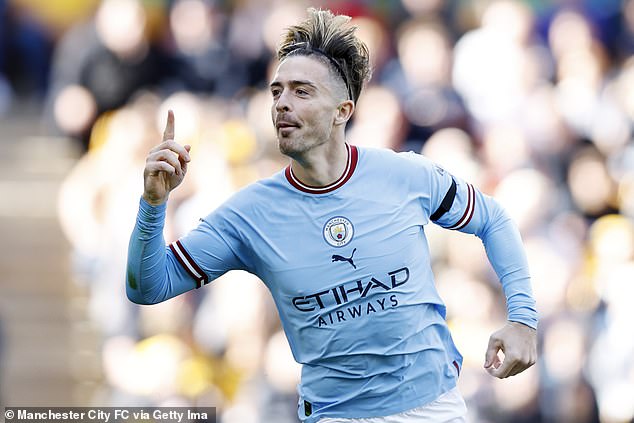 However, defender Nathan Ake joined Haaland in being slightly annoyed at his rating.

Haaland was also surprised at the rating of another of City’s summer signings, Julian Alvarez. The Argentine, who is 78-rated overall, was only given a score of 76 for his speed.