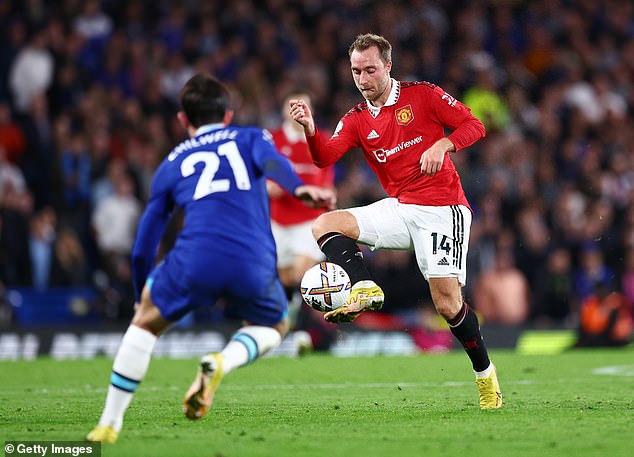 Christian Eriksen claimed Manchester United are ‘on the right path’ with Erik ten Hag after securing a spirited draw at Chelsea.

The midfielder was buoyant after Casemiro’s 93rd-minute header earned a priceless point at Stamford Bridge amid the Cristiano Ronaldo furore.

It was an important show of spirit and character in the aftermath of Ronaldo being banished from the squad for Sunday’s clash for refusing to come on as a sub in the midweek win over Tottenham.

‘It does feel like a big relief compared to the six minutes before with the penalty against, it was a big blow,’ the Denmark international told the club’s official website.

‘But, obviously, it shows the character and what a nice header.

The late equaliser sparked wild celebrations among the players and fans. 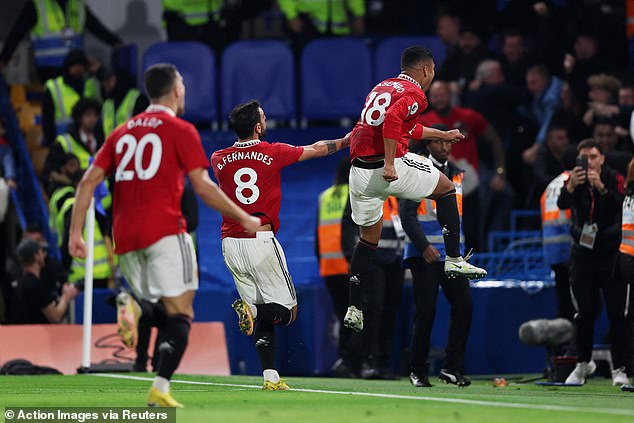 ‘I think that’s what the fans want to go to the stadium for, that’s what we as players want to achieve,’ said Eriksen.

Eriksen felt the Reds should have capitalised on a strong showing in the first half.

He added: ‘Most the first half, I think we played very well. 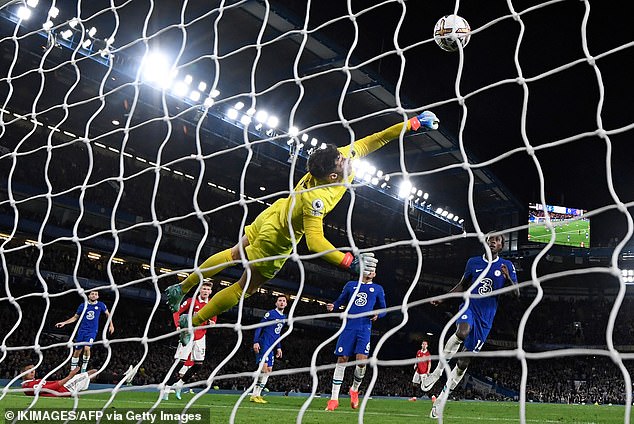 ‘We created chances and really were more dominant than they were. So yeah, I do think we should have made it easier for ourselves in the first half with a goal or two.’

Eriksen said the commanding performance in the midweek win over Tottenham, coupled with draws with Newcastle and Chelsea, suggested the Reds were moving in the right direction under Ten Hag.

‘We always aim to be better than what we have if we don’t have nine points, but I think overall, we can be proud of what we achieved,’ he explained.

‘Wednesday was a big performance and to top it up today would have been perfect, but we are on the right path to something that’s going to be a lot more fun than where we are.’