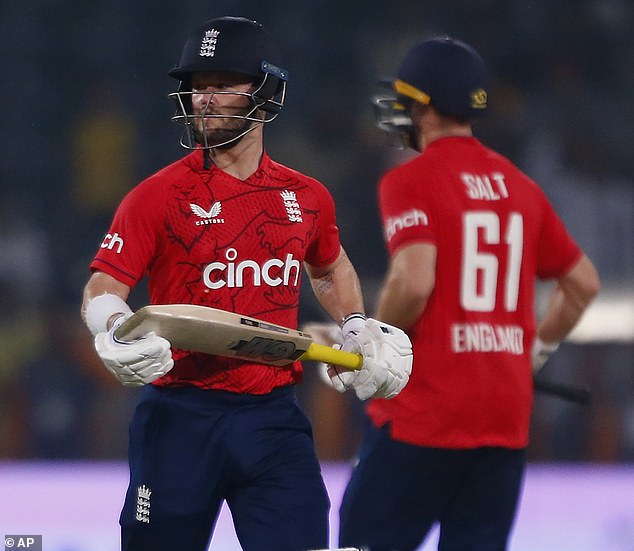 By Richard Gibson For Mail On Sunday

England’s winner-takes-all finale to their Pakistan tour on Sunday provides the perfect preparation for the upcoming Twenty20 World Cup, according to Ben Duckett.

A series level at 3-3 that Moeen Ali’s team really ought to have wrapped up ahead of schedule, concludes under the Gaddafi Stadium floodlights, with its on-the-line nature replicating the knockout feel of a tournament environment.

‘It should really go into a kind of final because both teams have been pretty good,’ Duckett said.

‘For the World Cup squad, it’s really good to play it must-win games and even when we didn’t get over the line here – you learn more about these games than the ones that you win, I think.’

Nottinghamshire Duckett is not part of the group travelling on to Australia but has proved a major success on his return to international cricket following a three-year absence, and leads the tourists’ run getters with 203 at an average in excess of 50.

Whatever happens, he can relax on holiday in Mexico next week in the knowledge he’s made a strong case for a return to Pakistan for December’s Tests. He was called up for England’s third Test squad versus South Africa at the Kia Oval last month, following Jonny Bairstow’s freak injury.

England will recall Mark Wood and Chris Woakes for the seventh match while Mohammad Rizwan and Haris Rauf, leading run scorer and wicket taker respectively for Pakistan this series, come in for the hosts.