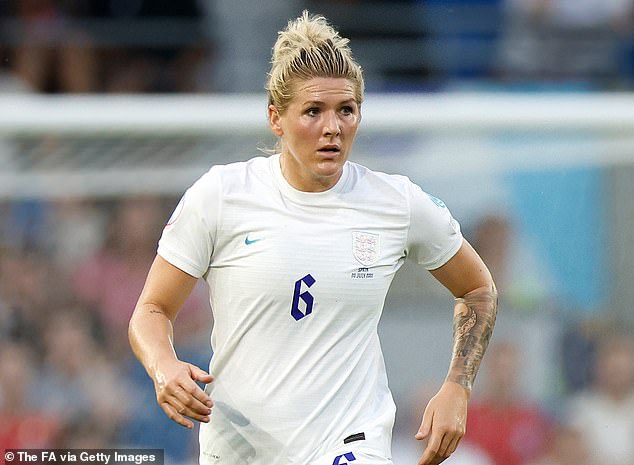 When the dust has settled on this extraordinary night, there will be talk of Sarina Wiegman’s unflinching action in the face of what were beginning to look like insuperable odds.

The two Manchester United strikers she introduced, Ella Toone and Alessia Russo, combined to manufacture an equaliser and sent the roof off this place.

There will be questions to ask in the days ahead.

England’s Millie Bright has seen it all, and she epitomises the progress the team has made 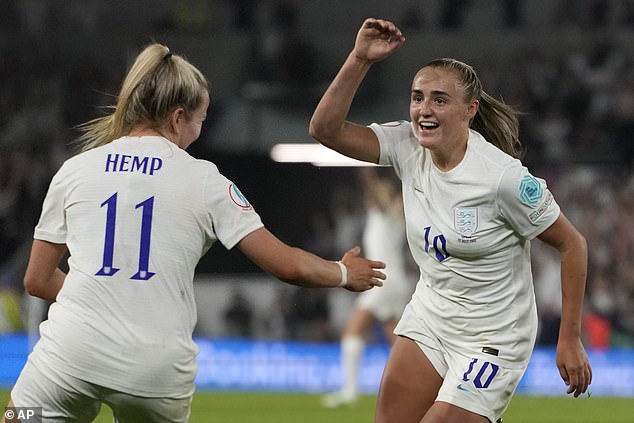 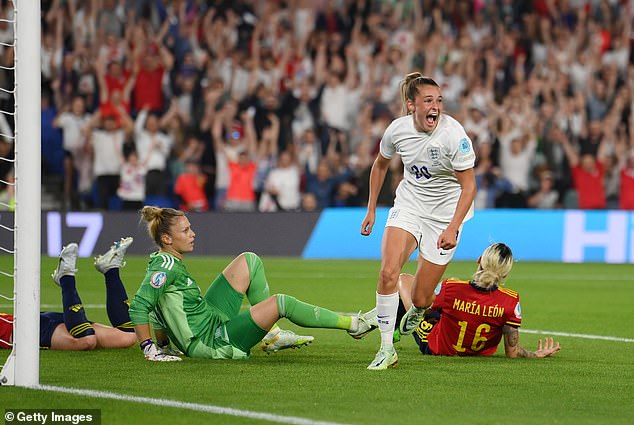 Whether Russo, England’s most lethal striker for the past year, should be starting for England, rather than Ellen White. Yes.

Whether it is sustainable to play a right-footed midfielder, Rachel Daly, in a left back role against the continent’s best. No.

But not even the sublime strike by Georgia Stanway which set this balmy night alight should detract from the broader story of Millie Bright, a defender who has journeyed through the twists, turns and controversies of the England under Mark Sampson and Phil Neville.

A conversation with her at St George’s Park before the tournament made you wonder why she is not captaining this side.

There were a lot of pleasant conversations with the players that day, though Bright was the one who articulated how Wiegman allows a different kind of self-expression and self-belief.

That’s very easy to display on the field of play when you’re knocking ten bells out of a deficient Norway but it’s a different story when the technicians of Spain are zipping the ball around in front of you. 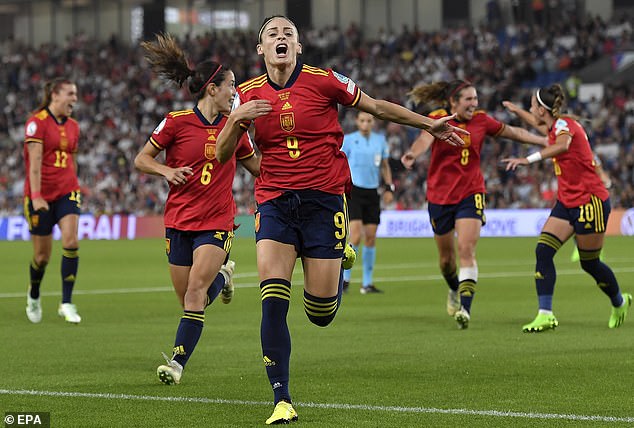 If there was a concern, then it was that the England team that walked out into the rosy glow of a setting sun and a cloudless sky last night had not known what adversity had looked like in this tournament.

How it was to concede, to struggle. What the hush of a stunned crowd felt like. This had broadly been only a procession and a carnival for the host nation.

From the moment Walsh pointed, after the event, to the five yards of attacking space Bronze had left wide open for Olga Carmona to attack the box in the game’s opening moments, it was clear that this division of labour was not going to be easy.

England were torn between conservatism and ambition, in plain sight.

Georgia Stanway urged Beth Mead to get out of her sphere of defensive play when she dropped back to join the rearguard effort. Wiegman also had a rare venture from her seat to implore Mead to push on. 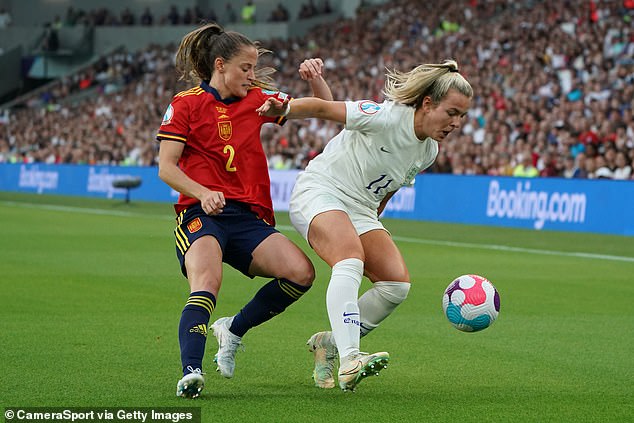 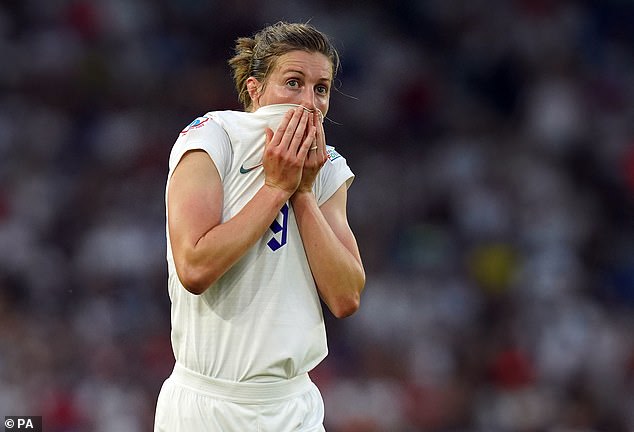 Bright has clearly been liberated by the fact that Wiegman’s England are not slaves to passing through the opposition as Phil Neville’s were.

She was putting together the balls designed to exploit Spain’s high defensive line, lofting 20-yard passes for the midfield to leap and flick onto White.

But she also looked physically fitter and more nimble than she had when the United States made England’s defence look so very normal in the Nice semi-final of three years ago.

There were two foot races with Esther Gonzalez in the first half and Bright won both. When the same striker tried to play her way around the England defence with Mariona Caldentey, Bright barged through to put an end to the process.

Beyond all that, it was what you might call the unfashionable, old-school kind of defending that she brought: a physical presence at the heart of defence which saw her leap and deal with the aerial ball. 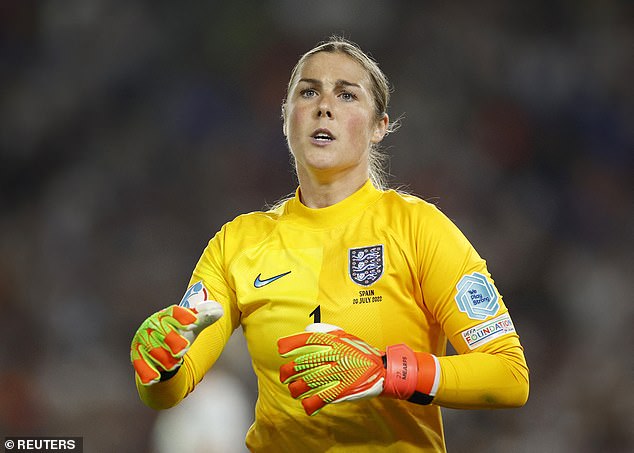 She left the field crimson-faced with the sheer physical effort at half time, at which stage no England player had been called on to do more.

The unanswered question about this side is the balance of their defence. How a rearguard made up entirely of right-footed players will contend against sides of technical passing quality.

See also  Arsenal: Eddie Nketiah admits he had a 'chip on his shoulder' after brace against ex-club Chelsea

The nature of Spain’s goal around the hour mark answered that.

Daly lunged in on Athenea del Castillo, whose introduction after half time had made life very difficult for her, and the worst happened. As England trailed, Del Castillo threatened to get in past Daly several times more.

Wiegman’s coolness under that pressure was remarkable, though the substitutes rather stole the show.

It turned out that Bright had been part of the emergency strategy all along. 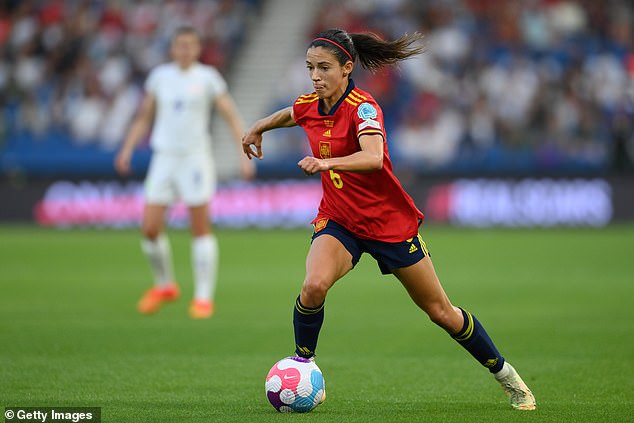 She was posted to the Spanish penalty box, where her substantial presence caused the momentary hesitation from Ana Batlle – fractionally too late in her advance towards Toone to prevent her fastening onto Russo’s ball to score.

Bright, in the six-yard box as that vital connection was made, wheeled in delight.

Wiegman had introduced Alex Greenwood for Daly by then – a change of personnel which looks best kept for the challenge of Sweden which probably lies ahead in Sheffield next Tuesday.

But Bright was the sentinel amidst the midst of this sound and fury. She punched the air when it was over and she had brought this England team home.