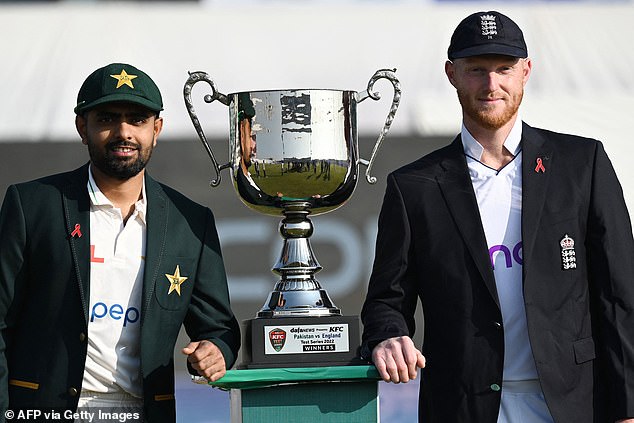 England’s first Test in Pakistan in 17 years goes ahead as planned, with the tourists able to field a team after a viral bug swept through their dressing room… as Will Jacks comes in to replace the unwell Ben Foakes for his debut

By Lawrence Booth for MailOnline and Sam Brookes For Mailonline

The first Test in Rawalpindi started on time on Thursday after the ECB told their Pakistani counterparts that they were ‘in a position to field an XI’ in time for the 10am start.

ECB medics spent the morning assessing the health of the touring party before reaching their decision, ending the possibility that England’s first Test in this country for 17 years would be delayed by 24 hours while the team recovered from the bug that has swept through the dressing-room.

As England prepared to make the eight-mile journey from their hotel in nearby Islamabad, Pakistan’s capital, it was unclear whether the team named by Ben Stokes on Tuesday would be the one that took the field.

The first Test between Pakistan and England has got underway, with the tourists able to field a team 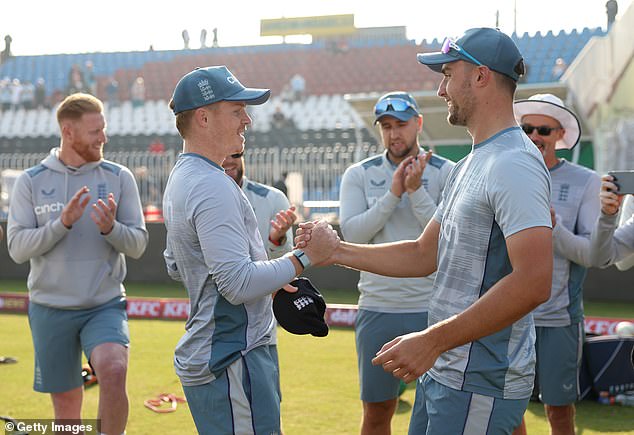 Yet the main emotion was relief, with a much-awaited series set to proceed – almost – as normal.

At the toss, England revealed that they had been forced into one change, with Will Jacks coming in to make his debut, replacing the unwell Ben Foakes.

This leaves England with four spinners in their ranks, with Jack Leach set to be assisted by Joe Root, Jacks, and fellow debutant Liam Livingstone.

England won the toss and opted to bat first, with Ben Duckett coming back in to open after six years out of the Test side.

When Pakistan come to bat, Ollie Pope will take the gloves in the absence of Foakes.

England won the toss and batted first, with Ben Duckett back into the team side to open