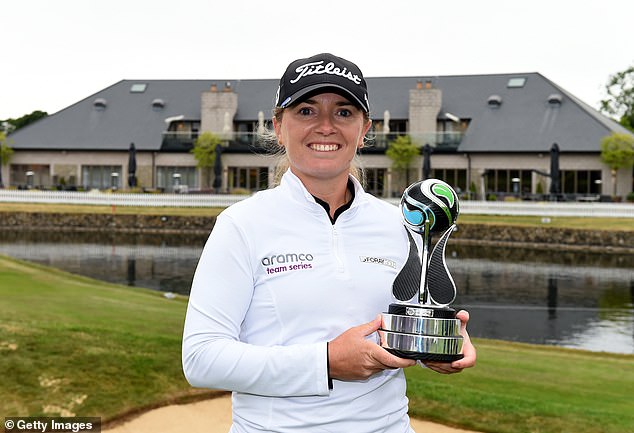 By Derek Hunter For Mail On Sunday

England’s Bronte Law sank a monster eagle putt on the final green to win the Aramco Series London by a single shot on Saturday.

See also  Will either Tiger Woods and Phil Mickelson make it to the Masters in Augusta next month?

Law had gone into the final round two shots off the lead and when she suffered an early wobble it appeared that her chances of victory were slipping away.

However, she finished strongly to set up an unlikely shot at glory on the final hole. And as Hall — who had finished on eight under par — looked on, Law spectacularly holed from around 50 feet to finish nine under and claim the win.

The event was played at the Centurion Golf club in St Albans — where the Saudi-backed LIV Golf tour had been played last week. Charl Schwartzel was the victor at that event — shooting seven under par to win almost £3.3million. Law’s score was two better than that, yet she will earn just over £60,000.

Law, 27, said afterwards: ‘I had to stay mentally strong and had to set my head straight before I got on to the next tee box. 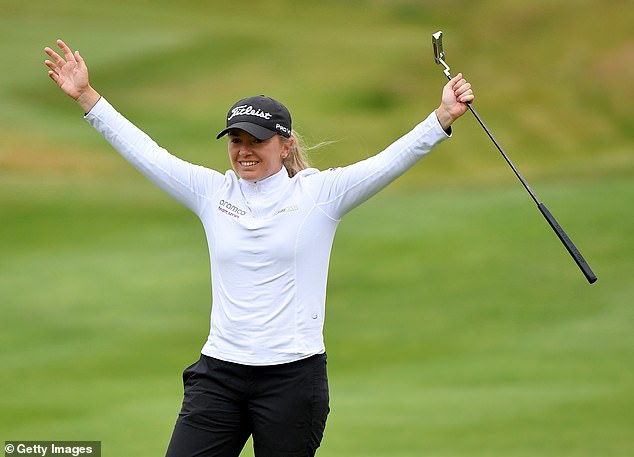 She added: ‘I did that and I hit the best shot I could’ve hit on that hole. I just knew I had to battle. It’s never over until it’s over and I guess it showed at the end there.’

Hayley Davis had been the overnight leader, but shot a nightmare seven-over par 80 on the final round to slip to tied ninth.

Winner Law’s card included three birdies and an eagle, but also a dropped shot at the fourth and a double bogey seven at the 13th. However, those slip ups weren’t enough to deny her victory at the 54-hole event.

See also  The Open: Sandy Lyle claims the 'hot name' is McIlroy but Tiger Woods will draw the biggest crowds

Sweden’s Linn Grant claimed third place with a final-round 69, which was the same score that another Englishwoman, Charley Hull, shot. Hull’s strong final showing was enough to claim a respectable fourth place.