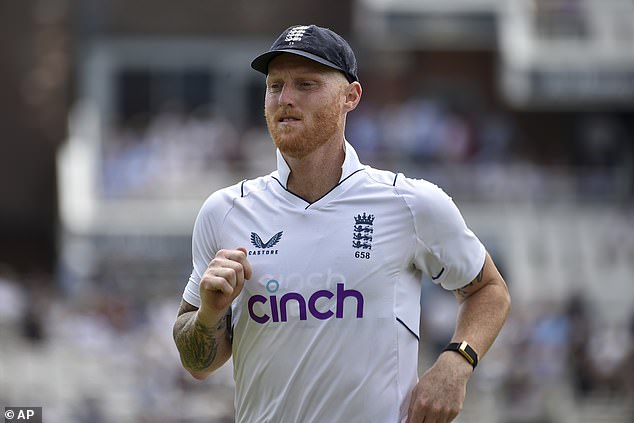 NASSER HUSSAIN: You have to be impressed with what you see from Ben Stokes the captain… erring on the side of positive but not reckless cricket, he backs people like Jack Leach and has instilled an attacking mindset into England

It is early days still but considering Ben Stokes did not have any real experience of red-ball captaincy before this series against New Zealand, you have to be impressed with what you see.

Watching this England side it is obvious who is leading the team. People will ask: ‘Don’t you get that all the time?’ No, I don’t think you do.

Sometimes it can be captaincy by committee, sometimes there is a lot of input from the outside to a captain but at the moment it is obvious who is wearing the armband. Stokes has good body language as a leader and he is always at mid-off chatting with, and cajoling, his bowler. 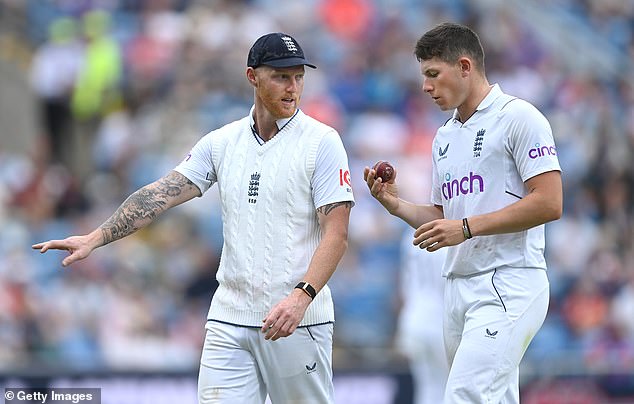 And he backs people. In the first hour yesterday he went with the left-arm spin of Jack Leach and was rewarded. Leach was under a bit of pressure but I have noticed both here and in Nottingham, where he was also introduced into the attack early, that Stokes is constantly behind him.

I also like the way he brings fielders up for his spinner. Last game, Leach got Tom Blundell out by having a man in at mid-off.

Then, before tea yesterday, although it ended up being a freak dismissal, had he not changed the long-on and invited the chance to hit him over the top, Henry Nicholls would not have gone for the expansive shot that cost him his wicket.

Captaincy tends to follow your personality and Stokes is erring on the side of positive, attacking but not reckless cricket. It is how he is as a batter. 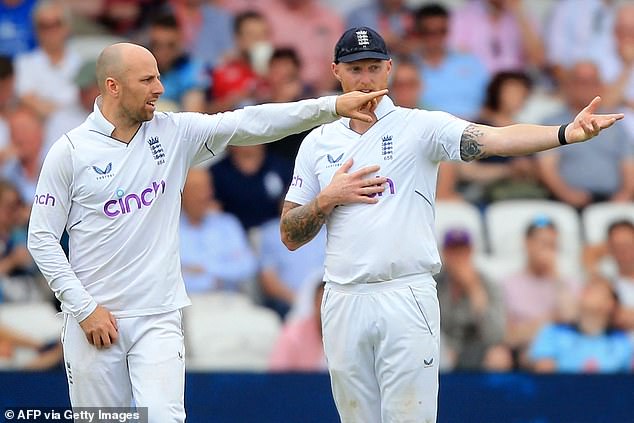 He has instilled an attacking mindset into England and although it is very much the start of his captaincy career, you would not recognise that from observing. He strikes me as someone who even when he was not captain would always be thinking about the game. Should we have that man back? Should the catchers be kept in?

He has made Stuart Broad and Jimmy Anderson buy into a fuller length, gives them a mid-off and mid-on, and moves fielders straighter to provide a bit of cover if they get driven for four.

You will never change two world-class bowlers like those two completely because they have been so successful at doing things their way and will occasionally switch back to their default setting as masters of their trade.

But they are hunting for wickets more and that is partly because Stokes is encouraging them to do so by giving them the field settings required to do that. 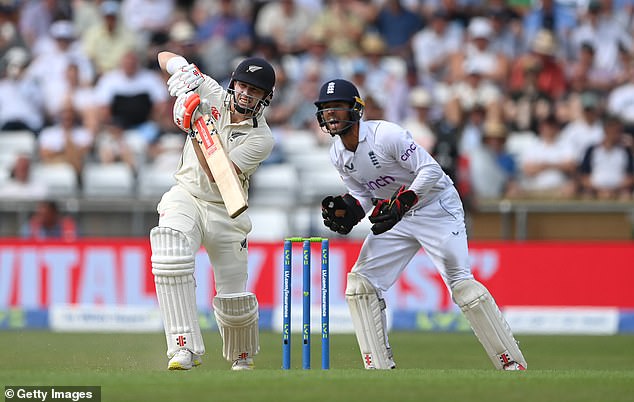 There have been positive signs of his leadership rubbing off on others too: Alex Lees came into this summer with a reputation as a bit of a blocker but has been encouraged to return to his naturally more aggressive game of his youth since the captaincy switch.

Leach showed with two for 75 from 30 overs that he can perform a holding role as a frontline spinner. There was talk last Test of Leach not having the drop and drift required by a top-class exponent of the art.

But Leach’s dismissal of Will Young was a classic example of getting that drop and drift, and the batter getting his pad in the way and not being able to access the ball. He deceived his opponent slightly in the air and it was a good sign that he can offer a threat — the odd one turned but not a lot — while performing that holding role.

Stokes did not bowl himself yesterday but when things have been going so well, and you have had a knee niggle, why would you and risk a long-term injury that might put you on the sidelines? 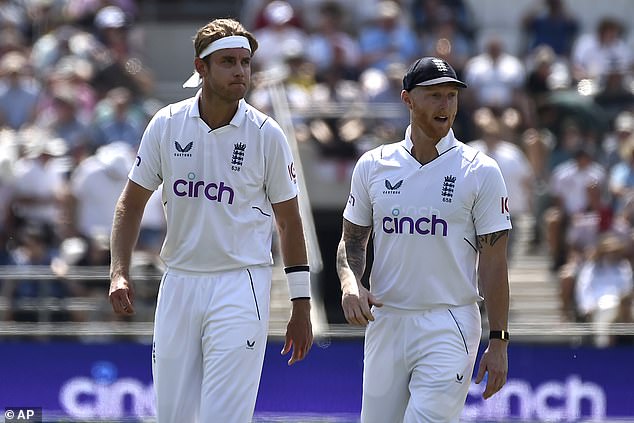 If the score was 200 for four, then we would perhaps have seen him have a bowl because he does not want to ask people to do things he is not prepared to do himself.

When you have one seamer on debut in Jamie Overton, and another Stuart Broad, who is 36 today, you do not want to run them into the ground and that is why he used Leach and Joe Root, who is under-valued as a bowler, more.

The challenge will be keeping the positive approach going when the team is under pressure, having been bowled out for a sub-150 score, like in the first match of this series at Lord’s.

But so far, so good with this new regime and there are a lot of good things to like about Stokes’ handling of the team.