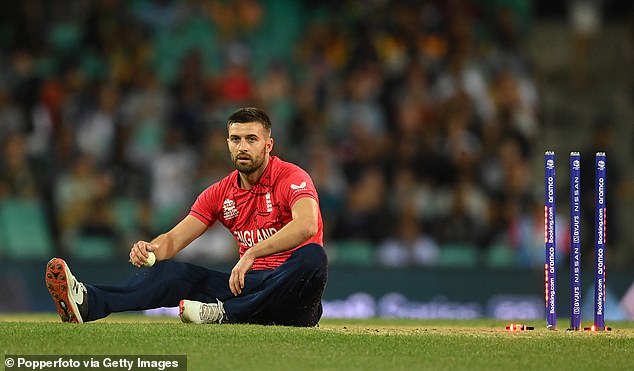 Mark Wood gave England an injury scare before their Twenty20 World Cup semi-final when he pulled up during Tuesday’s training session at the Adelaide Oval.

Wood was said to be suffering from ‘general stiffness’ and did not take any further part in the penultimate session before England take on India here on Thursday.

England are now keeping their fingers firmly crossed he will be fit for the mouth-watering clash after a tournament where he has consistently bowled well in excess of 90 miles per hour after recovering from an elbow injury that kept him out for the bulk of last summer.

Wood has been desperately unlucky with injuries, mainly being dogged by a chronic ankle problem, but England were optimistic that his latest issue is simply due to the demands of this tournament and that he will be fine to take on India.

If not then the likeliest replacement would be the similarly express paced Tymal Mills, who was promoted to the full squad here after injury to Reece Topley and has missed the birth of his second child, a son, to be at this tournament.

Dawid Malan had a fitness test on Tuesday on the groin problem he suffered during England’s last group stage win against Sri Lanka in Sydney but is still a major doubt for Thursday. 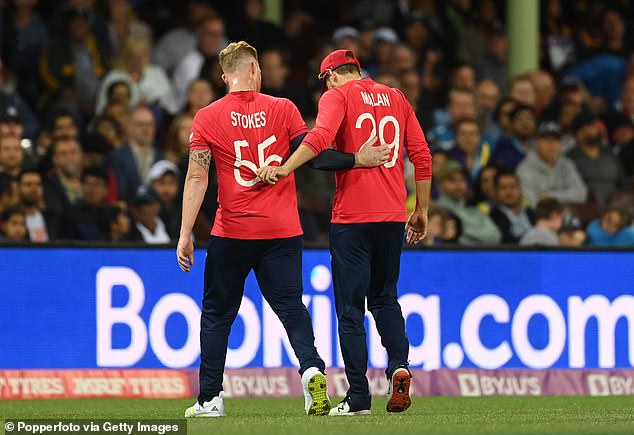 The likelihood is that Malan will stay with the squad because he could well be fit again and available for the final in Melbourne on Sunday should England get there. But Phil Salt remains set to replace him against India and bat at three.

There was drama during India’s practice when captain Rohit Sharma was struck a nasty blow on the hand while batting in the nets and immediately left for treatment.

For a while it looked as though Rohit had a real problem but he had recovered in time to resume his practice before India finished training and is said to be fit to take on England.

England were surprised when they arrived at the Adelaide Oval to discover they would be taking on India on another used pitch rather than a fresh one for this showcase semi-final. 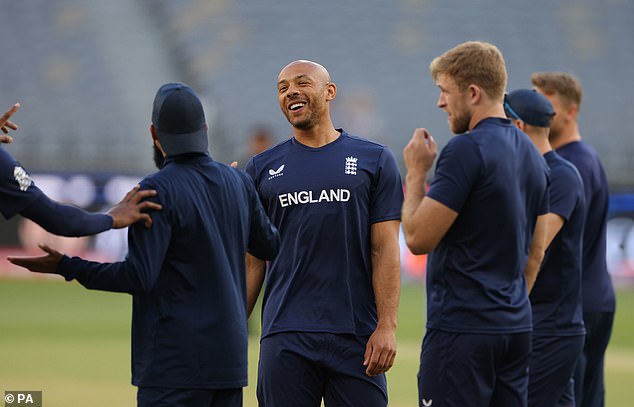 It will be a surface more akin to a sub-continental pitch rather than an Australian one and should make India feel right at home. But England were said to be relaxed about the situation even though winning the toss and batting first now appears paramount to their hopes.

‘The ICC does not have a rule about the use of fresh or used pitches for any match,’ insisted a spokesperson.

‘Decisions are based on a number of considerations, including the rotation of pitches curated for a tournament and the management of available playing surfaces. It does not necessarily follow that a new pitch will be better than a used one.’

Ben Stokes insists England will be able to adapt to conditions, saying: ‘We’ll have to wait and see what the wicket does on Thursday but it will be about assessing and adapting to whatever situation we have in front of us.’