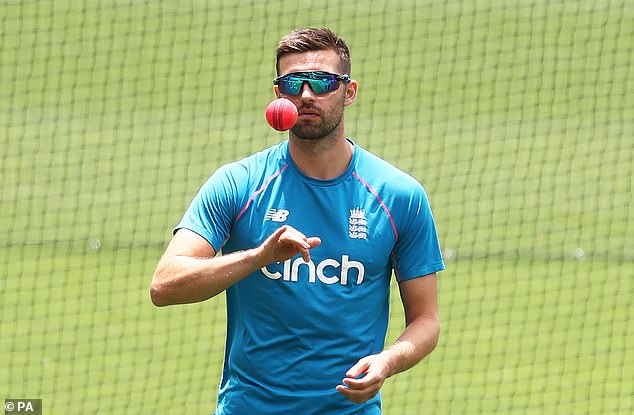 England’s new Test era ran into familiar problems on Thursday when an already inexperienced attack lost two of its key components in Ollie Robinson and Mark Wood to injury and illness.

The sight in particular of Robinson walking off with a recurrence of the back trouble that affected him at the end of the Ashes was a worrying one for England just five days before they launch their latest red-ball re-set in the first Test against West Indies.

Meanwhile Wood, their best bowler by a distance in a disastrous tour of Australia, was absent from the Coolidge Ground all day after feeling unwell on Wednesday and faces going into the first of three Tests with little or no Caribbean match practice under his belt.

It is the last thing Joe Root needed after the controversial call to leave both Jimmy Anderson and Stuart Broad at home and instead ask his other bowlers to stand up and display leadership qualities during a series the captain cannot afford to lose.

Even if Robinson is fit to take his part in the last day of the warm-up match against a West Indies President’s XI on Friday it would be a big risk to play him at the Sir Viv Richards Stadium in what is likely to be, with Ben Stokes unfit to bowl, a four-man attack.

The Sussex bowler again showed in Australia he has the ability to thrive on the biggest stages but persistent fitness issues are now casting a cloud over his role in an England future without the big two, particularly in overseas conditions.

See also  IND vs SA: I Aim To Do Well Against South Africa If Given A Chance, Not Worried About ODI Or Test Selection

Robinson suffered hamstring and shoulder problems during the Ashes before his first senior tour came to a controversial end when bowling coach Jon Lewis questioned his physical fitness for international cricket in the wake of a back spasm at Hobart.

He has had six weeks to try to get into better shape for this tour. -and got engaged in the process – but Robinson lasted just half an hour on Thursday before gingerly walking off mid-over after taking the early wicket of Devon Thomas. 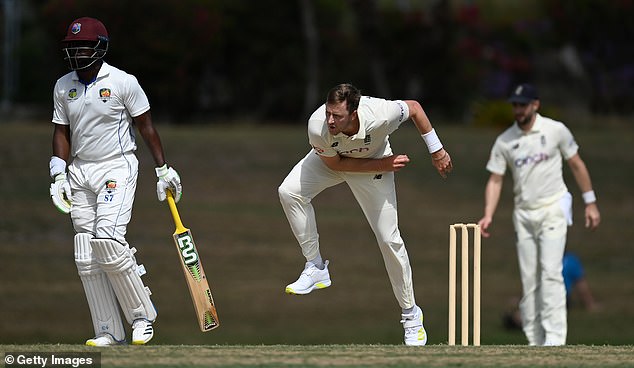 His absence created opportunities for England’s uncapped newcomers Saqib Mahmood and Matt Fisher alongside Chris Woakes and Craig Overton but nobody took them on Thursday on an admittedly desperately slow pitch that was better suited to spin.

There was also success for the occasional off-spin of Dan Lawrence who said after making 83 that he has worked hard on his bowling and then took the wicket of Alick Athanaze with his second ball. Lawrence added a second victim in Shane Dowrich.

In the absence of a stand-out seamer Jack Leach improved his slim chances of playing in the first Test with a long bowl and four wickets as the home side reached 263 that featured a hundred for Raymon Reifer in reply to England’s 466 for six declared. England increased their lead to 279 by the close for the loss of Alex Lees, Stokes and Zak Crawley.