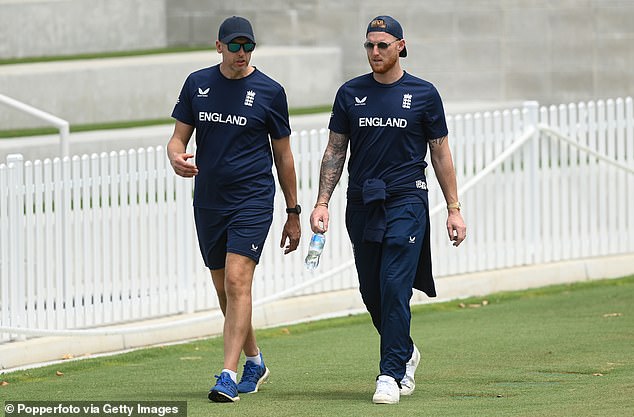 By Paul Newman In Brisbane

The sight of Ben Stokes doing laps of Allan Border Field here on Monday in conversation with the England doctor was a reminder of the value and potential fragility of their prize asset.

England insisted there was no cause for alarm in Stokes missing training for a second day running other than to have a stroll with Glen Rae around Brisbane’s iconic facility ahead of a Twenty20 World Cup game against New Zealand on Tuesday they cannot afford to lose.

All practices are optional these days, with England’s players trusted to know how much batting, bowling and fielding they need to prepare for a diet of near non-stop cricket. 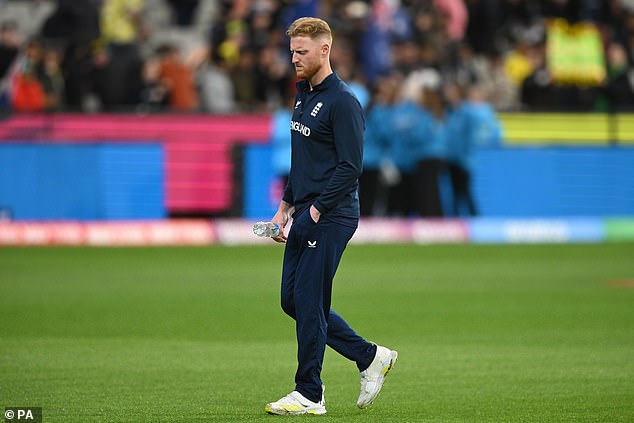 But eyebrows were always going to be raised when the only player who did not initially show up on Monday ahead of a game that could define the immediate future of the England white-ball side was the talismanic figure of Stokes.

The issue, it seems, is the management of that acute injury to Stokes left knee that shows no signs of clearing up and has almost certainly had as much cortisone as it can healthily take.

It will not keep him out of a reunion with the nation of his birth he so memorably denied winning the 50-over World Cup on that incredible day at Lord’s three years ago. And no doubt Stokes will throw himself into the fray on Tuesday with his usual super-human gusto.

But England need to be careful they do not risk breaking a Test captain who has sensibly given up 50-over cricket because of the demands placed on him and will on Tuesday be at the centre of their attempts with ball, bat and in the field to stay in this World Cup. 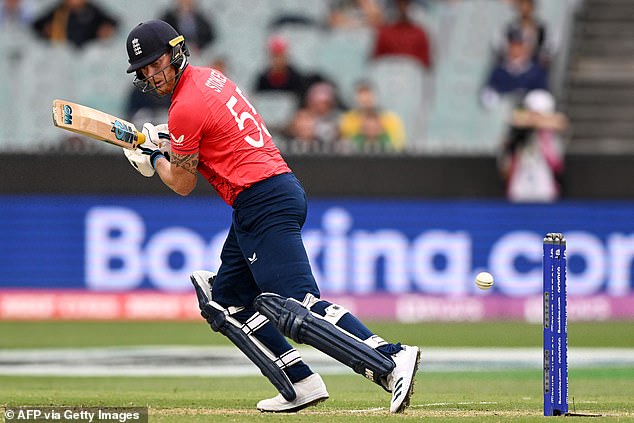 The immediate priority is for Stokes to show against New Zealand that he can influence a Twenty20 game with the bat just as dramatically as he can in both Test and, when he played it, 50-over cricket.

Admittedly, bad weather in Australia has made the sample size a small one but he is yet to prove he is the right man to bat in the key position of four that England have been so keen to give him in the hope it will unlock his full potential in this format.

One man convinced Stokes will soon be proving his batting effectiveness in the shortest international format, dodgy knee and all, is the only English captain to have held the Twenty20 World Cup aloft in Paul Collingwood.

‘There have been a couple of wickets here that have been difficult to find any rhythm on,’ said Collingwood, England’s assistant coach, in justification of the lack of impact of Stokes against Afghanistan and Ireland. ‘But we all know what Stokesey can do.

‘He’s one innings away from doing something special and when you go into a big game like this you want your big players you know can perform under pressure. When the pressure’s on if there’s one person you’d like to go out and bat for you it’s Ben Stokes.’ 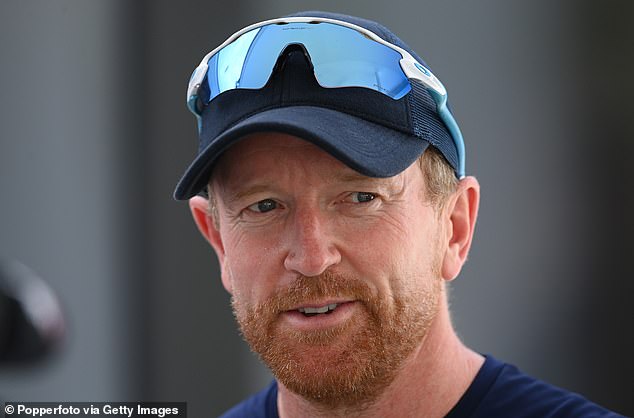 How England could do with the real Ben Stokes today. Lose to a formidable looking New Zealand team and their World Cup will be all but over and the ‘new era’ they talked about at the start of this trip would look more like a false dawn.

Win and they will then need to beat Chris Silverwood’s Sri Lanka in Sydney on Saturday to, net run-rate permitting, qualify for the semi-final spot that should be the minimum requirement of such a powerful and successful England team.

Collingwood has been here before, not least when rain provided an early threat to England in that successful World T20 campaign in the Caribbean 12 years ago. And he is convinced there is still time for Jos Buttler’s England to move through the T20 gears.

‘You always want to build momentum throughout the tournament,’ said Collingwood. ‘You don’t want to play your best cricket in the first couple of matches and then teeter off. It’s probably better the other way round.

‘I can remember in 2010 we were almost like a juggernaut once we got going and the guys understood their roles in the side and once the confidence started building we were very hard to stop. Hopefully this game will be the kickstart we need.’

Nothing would be better for that confidence than another kick-start from Stokes at such a crucial time for England’s post-Eoin Morgan white-ball development. 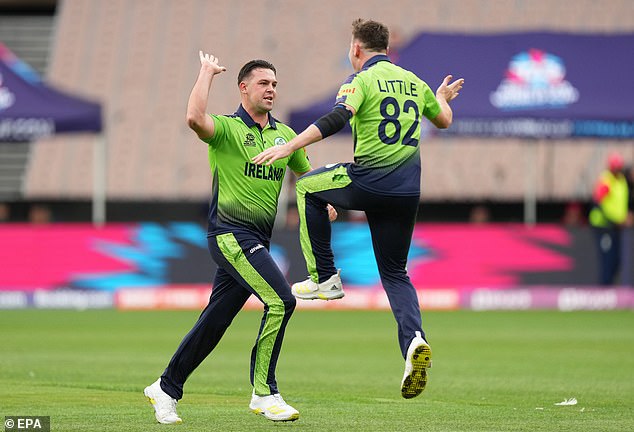