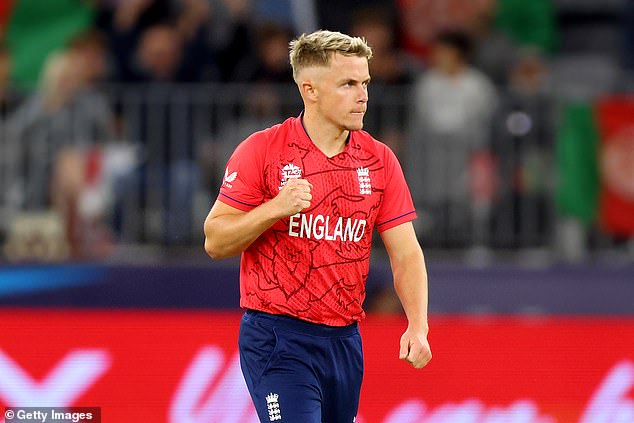 They may have stuttered on their way to what should have been a straightforward target but England could not have wished for a better start to this Twenty20 World Cup.

Not only did they produce a polished display, at least in the field, to brush aside Afghanistan here but they also saw defending champions Australia thrashed by New Zealand in Sydney in their Super 12 group and suffer a potentially crippling net run-rate.

England will settle for that on an opening day when Sam Curran returned the best figures by an Englishman in Twenty20 internationals and then Liam Livingstone steered them past Afghanistan’s below par 112 all out with five wickets and 11 balls to spare. 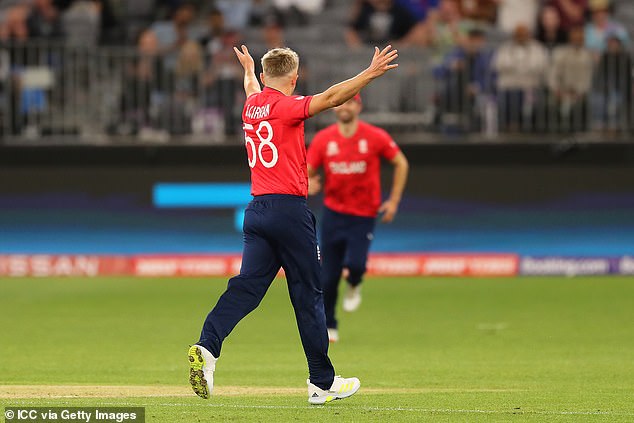 Now England travel to Melbourne to take on Ireland in their second match on Wednesday having extended their unbeaten record so far on this tour to five matches, their crushing warm-up victory over Australia followed by an effective start to this tournament.

From the moment Mark Wood struck with his first ball at the start of the third over, having Rahmanullah Gurbaz caught behind, and hit 96 miles per hour with his second, this was an electric performance in the field from England.

Wood, forced out of the last T20 World Cup through injury without taking a wicket, went on to produce the fastest four-over spell in any short-form World Cup, averaging 92.6, while England backed him and the rest of the attack up with catching of the highest class. 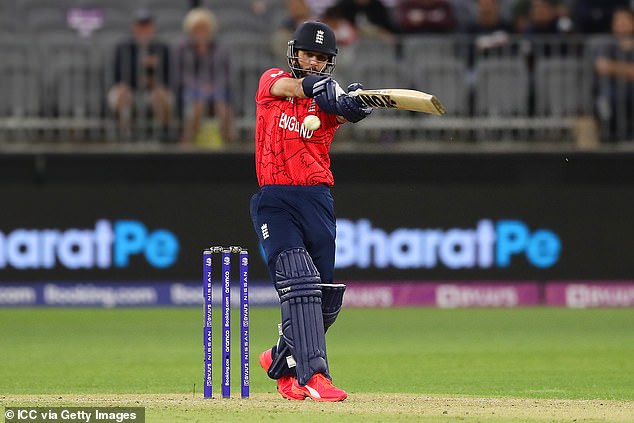 They had declared their attacking intentions by packing their side with batting, including the fit-again Livingstone, and were very much on the front foot with the ball and in the field after Jos Buttler had elected to chase.

Buttler, who has visibly grown into the captaincy in the build-up to this World Cup after a difficult first summer in charge, threw the new ball to Ben Stokes, a tactic he introduced in the warm-ups here, and was rewarded with an excellent performance from a Test captain still to produce his best in this form of the game.

The last time Stokes played in a Twenty20 World Cup was six years ago in Kolkata when his last four balls in the final were each dispatched for six by Carlos Braithwaite and West Indies snatched the tournament from England’s grasp. 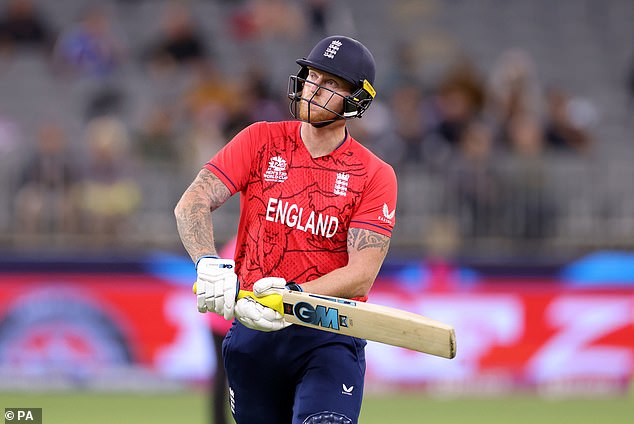 However, they floundered slightly in their chase with a number of wickets falling 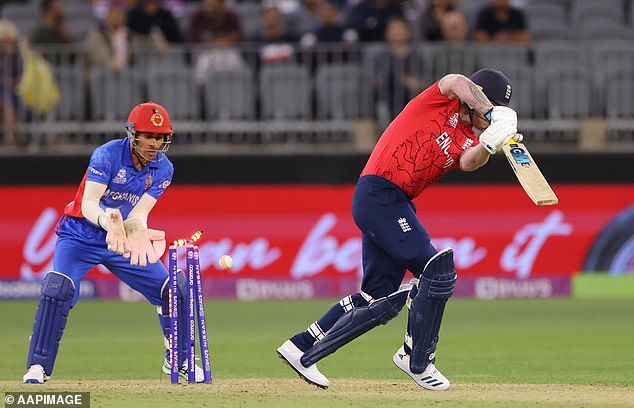 This time Stokes was superb and conceded just 19 runs from his four overs while taking two wickets, both earned by outstanding catches from an England side brimming with confidence at the start of this tournament.

First Livingstone ran in from the boundary of this big Perth outfield, dived and caught Hazrat Zazai millimetres from the ground. Then Adil Rashid, not known for his fielding, ran back and pulled off a superb grab over his shoulder to send back Najibullah Zadran.

But the best example of England’s athleticism came from the captain, Buttler leaping to his left to take a sensational diving catch after Mohammad Nabi had deflected a rapid Wood delivery down the legside.

Afghanistan simply could not cope against England’s pace on a pitch with good pace and carry, as befits this part of Australia, and when Curran took two wickets in successive balls they were soon hurried towards their demise. 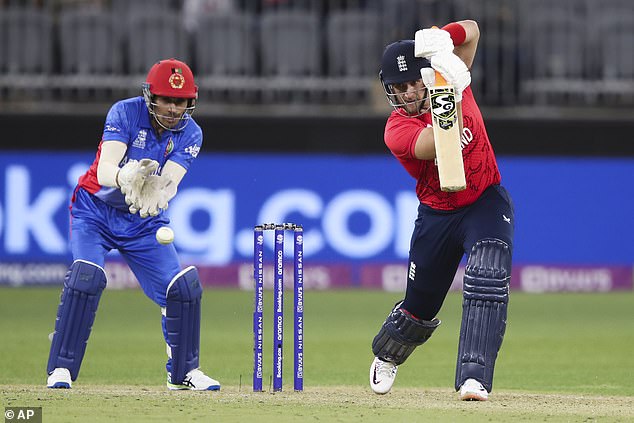 England’s only blemish during a near perfect fielding performance came when Alex Hales was unable to hold on to a diving chance at point to reprieve Fareed Ahmed off Chris Woakes, who was declared fit after a stomach muscle problem to take the place vacated by the unfortunate Reece Topley ahead of David Willey.

When Curran, another England player superb in the build-up to this tournament, took two wickets in the final over Afghanistan had been hurried out with two balls wasted and the left-armer had the remarkable figures of five for 10. Ultimately Afghanistan’s late collapse proved crucial.

Curran had spoken here of his disappointment about missing out on last year’s Twenty20 World Cup through injury but he has now made an immediate impact on this one as the first England bowler to take a five-wicket haul in a T20 international.

‘At the start of the game I didn’t expect to be walking off like that but it was a great performance by the boys,’ said Curran. ‘We’ve worked hard on our fielding because we know it’s going to be important in this tournament. Liam got us started with that great catch and that set the standard for the rest of the innings.’

England’s batting was not nearly as good. Buttler fell cheaply while Hales, the one England batter starting to come under any sort of pressure, was dropped twice before he finally fell on 19.

When Stokes, possibly with an eye on net run-rate, was bowled advancing to Mohammad Nabi, England were 65 for three in the 11th over and forced to take stock.

Dawid Malan was the victim of an Afghanistan outstanding catch, Mohammad Nabi diving at cover, after taking up 30 balls for his 18 while Harry Brook holed out for seven.

No matter. Livingstone, back ahead of schedule after damaging his ankle slipping on a curb in August, ensured there were no further alarms, taking England home with an unbeaten 29 off 21 balls in company with Moeen Ali. Job done. Both here and in Sydney.

Re-live Sportsmail’s live coverage of England’s win over Afghanistan, brought to you by OLLIE LEWIS.