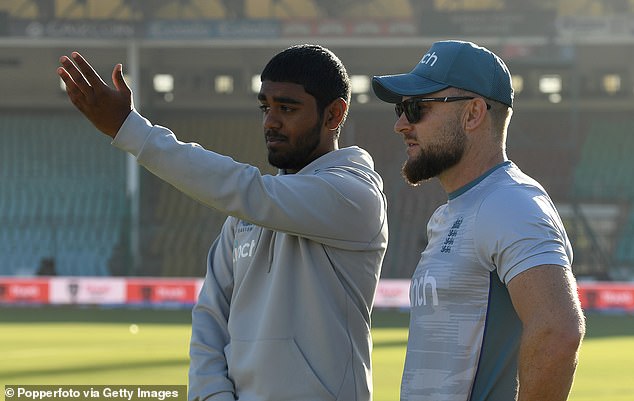 McCullum, who has overseen a remarkable transformation in England’s fortunes since taking over at the start of last summer, ended the historic tour by heaping praise on an 18-year-old who took seven wickets in the whitewash completing third Test win in Karachi.

‘It’s a great story,’ said the England coach before returning home to New Zealand ‘for a bit of golf and a couple of glasses of red’.

‘He’s a young kid but has a tremendous attitude, a high ceiling, a bit of x-factor and the potential to wow the world which is pretty cool.

‘To see that at such a young age and to have done what he has done is amazing. It’s been an important thing for the group too. When Rehan got his cap and we saw what it meant there were quite a few emotional people in the dressing room. It means so much.’

The key now is what comes next for a gifted all-round prospect who has long been on England’s radar since emerging from the Leicestershire academy after, in an unusual reversal, moving on from their bigger neighbour in Nottinghamshire. 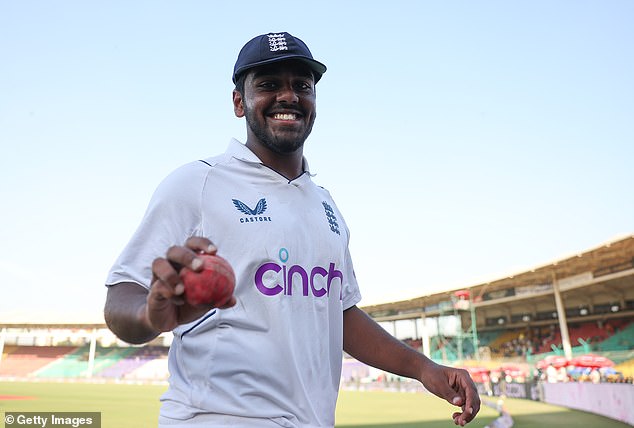 Paul Nixon, the Leicestershire coach, has been working in Pakistan and said on the talkSPORT Following On podcast that his county’s attempts to provide turning pitches to suit Ahmed and their ‘No1’ spinner Callum Parkinson had been frowned upon by ECB. But that they would continue to give him every first-team opportunity possible.

Ahmed will be named in the Test squad to tour New Zealand in February but the modern England do not believe the all-important experience he needs now has to be in first-class cricket and he will enter Friday’s Indian Premier League auction with McCullum’s blessing. 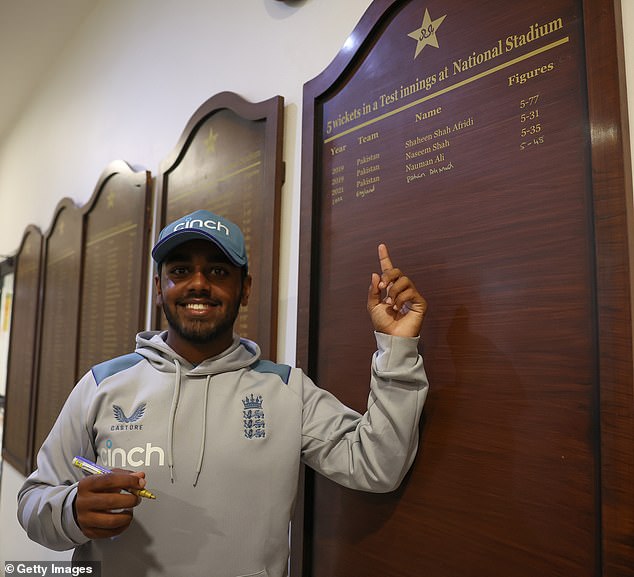 ‘We will have to look after him and encourage him to get as much experience of conditions and franchise tournaments as possible with different coaches and players to allow that talent to come out,’ said McCullum.

‘Seeing a kid given his chance at 18 to live his dream and dominate in a Test match is a great message to other talented youngsters who might be brilliant at a lot of sports. Maybe it will spark something in them and we will see others coming through. If that happens then Rehan will be a pioneer.’

The New Zealander was also full of praise for his captain Ben Stokes who, he revealed, has been struggling with the virus that has affected the England camp to a far greater degree than they have let on throughout a momentous series.

‘Stokesey was unbelievably ill in the second game but he never talked about it,’ said McCullum. ‘He was just concerned about the other guys, trying to work out who was going to take the field. Jack Leach was crook and was pretty much a non-starter but Ben went to his room and said ‘you’re playing. I’ll get you through. I desperately need you in the team because you’re so important to us’. That’s a pretty powerful message.’ 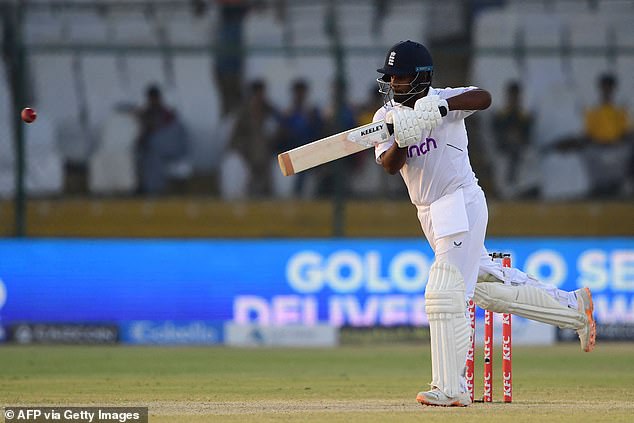 McCullum has clearly played a huge part in what is becoming one of the most significant developments in Test history alongside Stokes after Rob Key’s masterstroke in putting them together with England close to their lowest ebb.

But, as ever, he was reluctant to accept any credit for his role as he prepared for his downtime before England arrive in his native New Zealand for those two Tests.

‘I do bugger all to be honest,’ insisted McCullum. ‘I stay out of the way but if the players confidence dips I just remind them what gives them their greatest chance and make sure they are having a good time.’

McCullum is making sure the whole of English cricket is having a good time.