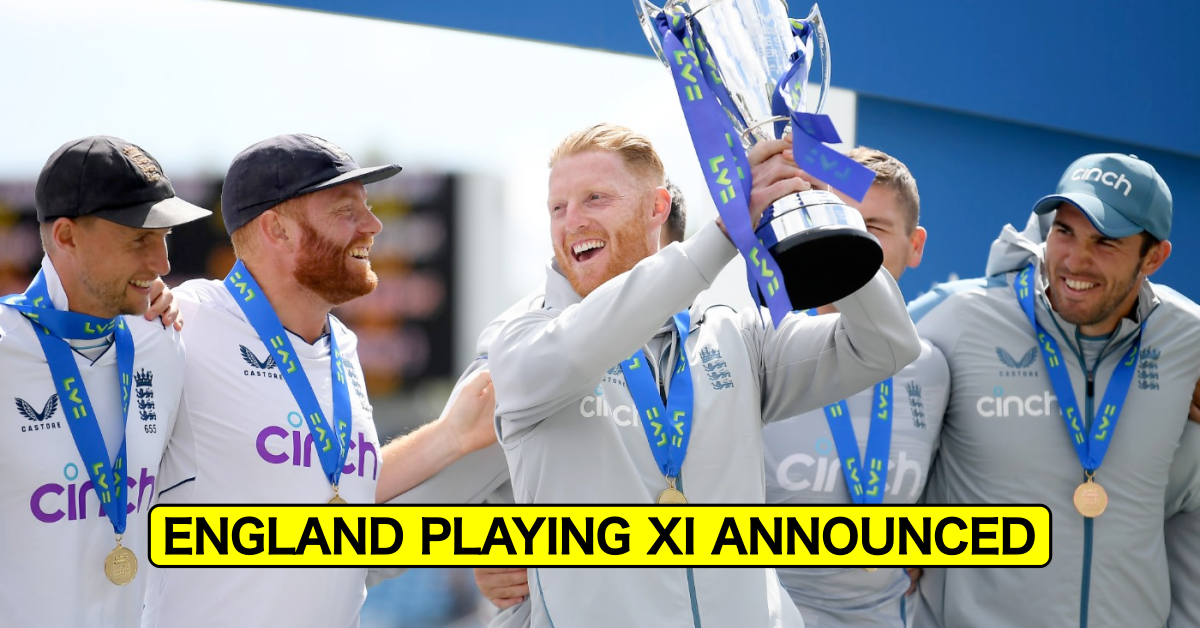 England has confirmed its playing XI for the upcoming fifth and final Test against India set to be played at Edgbaston starting from July 1, Friday.

Ben Stokes will lead the side against the visitors, who currently lead the series by a 2-1 margin. At the top, Alex Lees and Zak Crawley continue to open while Ollie Pope remains at No. 3.

In-form batters, Joe Root and Jonny Bairstow come in next with skipper, Ben Stokes set to be the only all-rounder in the team. Sam Billings will don the gloves with Ben Foakes set to miss after contracting covid-19 last week.

Our XI for the fifth LV= Insurance Test with @BCCI 🏏

The bowling attack will be led by James Anderson, who returns to the side after being rested for the third Test against New Zealand. He will have Stuart Broad and Matthew Potts alongside him, with Jack Leach being the lone spinner.

See also  How India can make it to semifinal, all scenarios explained

The Englishmen are coming into the Test on the back of a 3-0 whitewash over WTC Champions, New Zealand. The bowling attack is in good form while the batting order is being carried by Yorkshire men, Root and Bairstow.

India leads the series 2-1 after four games, with the first one having ended in a draw last year. The fifth Test in Manchester was postponed due to a covid-19 outbreak in the Indian camp.

Also Read: ENG vs IND: He Is Ticking All The Right Boxes, He Is Doing What He Needs To Do – Rahul Dravid On Virat Kohli