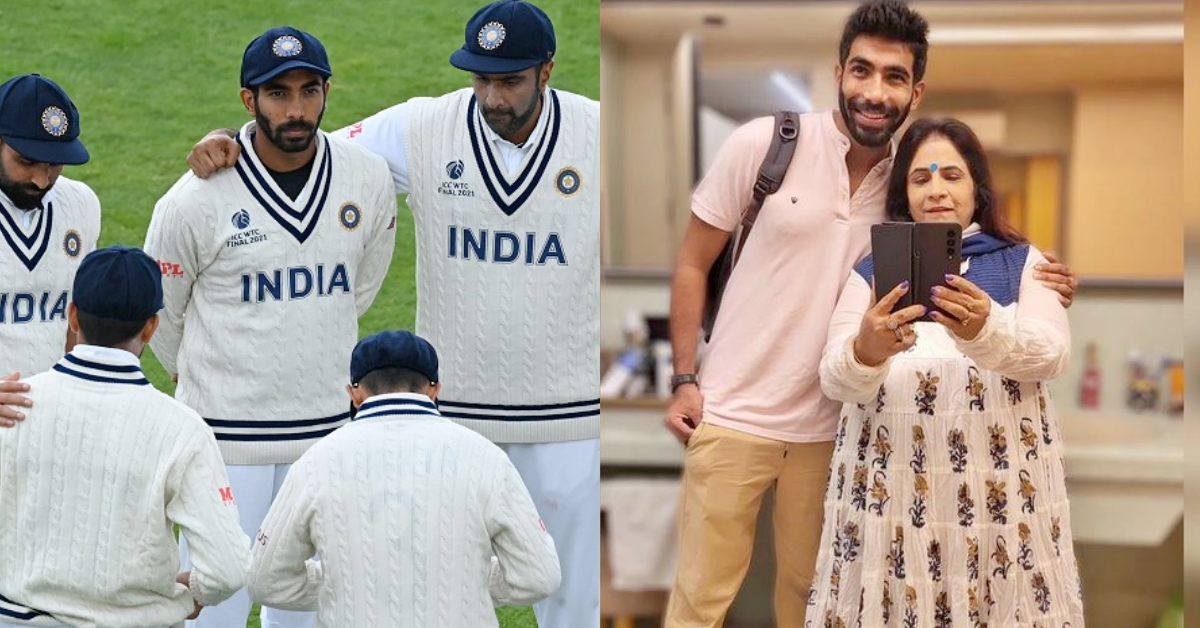 Sanjana Ganesan, wife of new India Test captain Jasprit Bumrah shared the joy his mother Daljit Kaur felt after the fast bowler was confirmed to lead India in the rescheduled fifth Test against England which begins on July 1 in Edgbaston.

On Thursday, June 30 it was announced by the BCCI that Rohit Sharma had failed to recover from Covid-19 and tested positive once again in the RAT test, ruling him out of the fifth Test against England. They also added that Jasprit Bumrah will captain the Indian team in the match, while Rishabh Pant will be the vice-captain.

This will make Jasprit Bumrah only the second fast bowler to captain India after the great Kapil Dev.

Speaking to ICC, Ganesan revealed that Bumrah’s mother was very happy and even had a few tips and tricks to provide to the Indian pacer ahead of his first assignment as skipper.

“She’s very excited. She’s always liked to see him do well, because he loves the sport and she’s literally seen the entire journey he’s gone through to get to where he is. She was ecstatic when she found out. She had tons of tips and tricks, even though she’s never played cricket herself! Like a mother does, she told him, ‘This should be how you think, and this should be what you do. It was very nice to see, and she was very happy and proud of him,” said Ganesan.

Furthermore, Ganesan also revealed that Bumrah was given enough time to absorb the news of him captaining the Indian team in such a high-stakes match, which has the series on the line, despite India leading 2-1.

“He hasn’t had it all in one impact, because it [the confirmation of the news] has been pretty trickled. In the sense that we had to wait for a result from Rohit [Sharma] to find out whether or not Jasprit will be leading the side. So it was a lot of wait-and-watch, because there were (Covid-19) tests in the morning and evening, and they wanted to be entirely sure they were doing everything they could to give Rohit a fair chance to come back and play this Test.

“[Bumrah] got a lot of time to absorb and understand that this was really happening. He’s proud and definitely very happy about it. I don’t know if there is a little bit of nerves, but he’s had enough time to absorb it all,” said Ganesan.

Bumrah will become the 36th Indian to lead India in a Test match.