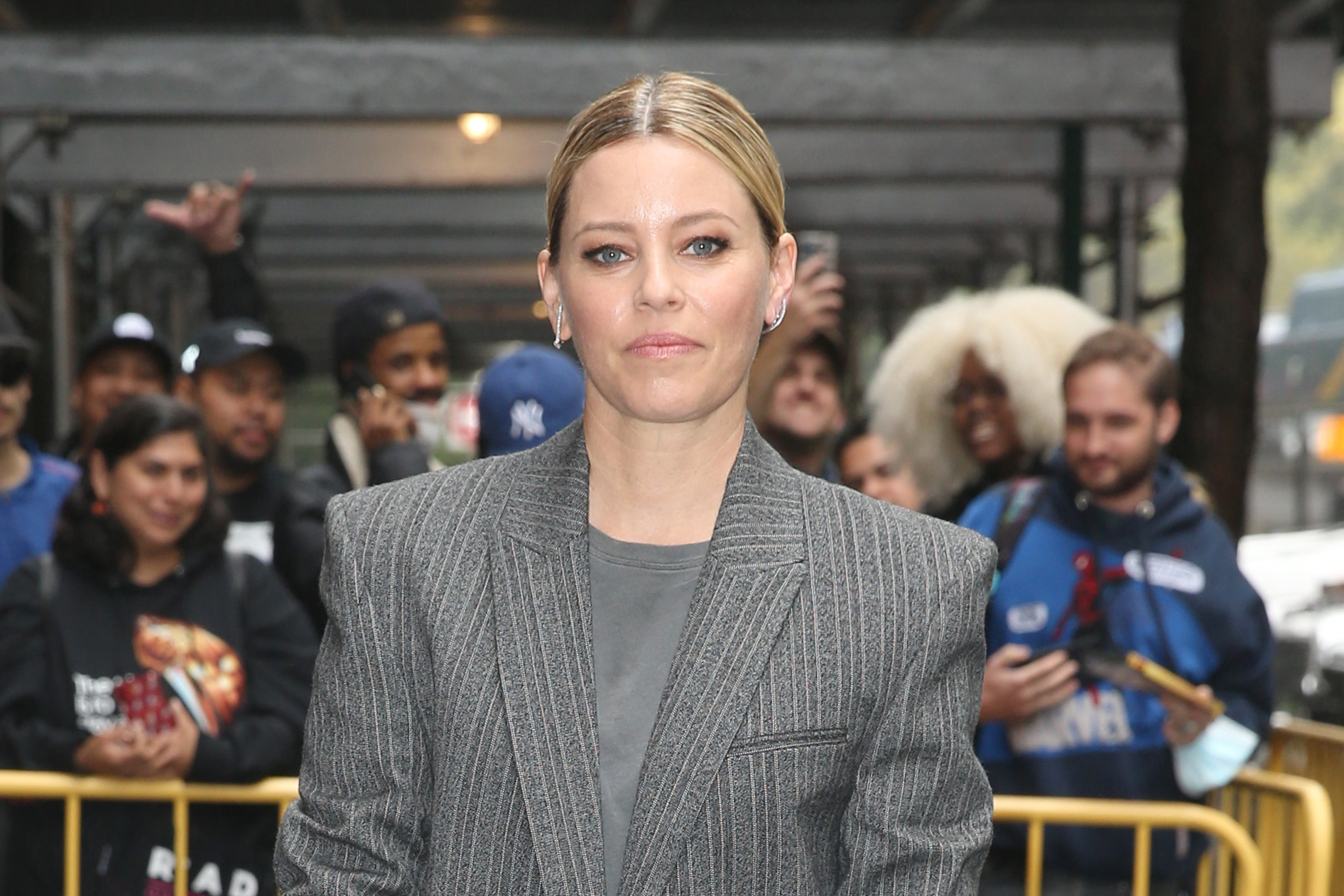 Elizabeth Banks looked sophisticated while promoting her new film, “Call Jane,” this morning. The actress and producer stopped by “The View” to continue her press tour run in a stylishly layered look.

Photographed outside the television show studio in New York City, Banks was seen wearing a gray oversized striped blazer atop a coordinated t-shirt dress. She kept the blazer sleeves rolled up, adding opera leather gloves to her look. The whole outfit was completed by a rhinestone chain midi skirt that she coupled with the tops.

Her blonde hair was slicked back in a bun, emphasizing her beautiful eye makeup, popping pink blush, and shiny lip gloss. When it came to jewelry, she donned a pair of silver earrings kindred to the embellished skirt.

For footwear, Banks strapped into a classic pair of leather black pumps coordinating with the leather gloves. The shoe style featured a stiletto heel of 4 to 5 inches, helping to elevate the wearer’s look. The “Hunger Games” star styled the pumps with sheer tights, which is a foolproof styling hack when it comes to unpredictable temperatures.

Banks’ style can be described as ultramodern, from her picturesque gowns to her kaleidoscopic shoe wardrobe. Last week, the producer and director wore another pointed-toe silhouette by Sophia Webster to the “Call Jane” premiere in Los Angeles.

“Call Jane” is inspired by true events. The film, starring Sigourney Weaver and Chris Messina, is centered around Joy, a housewife who learns her pregnancy poses a threat to her own life and joins the Jane Collective to fight for abortion rights. “Call Jane” will hit theatres this Friday, Oct. 28.