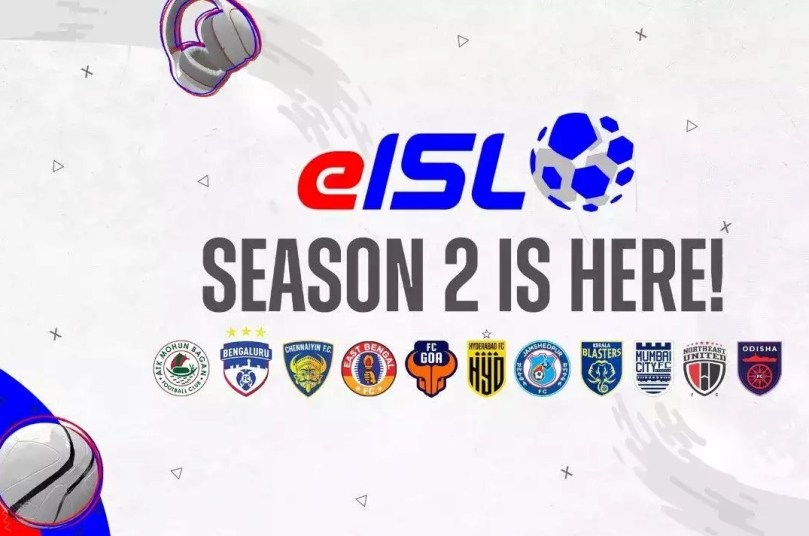 eISL Season 2: ISL host eSports tournament – Football Sports Development Limited (FSDL) today announced the second edition of eISL, its esports venture in collaboration with EA SPORTSTM and with NODWIN Gaming continuing as the strategic partner. Hero Indian Super League is the only major sports league in India with an official football esports competition and the new season is set to be played between February and May 2023 in a league and playoff format leading up to the final in May to determine the Champions. Follow eISL Season 2 Updates with InsideSport.IN.

The second season will see the champions of the eISL having an opportunity to play in the qualifiers of the EA SPORTSTM FIFA 23 Global Series (FGS). The pinnacle of football esports globally, playing in the FGS provides up and coming Indian esports players an opportunity to compete with the best in the business from throughout the world.

The season will have participation of all 11 Hero ISL clubs, represented by 22 esports athletes through retention and club qualifiers. Introducing the retention policy, each club can retain one of their players from the previous season. The online club qualifiers will take place between January 10 and 15th 2023.

Aspiring gamers will compete in a total of 11 online qualifiers – 1 qualifier per club with each club having two esports athletes on their roster. Registrations for the qualifiers, with a minimum age to enter being 16, will be held on ESL Play. This season is set to witness 62 matches played in a 1 vs 1 format with the entire league phase being played online. The playoffs and final shall be played as a LAN event with the champions qualifying for the EA SPORTSTM FIFA 23 GLOBAL SERIES (FGS) Play-in tournament.

Announcing the second season of eISL, FSDL spokesperson said, “We are extremely excited to announce the second edition of eISL in association with EA SPORTSTM and NODWIN Gaming. With eISL, we have created a highly interactive experience leveraging the evolving football consumption trends in conjunction with the rapidly growing esports industry.”

“Celebrating the success of the first season, we look forward to offering yet another exciting season of eISL as we continue to engage with our young football fans.”

“We are delighted to welcome eISL back to EA SPORTS FIFA Global Series this season,” said Sam Turkbas, EA SPORTS FIFA Esports Commissioner. “The eISL tournament embodies the best of Indian football and esports, with incredible competition increasing community engagement at all levels.”

Mr. Akshat Rathee, MD & Co-Founder, NODWIN Gaming, said, “We are delighted to host FSDL’s second edition of eISL. Football is passionately loved and followed by fans across the world and organising the esports variant of the game is super exciting for us. More so, because the winners of this series will get the opportunity of a lifetime to take part in the FIFA Global Series Play-in tournament.”

FSDL hosted the inaugural edition of eISL, offering fans another avenue to engage with Indian Football. The season ran in parallel to the 2021-22 Hero ISL season, and was an exciting and engaging tournament for football and esports fans alike, with close to 2,000 players vying to qualify for the first season. Earlier this year, FSDL signed an MoU with leading German global football league Deutsche Fußball Liga (DFL).

The FSDL-DFL MoU focuses on several areas of collaboration, possible club initiatives and exchange of experiences around fan engagement, as well as a strong focus on leveraging the latest technology and innovation, a key area being football esports. The partnership is testament to the efforts of FSDL and its growing stature internationally.

The esports industry has been growing at a rapid pace with a continued increase in the number of teams and players. According to the FICCI-EY Media and Entertainment Report 2022, the number of esports players doubled from 300,000 in 2020 to 600,000 in 2021 leading to a growth of over 50% in esports teams from 60,000 in 2020 to 100,000 in 2021. The spike in participation has resulted in esports revenues growing by 29% from INR 7.5 billion in 2020 to INR 9.7 billion in 2021. The second season of eISL further re-iterates FSDL’s intent to invest in the burgeoning Indian esports industry.