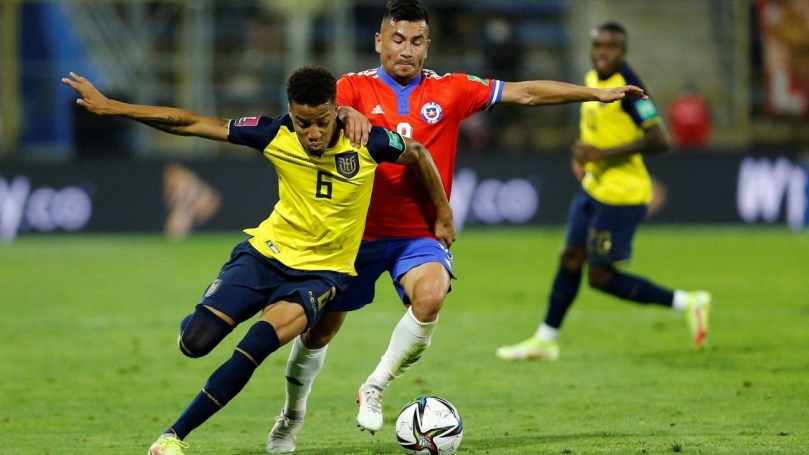 FIFA 2022 World Cup: Ecuador will play at the 2022 World Cup after FIFA dismissed an appeal in the case of Ecuadorean player Byron Castillo whom Chile claimed was ineligible for the qualifiers, world soccer’s governing body said on Friday. Follow InsideSport.IN For Football Latest updates

Chile had appealed FIFA’s June 10 decision to dismiss their complaint that Castillo was born in Tumaco, Colombia in 1995 and not in the Ecuadorean city of General Villamil Playas in 1998, as stated on his official documents.

“Having analysed the submissions of all parties and after a hearing had been conducted, the Appeal Committee confirmed the decision of the Disciplinary Committee to close the proceedings initiated against the FEF (Ecuadorean Football Association),” FIFA said in a statement.

“Amongst other considerations, it deemed that on the basis of the documents presented, the player was to be considered as holding permanent Ecuadorean nationality in accordance with… FIFA Regulations Governing the Application of the Statutes.”

The Chilean Football Federation confirmed it would appeal the decision at the Court of Arbitration for Sport (CAS).

“This is a dark day for football and for the credibility of the system… Of course, we will refer this to the Court of Arbitration for Sport,” Jorge Yunge, general secretary of the Chilean Football Federation, said.

“The weight of evidence is clear and we urge the Appeal Committee to deliver the grounds of the decision very quickly because there were enough unjustifiable delays and postponements in this case.”

The Chilean Football Federation’s lawyer Eduardo Carlezzo said they had a “huge number of documents” that proved “without any reasonable doubt that the player was born in Colombia”.

“I have never seen in my entire life as a lawyer an injustice like this one,” Carlezzo said.

“Sad day for football and for fair play. The message is clear: cheating is allowed. We will appeal to CAS.”

Chile appealed the decision on July 1 and recently urged FIFA to speed up the process before they were assigned a hearing on Thursday.

Castillo played in eight of Ecuador’s 18 qualifying games for the World Cup. Ecuador have denied that the player was ineligible.

“Quietly, we continue to defend what we earned on the field,” Francisco Egas, the president of the Ecuadorean Football Association (FEF), wrote on Twitter.

Egas said in June that they were “humiliated” and “felt trampled by the great media campaign from the Chilean federation”.

Ecuador picked up 14 of their 26 points in matches Castillo played. Losing points for the games in which Castillo appeared would have meant they missed out on a place in Qatar. Chile finished seventh in qualifying with 19 points.

Ecuador are in Group A alongside hosts Qatar, Senegal and the Netherlands. The World Cup kicks off on Nov. 20 with Ecuador playing Qatar.