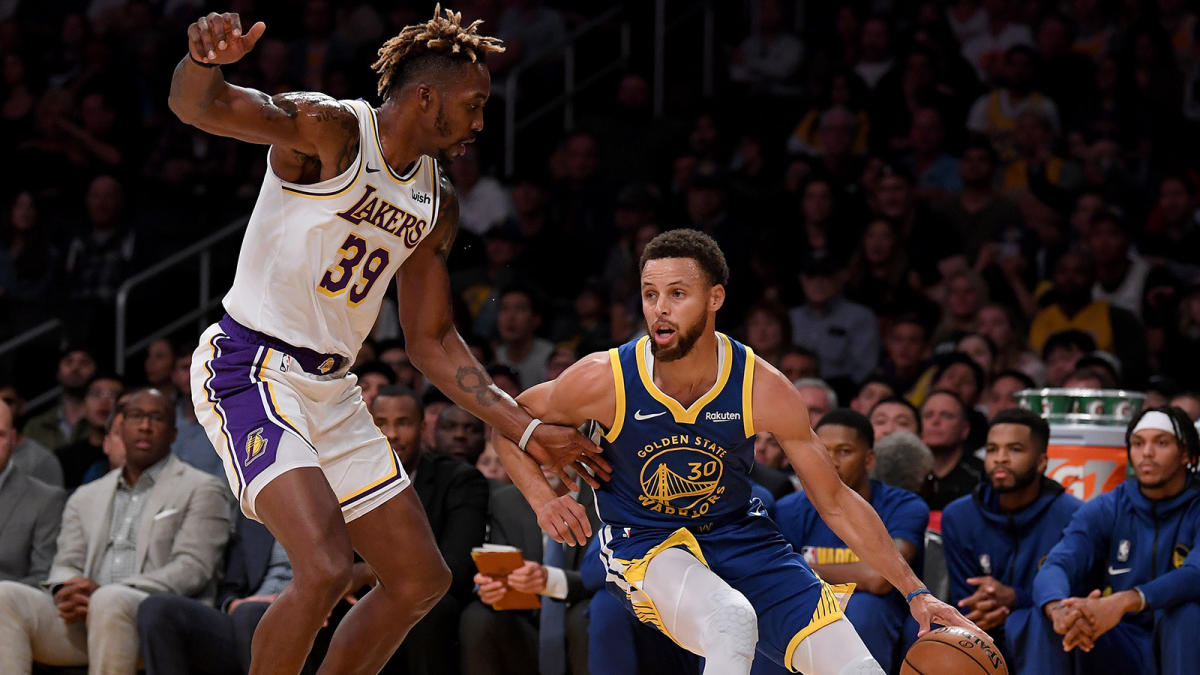 Dwight Howard has made it clear he’d like to join the Warriors.

At 36 years old, Howard is far from the player that received eight consecutive All-Star nods from 2006-14 and arguably was the best big man in basketball. He has spent the last three seasons with the Los Angeles Lakers and Philadelphia 76ers, averaging single-digit points (6.9) and rebounds (7.3) in 198 games over that span.

But if the Warriors were to sign him during the 2022-23 season, Howard would be realistic about his role and serve more as a professor in the locker room.

“Wiseman can learn so much from me, because he’s heading in that direction of being a great big man,” Howard said. “I feel like in that situation, playing with all shooters like that. Steph [Curry], the way he gets open — with me setting screens, he’s going to get more open. Klay [Thompson] is the same way. Draymond [Green] in the pick-and-roll, me and him.”

Wiseman, 21, is enduring growing pains during his first full season since Golden State selected him with the No. 2 overall pick in the 2020 NBA Draft. A torn meniscus in his right knee robbed him of the final 19 games of his rookie year and all of last season.

Through seven games in 2022-23, Wiseman is averaging 8.7 points and 4.4 rebounds in 14.6 minutes per contest, playing and studying behind Looney at center.

As expected from any 21-year-old gaining NBA experience, the results have been mixed. Wiseman’s offensive game has never been in question, but he has yet to strike fear in opponents as an adequate rim protector.

Howard, a three-time Defensive Player of the Year who was named to the All-Defensive team five times, wants to mentor Wiseman on that end of the floor.

“Me being able to teach Wiseman how to play defense, how to block shots. I see him as a person that’s similar to [Hall of Fame center] David Robinson, in his size and athleticism,” Howard said. “There are a lot of things that I could teach him.”

RELATED: Can Wiseman master the art of defensive surliness for Warriors?

Ultimately, though, Howard wants to join Golden State to win a championship. He already owns a championship ring, secured with the Lakers over two years ago. But that title was won in front of cardboard cutouts and virtual fans in the NBA bubble.

“I would love to play season 19 and go out on top,” Howard said. “I would definitely love to do that. That would be amazing.