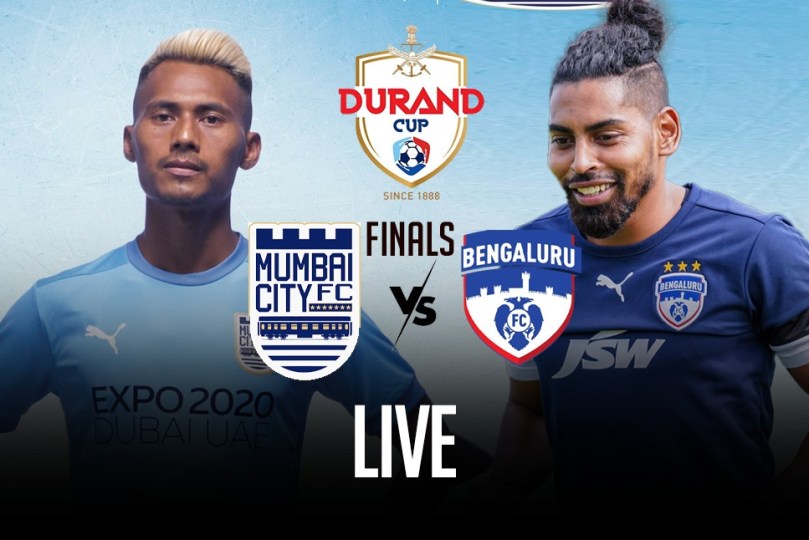 A last-gasp goal by Bipin Singh helped Mumbai City FC pip Mohammedan Sporting 1-0 and advance to the Durand Cup final in their maiden appearance. It was a tale of missed chances by both teams and just when the first semifinal was headed for extra-time, Mumbai scored the all-important goal in the 90th minute. The solitary goal from Bipin was enough to seal the fate for the Islanders.

An own goal at the half-hour mark by Spanish defender Odei Onaindia Zabala, was enough for Bengaluru FC to seal their spot in the finals. In what happened to be a cage match with Bengaluru FC largely resorting to defensive tactics after going 1-0 up, Hyderabad FC tried their best to make a comeback. Despite having 68% ball possession, a resolute defense by the Bengaluru outfits took the game in their favor.

Bengaluru, book your tickets! 🎟️
All roads lead to Kolkata on Sunday because the Blues are in the #DurandCup2022 final! 🔥 #WeAreBFC ⚡️ pic.twitter.com/G9inQajkdE

The Sports18 network has the right to broadcast Durand Cup 2022 matches in India. Matches will also be available for LIVE Streaming on Voot and JioTV