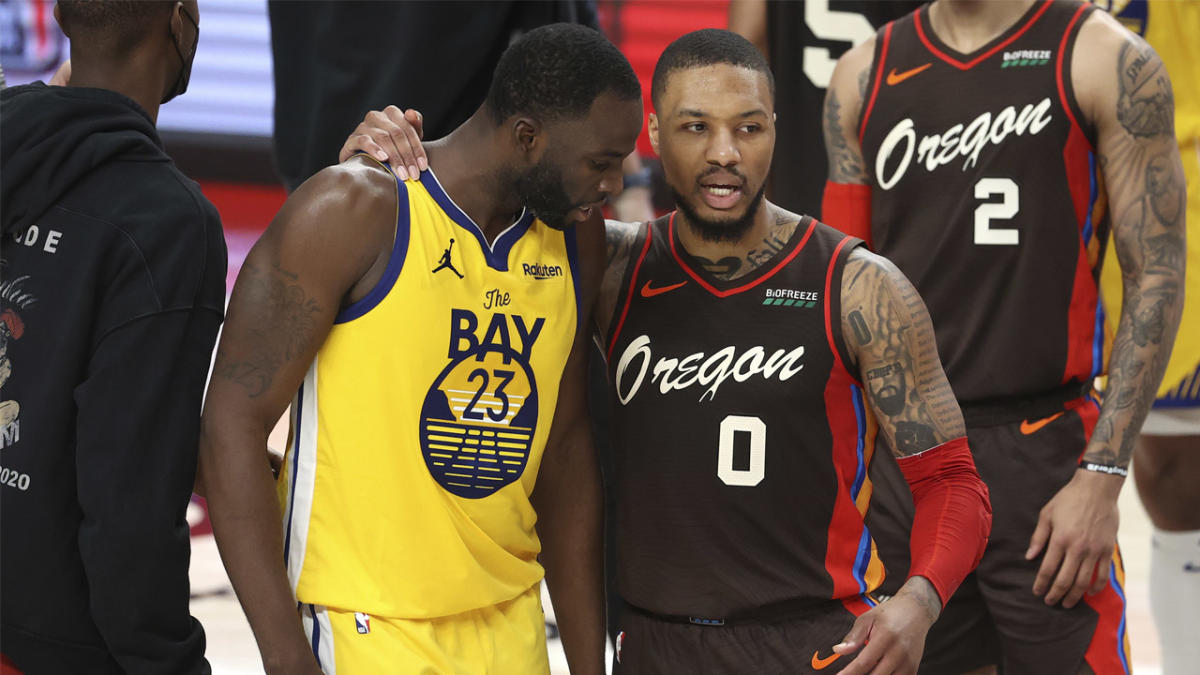 Like the rest of the NBA world, Portland Trail Blazers star Damian Lillard has been watching the Warriors’ entire Draymond Green-Jordan Poole situation unfold from afar.

And on Saturday, Lillard publicly weighed in on the altercation for the first time while speaking to reporters at practice.

“It’s unfortunate,” Lillard said (h/t Sean Highkin). “When you spend as much time with your teammates as we do, you want it to be positive and you want it to be respectful. But I’d be lying if I said there hasn’t been a lot of heated moments that I’ve seen in my career.

“I’m sure it happens in every locker room. You never wish to see that. I think what happens behind closed doors should stay that way … So I thought the fact that video came out is wrong.”

Green punched Poole during Golden State’s Wednesday practice; by Friday morning, video of the incident was published by TMZ Sports and a firestorm of hot takes followed as basketball fans, players and pundits alike watched the shocking footage.

But while Green has been widely admonished for his actions, Lillard’s take provided somewhat of a different perspective on the punch.

“On the altercation itself, as wrong as it was, I think if you’re a boxing fan, in boxing, they say you’ve got to protect yourself at all times,” Lillard said “I think Draymond, who I know pretty well, probably walked away from that situation saying, ‘I probably shouldn’t have done that to my teammate.’ And Jordan Poole’s probably walking away thinking, ‘When I push somebody, I should know that something may come back.’

“That’s it. It’s an unfortunate situation.”

The Oakland native was teammates with Green last summer as they headlined Team USA’s Tokyo Olympics roster. They went on to win a gold medal together — just one of Lillard’s many accomplishments across his 10-year career.

It’s safe to say the six-time NBA All-Star has seen his fair share of dust-ups on the practice court, and he believes Green’s actions weren’t entirely unexpected.

“I think it’s become a thing in the NBA where it’s like, ‘Ain’t nobody gonna do nothing,’ ” Lillard said. “Everybody’s always quick to say that. So then when somebody does something, it’s the end of the world. Like I said, it’s unfortunate. But if two grown men are having words, and one pushes the other, you’ve got to assume that something might happen. That’s just how I saw it.”

Green is taking some time away from the Warriors following the incident, and told reporters on Saturday that he’ll repair his relationship with Poole on the young guard’s terms.

Whether or not Poole sees the situation similarly to Lillard, however, remains to be seen.