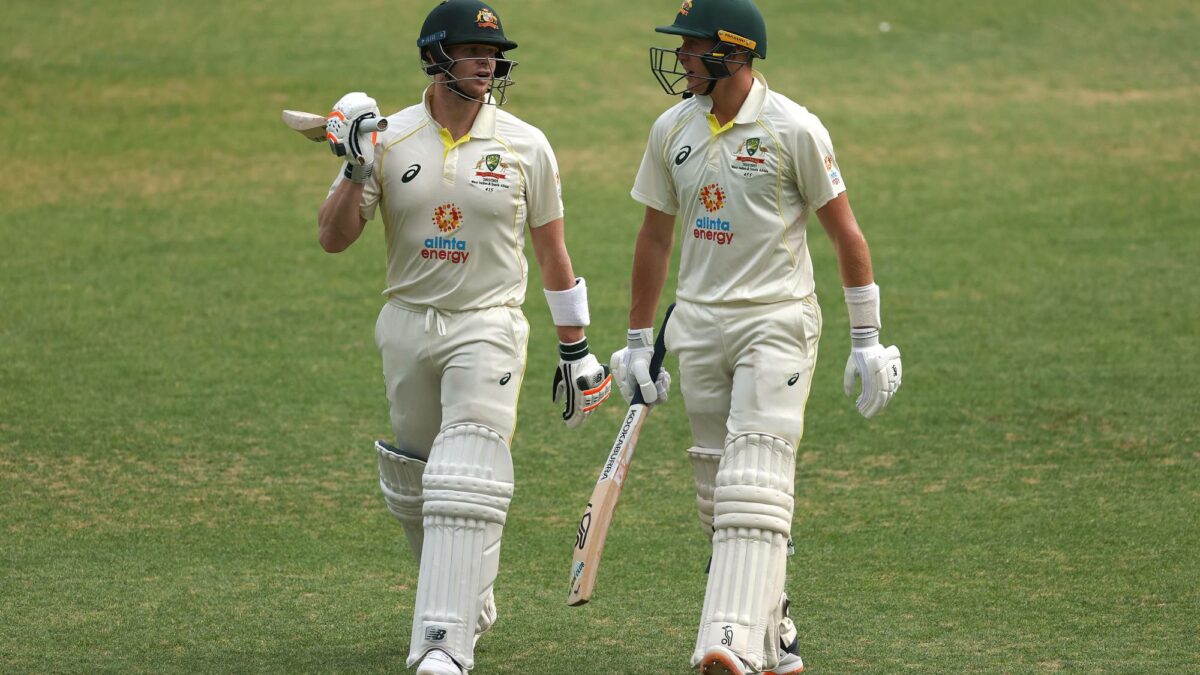 Steve Smith has put on a batting masterclass to go level with Sir Donald Bradman in Test centuries and help Australia to 4-598 before declaring against West Indies in Perth.

After Marnus Labuschagne fell for 204 right on the lunch break, Smith rammed home Australia’s advantage in the second session of day two to go to tea on 189 not out before bringing up his double century soon after the resumption.

Travis Head had the chance to register triple figures a couple of balls later but chopped on a Roston Chase delivery just one shy of the milestone.

Smith combined with Head for a 196-run partnership, marking Australia’s third century stand of the innings.

The West Indies’ bowling has become poor and the Optus Stadium wicket has been by no means as tricky to bat on as it was in the early hours of day one.

But still, Smith’s innings has been near faultless with the No.4 not offering up a single chance and barely having a ball come off the edge of the bat. 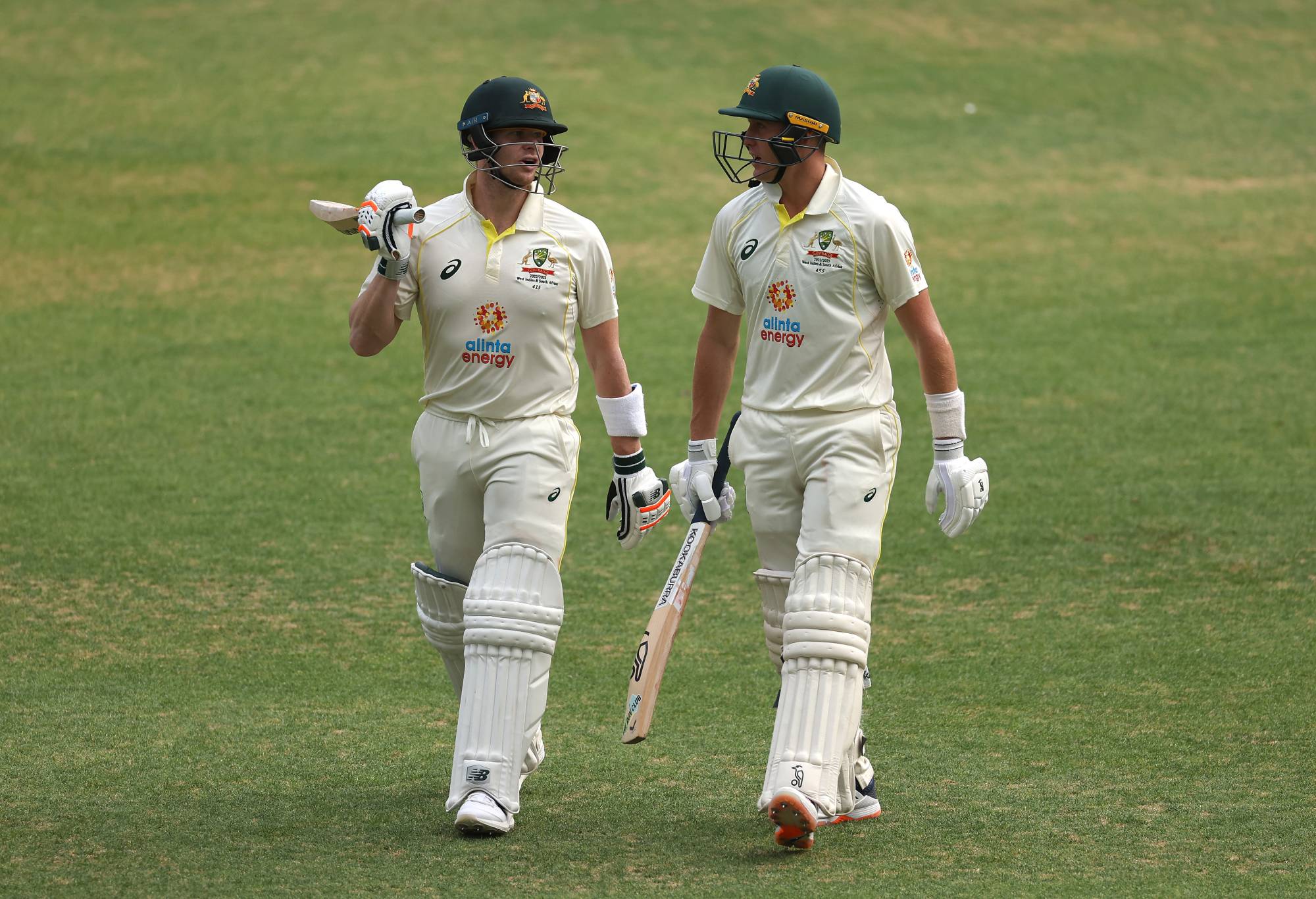 With his new reconfigured technique, Smith’s 29th century brought him level with Bradman and behind only Ricky Ponting (41), Steve Waugh (32) and Matthew Hayden (30) of all Australians.

“Obviously he was the greatest to play our game,” Smith said of Bradman. “It’s nice to be on 29, and hopefully a few more to come.”

More side-on in his stance and with less movement, Smith has been able to drive through the covers easier while also pulling in front of square.

He bounced to life in the middle session on Thursday in particular, with a lovely straight drive off a tiring Jason Holder the highlight.

Going after quick runs, he played a superb cover drive off Jayden Seales and also uppercut Alzarri Joseph for four. 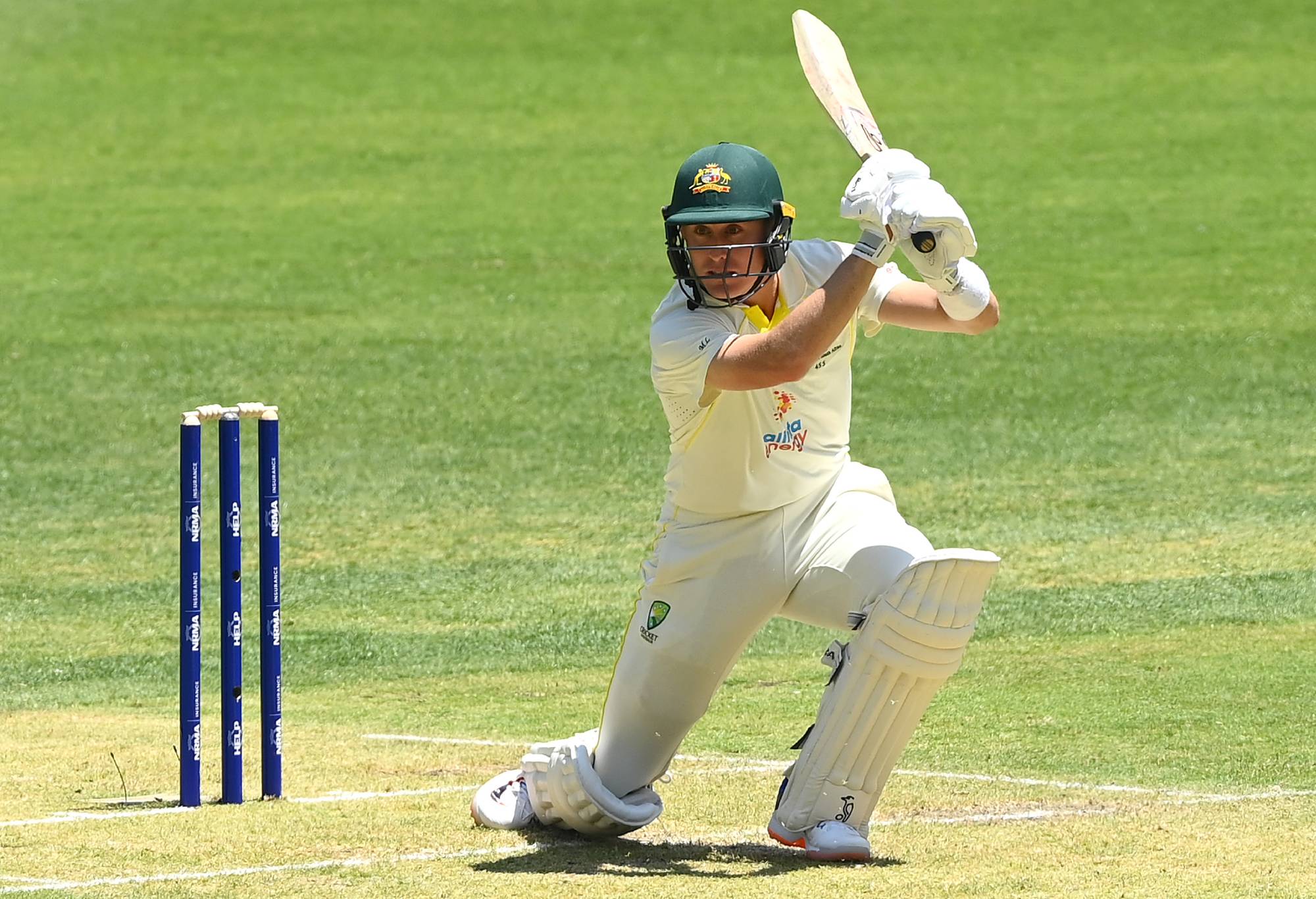 After edging two consecutive balls to the boundary on Wednesday, he was dropped by wicketkeeper Joshua da Silva on 194 on Thursday and offered another chance when he cut just over Shamrah Brooks at gully.

But around that, he clipped the ball nicely off his toes and was supreme square of the wicket on both the on and offside.

He brought up his double-century in emphatic fashion, cover-driving Seales for four before being caught behind off Kraigg Brathwaite two balls later.

When he went Head then upped the ante, hitting two glorious boundaries in his first five balls and cutting powerfully whenever offered width outside off stump.