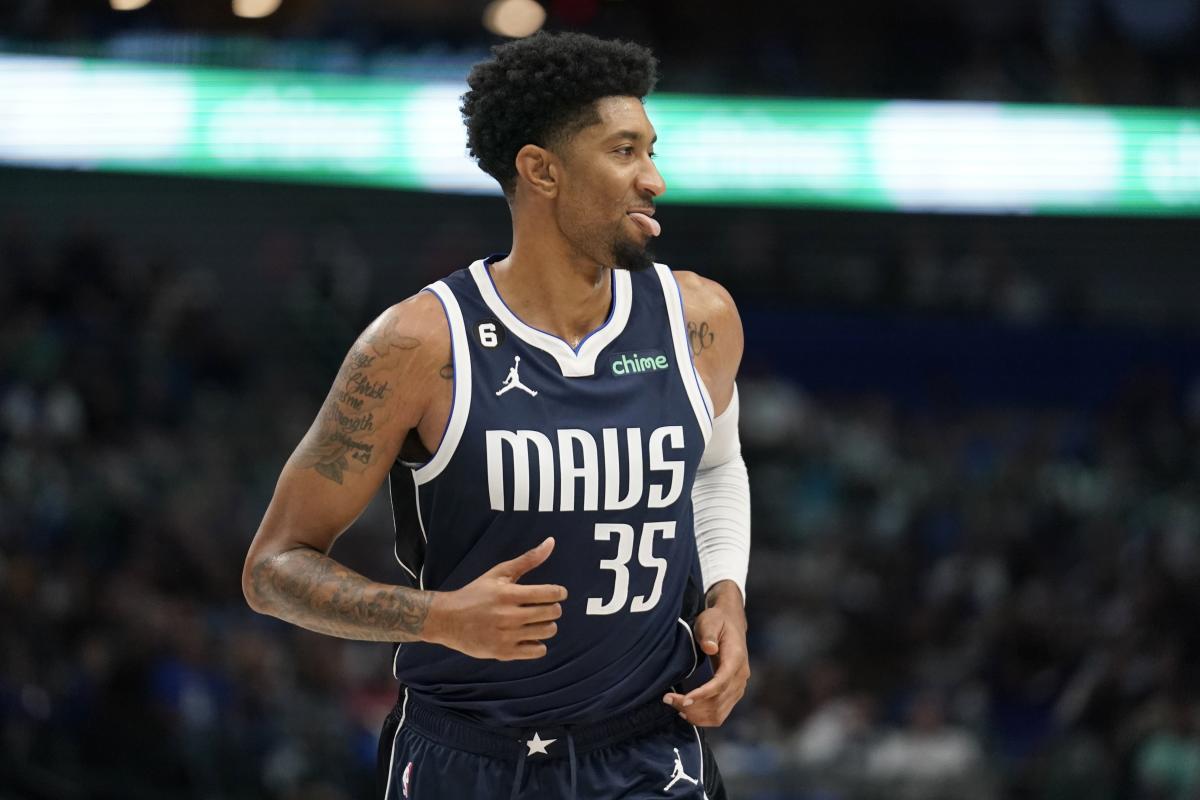 DALLAS (AP) Luka Doncic scored 21 of his 32 points in the first quarter, and the Dallas Mavericks rode a hot start to a 137-96 victory over the Memphis Grizzlies in their home opener Saturday night.

Ja Morant scored the first six Memphis points, but the first bucket from someone else didn’t come until the 4:30 mark of the first quarter as the Grizzlies trailed 39-17 going to the second.

Morant finished with 20 points a night after a 49-point showing in a victory at Houston gave him 83 points through two games. The Grizzlies were trying for their first 3-0 start in five years.

Christian Wood had 25 points and 12 rebounds in his home debut for Dallas following an offseason trade that brought the 6-foot-10 center from Houston.

The Mavericks led by 25 points in the first, and the 22-point margin after the quarter matched the lead the 2022 Western Conference finalists blew in a 107-105 loss at Phoenix to open the season.

There was no risk of a repeat for Dallas in a meeting of two West playoff qualifiers from last season, with the last two of Doncic’s 10 assists late in the third quarter finishing off the Slovenian star’s showy night.

The first was an alley-oop after a behind-the-back dribble as Wood finished the play with a one-handed dunk, Doncic shouting and flexing for emphasis from the lane after the bucket.

The second came just before the third-quarter buzzer when Doncic opted not to shoot from the lane, feeding Tim Hardaway Jr.’s corner 3 for a 99-71 Dallas lead.

Dallas put its best defenders on Morant, but used plenty of help to make the young sensation’s paths to the rim difficult. He was limited to 12 shots (six makes) and four assists, going 8 of 8 on free throws.

Doncic had little trouble getting his shots, going 8 of 10 in the first, including 3 of 4 from 3-point range, while assisting on three other buckets. He finished 12 of 23 and had seven rebounds.

Grizzlies: Desmond Bane scored 14 points, and Tyus Jones had 10. … Memphis has lost four in a row against Dallas since winning the first meeting last season.

Mavericks: Doncic had at least 20 points in the first quarter for the third time in the regular season. His personal record is 28 against the Los Angeles Clippers last season the same day Dallas traded his former European sidekick, Kristaps Porzingis. … Hardaway scored 16 points, and Spencer Dinwiddie had 15.