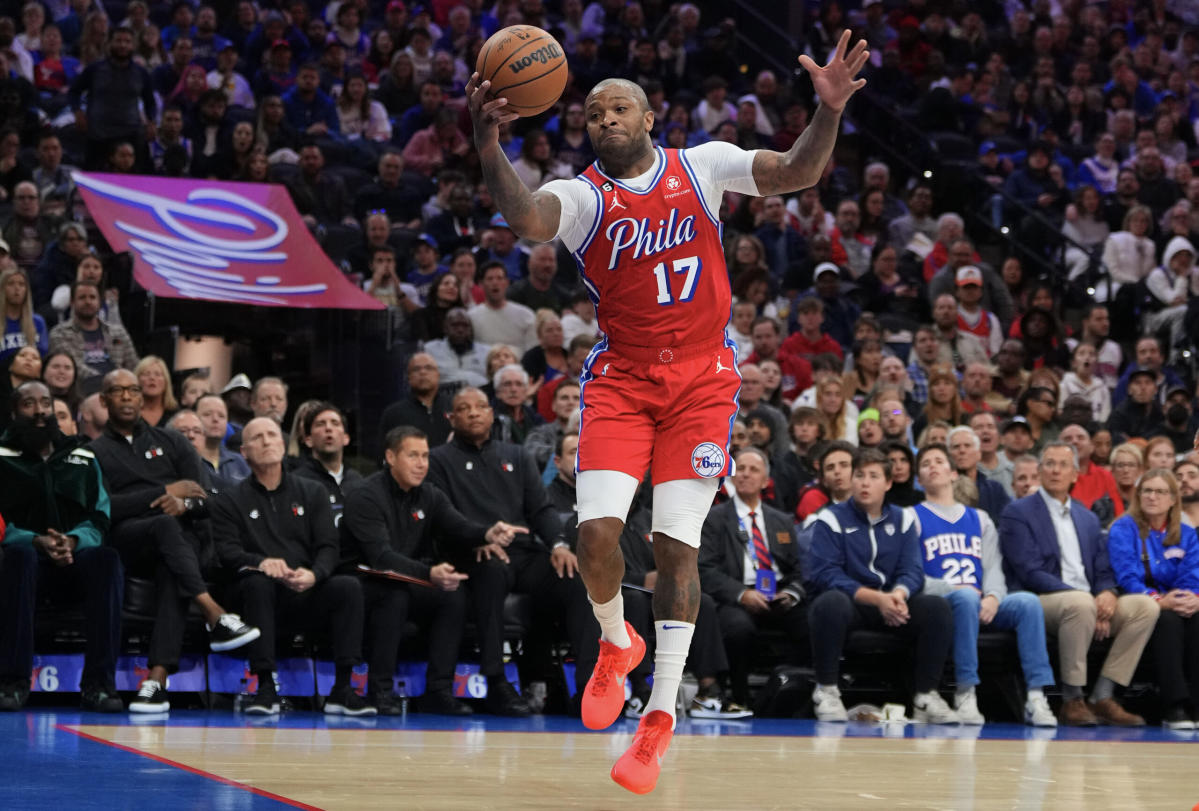 PHILADELPHIA–The Philadelphia 76ers went out and acquired PJ Tucker at the outset of free agency looking to add more toughness and two-way ability out on the floor.

Some will look at Tucker’s numbers and say the $33 million the Sixers are paying him is a big overpay. To begin the season, he’s averaging 4.2 points and 4.4 rebounds and he’s shooting 44% from deep, and he has gone scoreless in three straight games.

However, that doesn’t mean he isn’t having an impact on the floor. He played a big role in Friday’s win over the Milwaukee Bucks and his defense against Minnesota Timberwolves star Karl-Anthony Towns on Saturday was a big help in their comeback attempt.

“PJ’s a pro and that’s so important,” said coach Doc Rivers. “You can’t have enough of those guys in your locker room to build culture. We always talk about culture, but it’s so important to try and figure out not only how you act, how you play, how you treat your teammates, but more importantly, how you prepare.”

Tucker has been in the league for a long time so he understands what it takes to win and get the job done. That experience and his ability to prepare for games is something that the younger guys on the roster can learn from.

“PJ prepares for every game and I think it’s great,” Rivers added. “In shootarounds knowing the other team and we’ll call out a set and he knows the other team’s set and that’s great for the Tyrese’s (Maxey), and all of our guys to hear, Shake (Milton), all of them to hear, because it’s more than just showing up to a game. You have to prepare for a game.”

As far as Tucker’s offense is concerned, Rivers isn’t worried about that. Tucker’s impact is way beyond the box score as he is a guy who has a winning DNA. He won a title with the Bucks in 2021 and he was a win away from getting back to the finals in 2022 with the Miami Heat so that experience is more important than his overall offense.