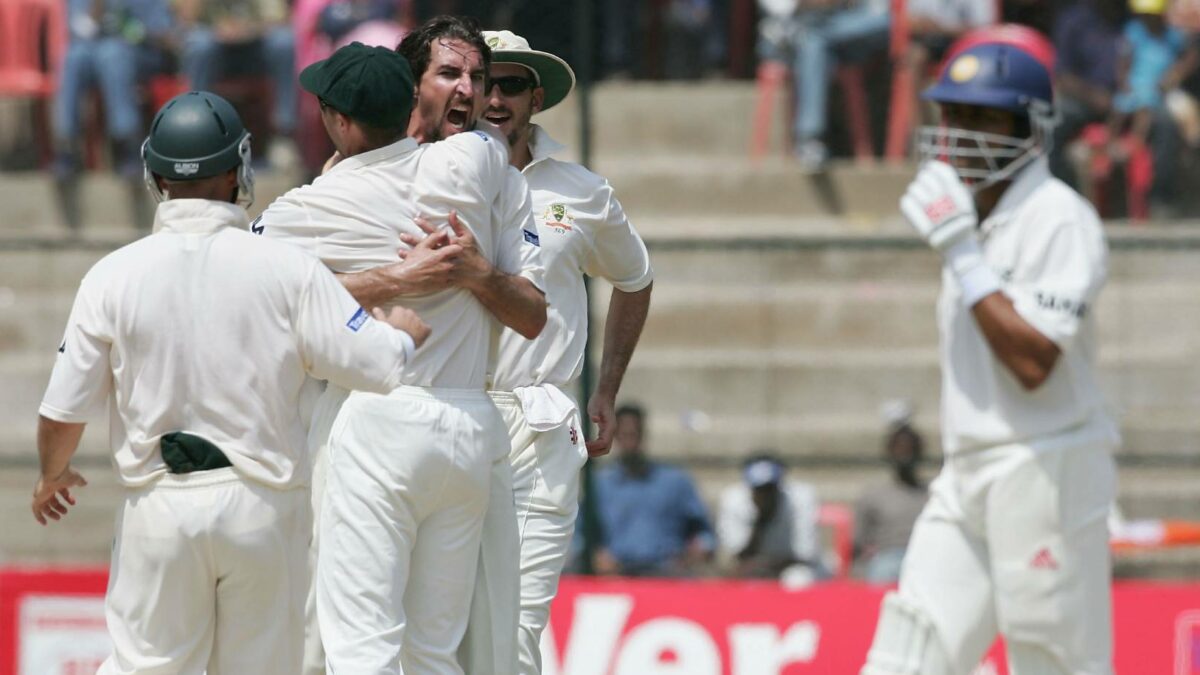 After breaking through for their first Test series triumph on Indian soil in 35 years in 2004, Australia have won just one red-ball match there since.

Gillespie, who starred with 20 wickets in four Tests when Australia triumphed 2-1 19 years ago, said the current crop had what it takes.

“Let’s be honest, for this group of Australian players, this could be a career-defining tour,” the Adelaide Strikers coach said after their BBL season ended on Tuesday. 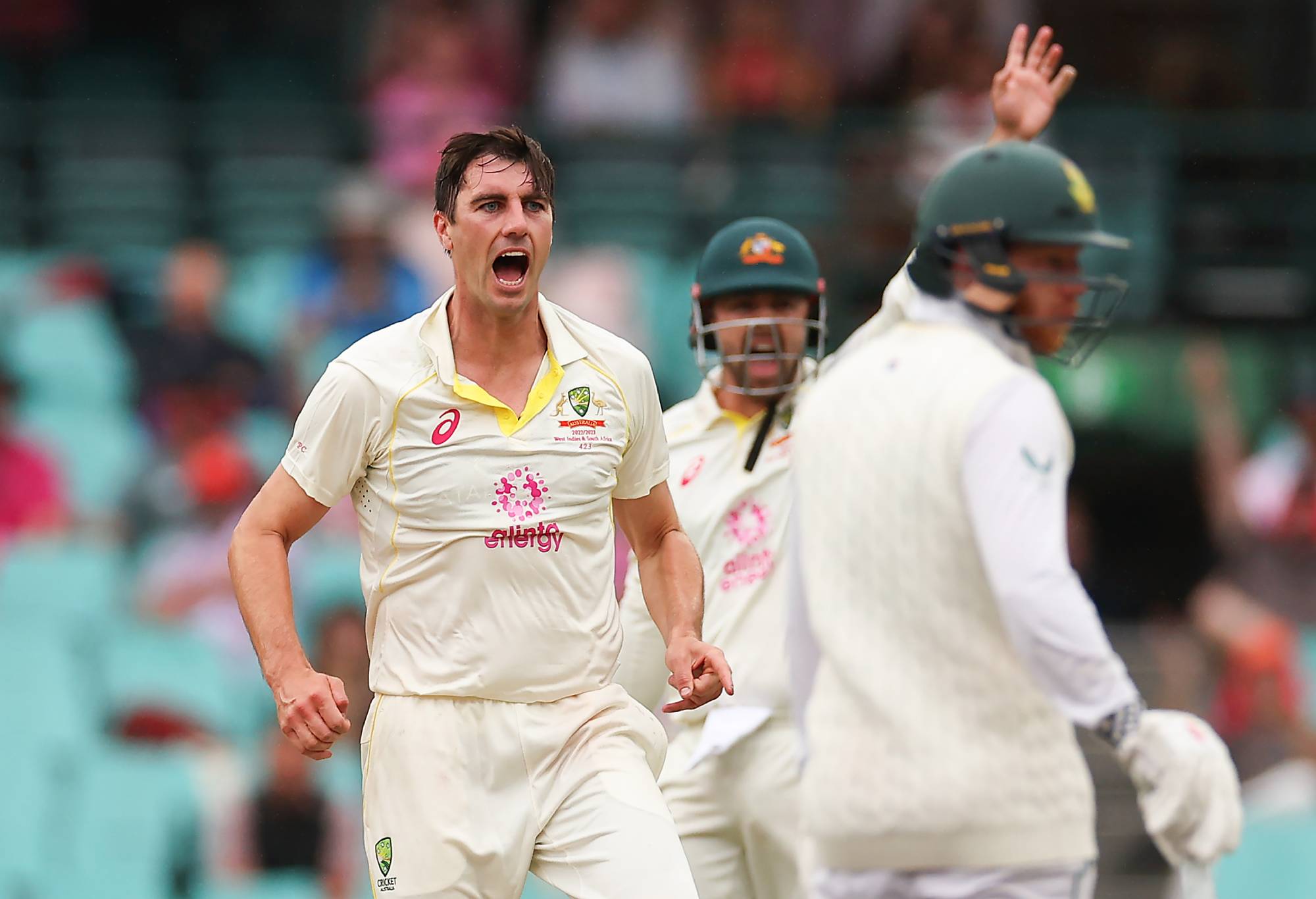 “Obviously we’ve got Alex (Carey) and Travis (Head) being part of that hoping they can be part of history because I think we’ve got an opportunity to do just that.”

Gillespie also toured India in 2001 when the hosts won a memorable series 2-1, winning an iconic Test in Calcutta after famously being forced to follow-on.

He admits “egos” got in the way of that tour, but they learned their lesson three years later.

“I remember in ’01 we still went over there thinking we could follow the Australian line and length and get away with that and we’ll just roll them over.

“We thought about it long and hard and reflected on it and decided we needed to just put our egos away and play sub-continent-style cricket and and we did that and had success.”

Gillespie applauded Australia for how they played in Pakistan last March when they won a tense and gruelling series 1-0.

“Their goal was to win on day 15 of the series and I thought the way they went about it was just fantastic and there’s no reason why they can’t do it in India,” he said.

“India can be is a challenge but you’ve got to have a really positive attitude and believe that you can have an impact and more often than not, you can.”

The first Test gets underway in Nagpur, where Gillespie had match figures of 9-70 as Australia won to clinch the series in 2004, on February 9. 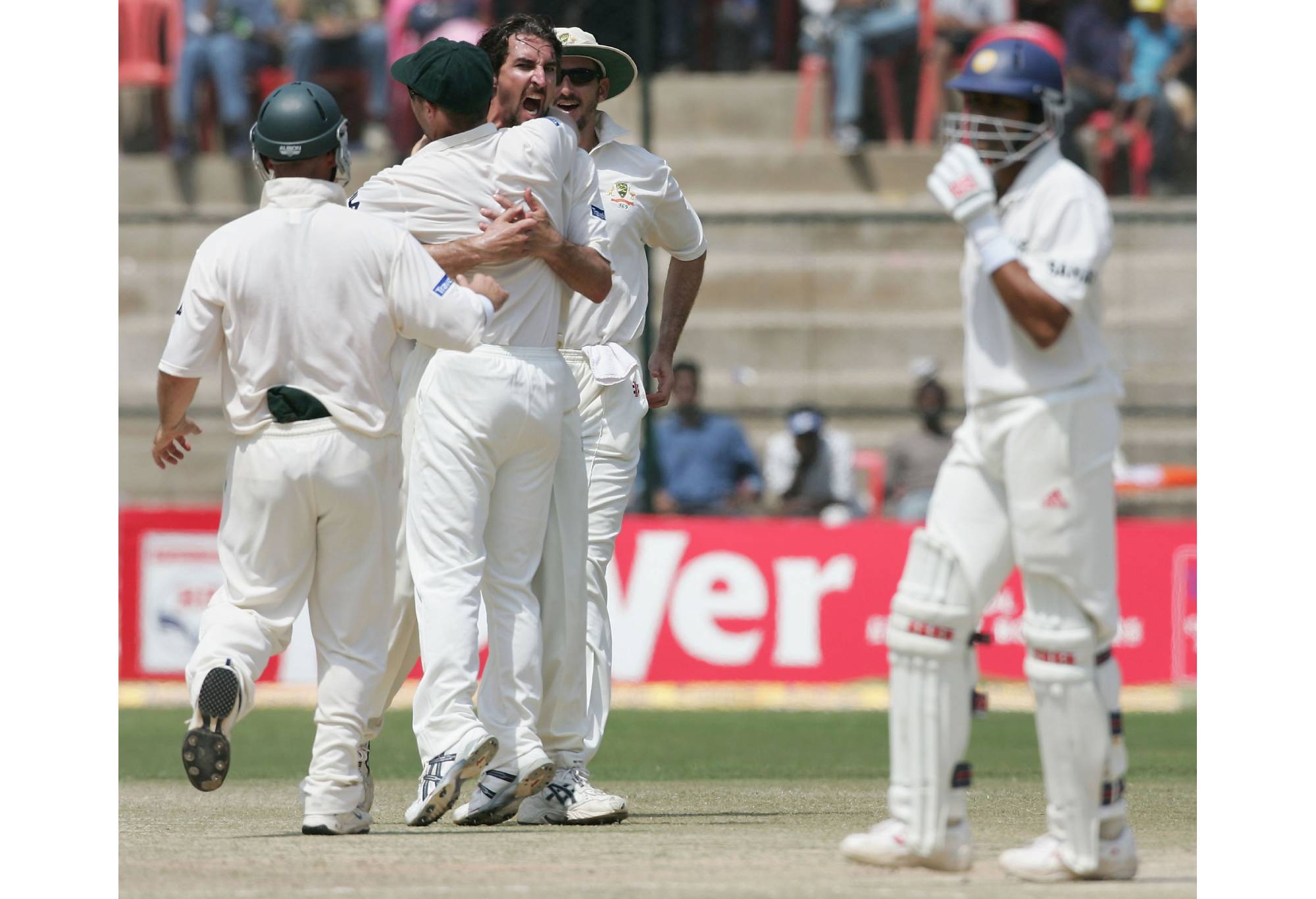 Jason Gillespie celebrates a wicket against India in Bangalore in 2004. (Photo by Hamish Blair/Getty Images)

Surprise picks in ICC Team of the Year

Four Australians have been named in the International Cricket Council’s Test team of the year for 2022.

Opening bat Khawaja’s selection is no surprise given his prolific run scoring since returning to the Test arena while Labuschagne was also rewarded for his dominance at No.3.

Cummins and Lyon have been mainstays of the attack, ensuring Australia’s elevation to the top of the ICC Test standings after series wins over England, Pakistan, the West Indies and South Africa.

Stokes was named as captain of the XI in recognition for the way he revitalised England’s flagging fortunes after replacing Joe Root as skipper in April.

Under Root England had won just one of their previous 17 Tests, but Stokes and new head coach Brendon McCullum ushered in a radically different style of attacking play to win nine out of their next 10.

That led them to series wins over New Zealand, South Africa and Pakistan as well as a record-breaking victory against India.

Ashleigh Gardner’s teammates say the star allrounder has coped well with the online abuse she copped for her stance on January 26, as the team head to Hobart for their controversial Australia Day fixture against Pakistan.

The Indigenous star made headlines on Sunday when she admitted her discomfort with playing on Thursday, saying it was a day of hurt and mourning.

Gardner will play, but the team as a collective have made clear they are united in supporting the 25-year-old’s stance.

The side will wear an Indigenous jersey, socks and wristbands for the match, while there will also be a smoking ceremony before play.

They have also labelled Gardner’s statement as brave, particularly given the abuse she copped online following her post. 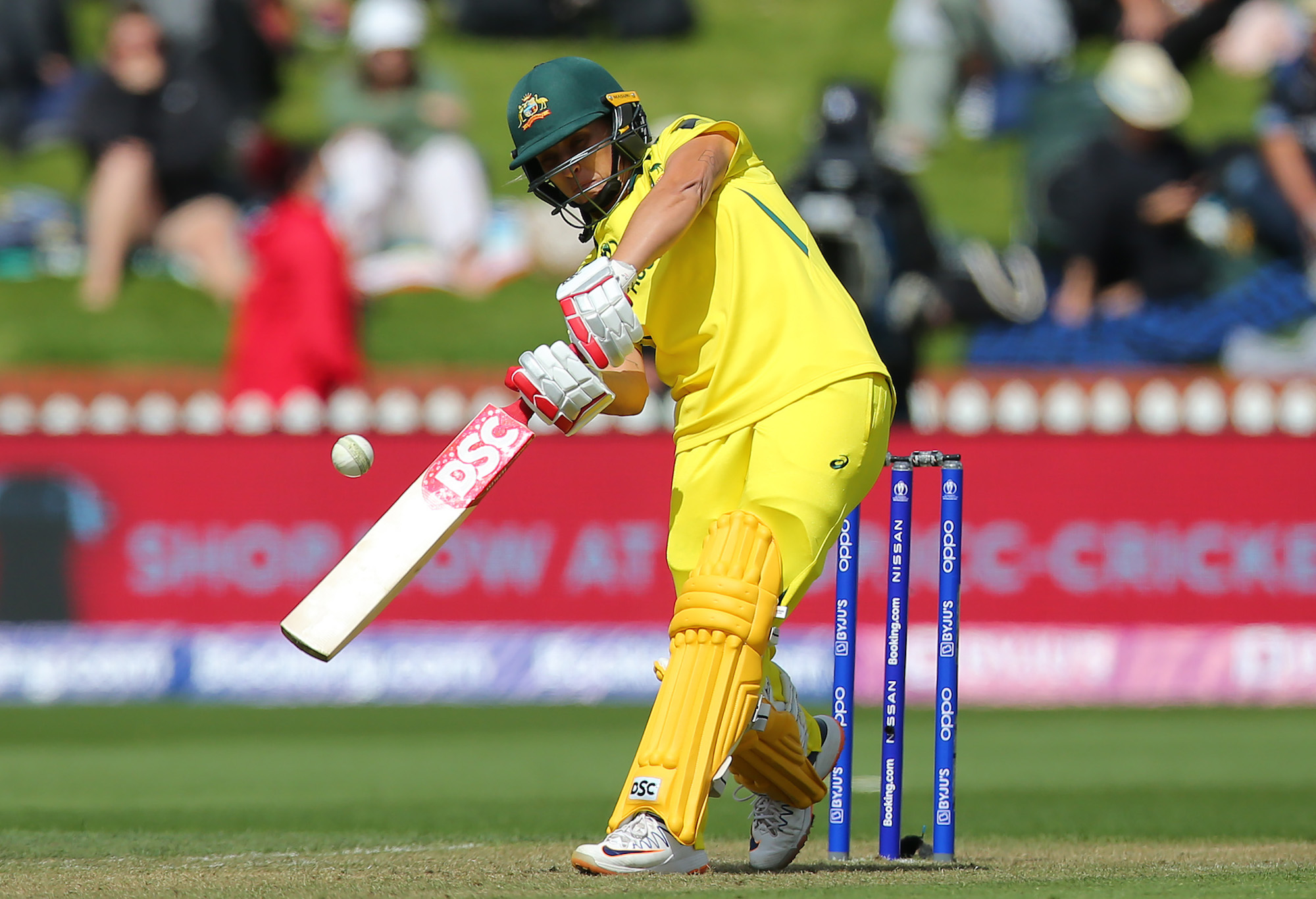 Gardner on Tuesday was a dominant force on the field, as she hit three boundaries and a six in her unbeaten 30 from 19 balls in Australia’s series-opening T20 win over Pakistan.

“She’s been great,” teammate Megan Schutt said. “She wears her heart on her sleeve, but she is just someone who gets the job done. I’ve checked in via text and she has been great. She’s a tough little cookie.”

Cricket Australia were originally set to go without an elite match on January 26 for the first time in 20 years this summer, with the second and third games in the women’s series to be played in Canberra on the 27th and 29th.

However the cancellation of the men’s series against South Africa prompted the first of those games to be moved to Hobart, to give the Tasmanian capital an international fixture.

A possible clash with the BBL finals at Blundstone Arena if Hobart had finished fourth then prompted the match to be moved to the 26th.

That was a concern for several members of the team from as early as September, when discussions began around using the game as an educational piece on the pain of the day for First Nations people.

Schutt said the controversy around the fixture would not serve as a distraction for the team once the game began.

“We have had plenty of conversations in our own changerooms and behind closed doors,” she said. “Out on the field nothing is going to change.”

Australia have other potential on-field challenges. Beth Mooney did not bat in Tuesday’s win citing soreness after a busy one-day international series, while opening the batting and filling in with the gloves.

Australia do not have another wicketkeeper in the squad with Alyssa Healy injured, while the likely next option in line Georgia Redmayne is also out with a ruptured achilles tendon.

The uncapped Tahlia Wilson would likely be the next option in domestic cricket, with Victorian Nicole Faltum an alternative.

Celebrating his 100th BBL game, Finch survived some early scares – including a ball hitting his stumps but failing to dislodge the bails – to hit an unbeaten 63 to guide the Renegades home with 10 balls to spare at Marvel Stadium.

Australia’s T20 captain notched up his fourth 50 of the tournament and 26th in the BBL, and was joined at the crease by Jon Wells (20 no) to finish off the match.

Finch stayed calm as wickets fell around him, including those of former international stars Martin Guptill and Shaun Marsh, as he built his innings before powering the Renegades in the final 10 overs.

“That was just another demonstration that he (Finch) is a class above, he showed his experience again,” Renegades quick Tom Rogers said.

“Not a lot of blokes could have played that innings on that wicket.”

Even on a tricky pitch, the Strikers’ 7-142 never looked seriously defendable as Adelaide’s faint finals hopes ended with their ninth defeat of the tournament.

After winning their first title in 2019, the Renegades endured three grim seasons before putting in a much-improved campaign.

They will now have a home final after taking care of the Strikers to snap a two-game losing run and will either finish third or fourth depending on Wednesday’s results.

The Sydney Thunder could jump above the Renegades into third if they smash the Melbourne Stars at the MCG and make up the net run-rate gap.

“You play so much cricket and so few finals, whether it’s grade cricket or professional cricket, so it’s pretty exciting to be in this position,” Rogers said.

Earlier Australia wicketkeeper Alex Carey impressed in tough conditions with an outstanding 65 from 47 balls, but all other Strikers batters found it difficult after Finch opted to bowl first.

Even Travis Head, who has become one of Test cricket’s most explosive middle-order players, struggled to 19 from 32 balls.

Adelaide stumbled to 1-25 after the first powerplay and were unable to build any momentum as veteran spinner Fawad Ahmed caused trouble to claim figures of 3-17.

The Strikers’ innings slumped to new lows when Wells ran out Cameron Boyce with a long-throw from halfway to the boundary.

“It’s a pretty bitter pill to swallow because we are quite a talented group of players,” Strikers coach Jason Gillespie said.

“We just haven’t been able to find a way in critical moments in games throughout the season to get the job done which is which is disappointing.”