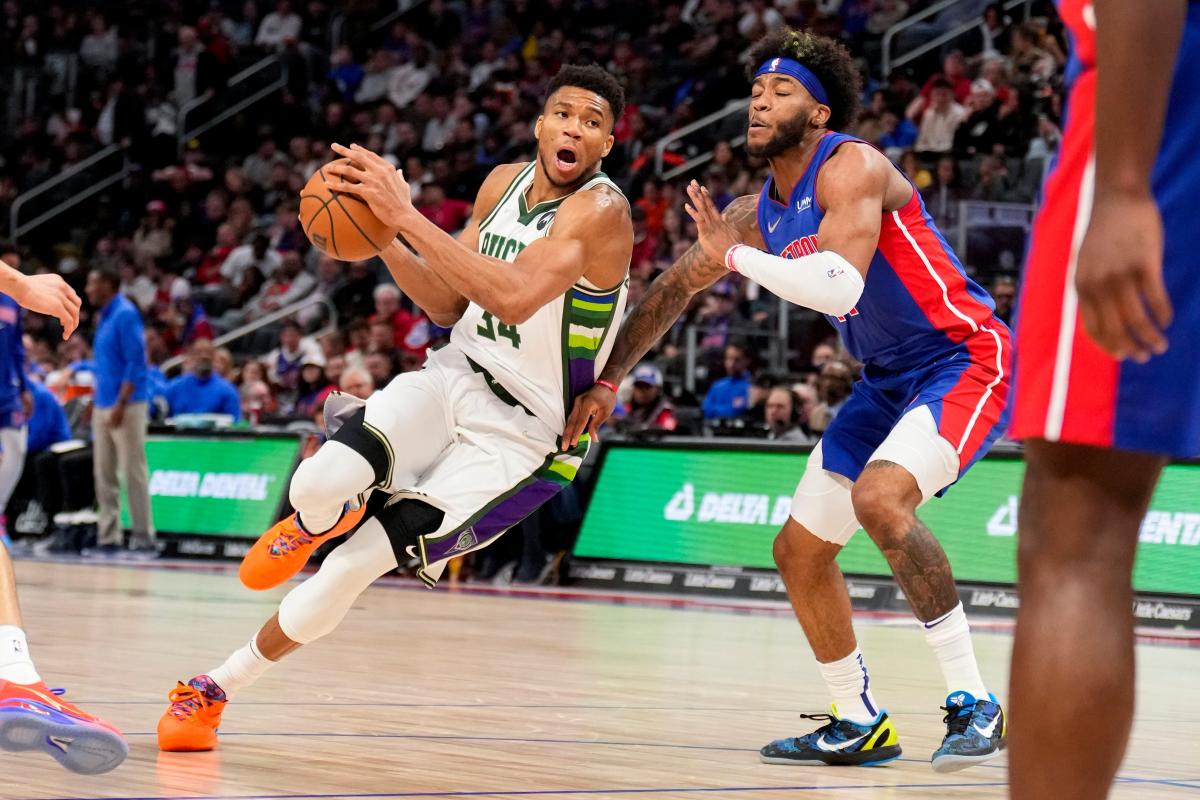 Where: Fiserv Forum in Milwaukee.

Follow all year: Indulge in Pistons coverage all season long here, led by our beat reporter Omari Sankofa II providing insight on the ground, along with our columnists.

Subscribe to the pod: Check out our podcast, “The Pistons Pulse,” wherever you listen to podcasts for episodes dropping each week. Tune into the latest show on Cade Cunningham, the exciting rookies and more.

Game notes: And then there was one — just one squad remains unbeaten this season, and it’s the Pistons’ opponent for the next two games, both in Milwaukee. (The back-to-back home games kinda made sense for Atlanta’s visit to Detroit last week … but against a division rival on the other side of Lake Michigan? OK.) The player to watch is, as always, Giannis Antetokounmpo, who’s making an early bid for his third MVP award in averaging 34.4 points, 14 rebounds, 5.8 assists and 1.6 blocks in 34.6 minutes per game.

Jrue Holliday is once again a worthy sidekick, with 18 points and eight assists a game, and newcomer Brook Lopez appears to be a solid fit with 13.6 points a game in his first five appearances with the Bucks; after going 1-for-11 from 3-point range against the Nets and Knicks last week, he hit five of his eight shots beyond the arc in the Bucks’ 123-115 win over Atlanta on Saturday night.

The Pistons, meanwhile, washed the depressing taste of a five-game losing streak out of their mouths with a steady win over the defending champion Warriors on Sunday. Golden State was playing with nearly a full roster, sitting only Klay Thompson. One bright spot recently for the Pistons: 2021 No. 1 overall pick Cade Cunningham. After scoring 35 with nine rebounds and eight assists against the Hawks on Friday, he came within an assist of a triple-double Sunday, with 23 points, 10 rebounds and nine assists.

As noted, the two teams will get a rematch in Milwaukee on Wednesday. After that, the Pistons will return home to host the Cleveland Cavaliers on Friday while the Bucks will head west to take on the Minnesota Timberwolves, also on Friday.

Can’t see the updates? Refresh the page or check them out on Twitter.