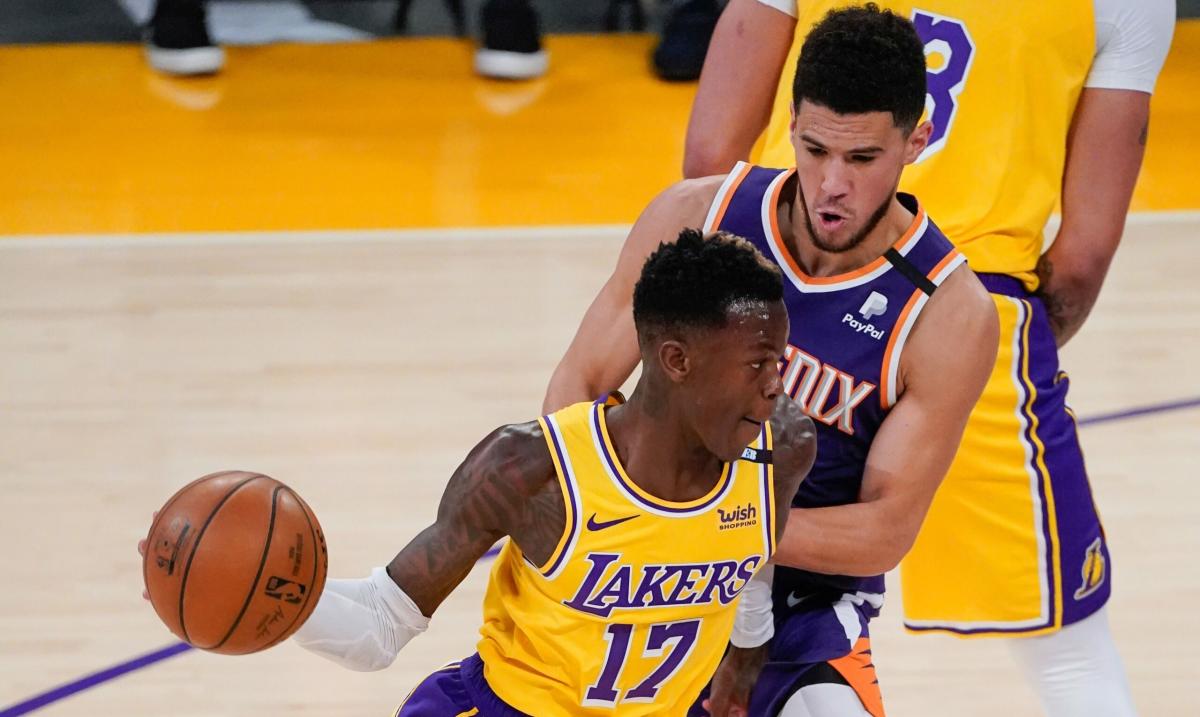 During the 2020 offseason, the Los Angeles Lakers traded veteran 3-and-D wing Danny Green and a first-round draft pick for guard Dennis Schroder in an attempt to reduce an aging LeBron James’ workload.

It worked to a certain extent, but the perception among fans was that it wasn’t working out, especially since Schroder was publicly demanding a huge contract extension that the Lakers didn’t agree to.

They passed on re-signing him last summer, and he ended up joining the Boston Celtics for only the mid-level exception of $5.9 million.

But now, he is back with the Purple and Gold, and he reportedly turned down offers from other teams, only to choose Los Angeles because he “badly” wanted a return.

“A new report indicates that Dennis Schroder’s avid interest in returning to the Los Angeles Lakers was enough for him to pass on serious inquiries from a number of other NBA teams.

“NBA insider Marc Stein noted that Schroder played aggressive ball throughout the EuroBasket tournament, even though he had no firm deal in place for the coming year.

“‘Dennis Schröder has had his share of detractors over the years — me among them — but you have to admire the way he approached the offseason,’ Stein wrote. ‘Schröder, who turned 29 on Thursday, showed up to play in the EuroBasket tournament with Germany despite holding no NBA contract for next season and played with no shortage of abandon in leading the hosts to a surprising semifinal berth. We reported the Lakers’ interest in Schröder on Aug. 23 and, as the tournament progressed, he began attracting serious feelers from other NBA clubs but badly wanted a return to the Lakers. Unresolved roster questions abound for the Lakers with [Russell] Westbrook still on it, but Schröder’s strong play ultimately sold them to go ahead with the signing now, giving the nine-year veteran an opportunity to rewrite some of the story from a first stint alongside LeBron [James] and Co. that led to one of the most humbling free-agent comedowns in league history. Who can forget Schröder bypassing a contract extension offer from the Lakers valued in excess of $80 million over four years and then settling on a one-year, $5.9 million deal with Boston? Schröder certainly didn’t judging by his Instagram post late Friday after Germany’s semifinal loss to Spain.’”

In his lone season with the Lakers so far, the German native averaged 15.4 points and 5.8 assists per game. He will now have the opportunity to redeem himself, at least in the minds of the fans who wanted him to leave late in the 2020-21 campaign.