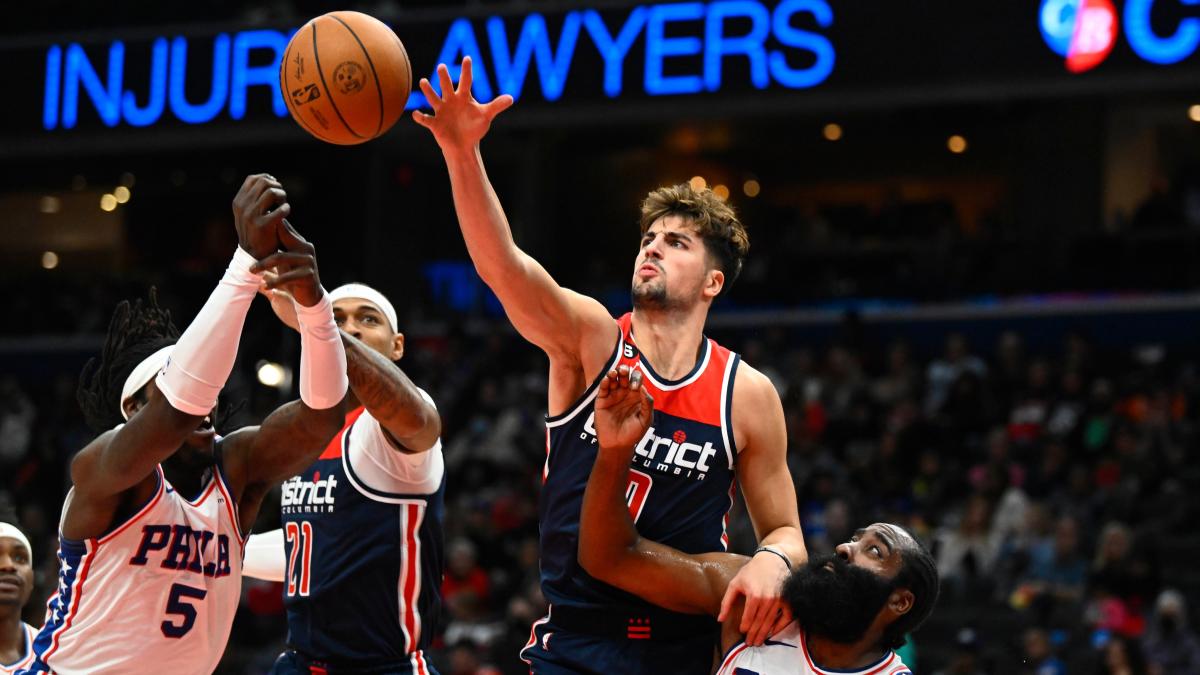 WASHINGTON — It turns out the slight adjustment Wizards head coach Wes Unseld Jr. made to begin the second half against Boston on Sunday night was a precursor to something with more permanence. Deni Avdija has been replaced in the starting lineup by Anthony Gill. After winning the small forward competition in training camp, Avdija has been bumped down to the second unit.

It took six games for that to happen. Well, technically it took 5 1/2 games. But both Unseld Jr. and Avdija seem to be on the same page in choosing not to make a big deal out of it.

“I trust the coaching staff and I trust myself to figure it out. I’ll be fine,” Avdija said.

Avdija, the team’s 2020 first-round pick, will just have to play better than he did to start the season and he may find a better fit for himself on the bench. The way Unseld Jr. explained his decision was more about Gill’s fit with the other four starters. He likes how Gill gives them more options on offense because of his off-ball movement and shooting ability.

Conversely, Unseld Jr. sees potential for Avdija on that end of the floor with the bench. With backup point guard Delon Wright sidelined due to a hamstring injury, Avdija’s skills as a point forward could come in handy.

“I think there is an opportunity to do that. That second group needs a little bit more facilitating,” Unseld Jr. said.

That could be a silver lining in what will be seen by most as a setback for Avdija. He was chosen to start despite missing all four of the Wizards’ preseason games due to a groin injury.

It was an achievement for Avdija and he was handed an important role. With veterans Monte Morris, Bradley Beal, Kyle Kuzma and Kristaps Porzingis also in the starting five, they tasked Avdija to be the defensive specialist. That has meant guarding the opposing team’s best player in every game so far.

Facing up against the likes of Jayson Tatum, James Harden, Donovan Mitchell and others has, naturally, led to some regrettable moments for Avdija. He has found himself at times on an island against some of the game’s top scorers, in moments that magnify the results.

Avdija insists he likes the responsibility. He relishes the fact he doesn’t even need to communicate with Unseld Jr. about his assignment on a given night. It’s always the other team’s most gifted star.

But he has not been producing the way Unseld Jr. was hoping he would and, as Kyle Kuzma explained, that type of situation can reveal an unforgiving part of professional sports.

“I mean, this is a game of grown men. You’ve gotta figure it out. At the end of the day, we’re all professionals and we’re all trying to win,” Kuzma said.

Unseld Jr. was asked after Monday’s loss to the Sixers whether Avdija going to the bench will hurt his development. As a former ninth overall pick, the Wizards have good reason to want to maximize his potential, given the resources they have invested in his future.

Unseld Jr. pointed out how Avdija, though only 21, has enough NBA experience to have a foundation to build upon.

Avdija noted after the game how there is potential for him to play some at center on the offensive end. He’s the size of a big man at 6-foot-9 and the Wizards have experimented with him setting screens and rolling to the rim.

That could open up passing opportunities in short roll situations, where he gets the ball after setting a screen and finds a teammate running baseline as he enters the lane.

That is just one example of how Avdija could do more offensively on the bench. In the starting lineup, he has to naturally defer to more accomplished veteran players. In the second unit, he could have more of a greenlight to take the ball up the floor off defensive rebounds. He may also be able to initiate the offense in halfcourt sets, especially with Wright out and no traditional second point guard in the rotation.

“If that box gets bigger and I can do more offensively, then it’s a blessing,” Avdija said.