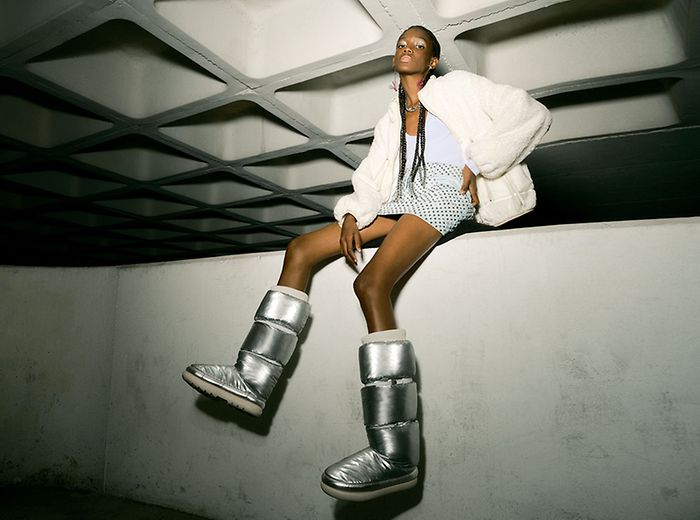 In a Nutshell: Deckers Brands president and CEO Dave Powers said the shoe company outlined the channel strategies for its top two brands in the company’s earnings call Thursday.

Ugg is sticking to its tight global distribution framework, focusing more on consolidating with its best-performing current strategic partners and closing more wholesale accounts. As for Hoka, which Deckers wants to make a “multi-billion dollar brand,” it will continue to expand in new wholesale doors strategically.

Building on its most recent partnerships established in 2021, Powers said Hoka will enter up to 100 new Dick’s Sporting Goods stores in the third quarter, and expand tests in select Foot Locker locations.

“Beyond that, there really isn’t much distribution expansion for either of our brands. What we’re seeing is higher rates of productivity, which will probably sell through in the accounts we have,” Powers said. “We don’t really need a lot more distribution right now with the demand we’re seeing in the channels. We want to enter in any new distribution in a quality brand-building way. We use the DTC channels strategically to exit some goods at a high, healthy margin, but also use that as an acquisition for new customer retention…You’ll see a little bit more on our Ugg and Hoka websites, perhaps than you’ve seen in the past, but that’s strategic because we make more money in those sales on our own accounts.”

Inventories, which include amounts in-transit, jumped 45.4 percent to $925 million, from $636.3 million in the prior second quarter. According to Deckers’ chief financial officer Steve Fasching, the company will continue to see inventory growth outpace sales, “in part to hedge against future disruption on the promotional environment.”

Gross margin was 48.2 percent, down 270 basis points (2.7 percentage points) from last year’s 50.9 percent. Roughly half of the decline in gross margin was driven by unfavorable foreign currency exchange rates, with additional impacts from higher promotional activity for Ugg and higher ocean freight rates. Margin was partially offset by benefits from a reduction in air freight, price increases at Hoka and a more favorable brand mix, with Hoka driving the majority of growth.

Fasching said the company expects more promotional activity for the full year relative to the “exceptionally low” promotions in prior years.

“We are still experiencing delays, and the timing of container arrivals remains difficult to predict. But we feel good about the improvement in transit times, which has led to a reduction of inventory in transit on both a dollar and percentage basis as compared to last year,” Fasching said. “Additionally, I am pleased to report that container costs have come down, but would caution that we won’t start to see that improvement in our gross margin for a few quarters.”

The headwinds Deckers has experienced from ocean freight in the first half are expected to turn neutral for the remainder of this fiscal year, according to Fasching. Deckers no longer expects to use air freight to the same extent it did at the height of supply chain disruption.

Cash and cash equivalents are $419.3 million as of Sept. 30, compared to $746.2 million on the same date last year. The company has no outstanding borrowings.

Net Sales: Net sales at Deckers Brands increased 21.3 percent to $875.6 million, up from $721.9 million in the year-ago period. On a constant-currency basis, net sales increased 24.8 percent.

Other brands, primarily composed of Koolaburra, saw net sales increase 17.9 percent year over year to $28.5 million, up from $24.2 million.

Net Earnings: Net income came in at $101.5 million in the second quarter, remaining essentially flat to last year’s $102.1 million. Diluted earnings per share came in at $3.80, compared to $3.66 in the year-ago quarter.

CEO’s Take: Powers outlined the direction Deckers aims to take Hoka as it prepares upcoming launches like the Clifton 9.

“We’re dominant in run, and in trail. We need to bolster our opportunities in hiking, and we’re getting tremendous response from some of our lifestyle distributions, such as Free People in the U.S. It’s about extending the reach of our brand. It’s bringing in a younger, more fashionable consumer. And really, it’s hitting on all cylinders. So it’s just a matter of where we want to focus our launches, where we want to focus on marketing spend, and drive the upside surgically over the next six months.”