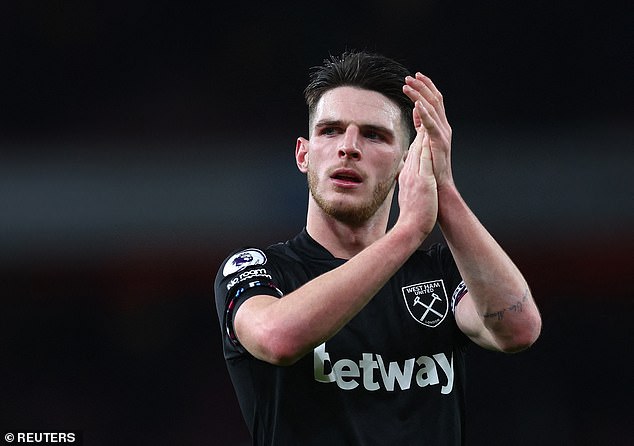 ‘They smothered us… Arsenal are 100 per cent title challengers’: Declan Rice heaps praise on Gunners after West Ham slump to defeat, with midfielder backing Mikel Arteta’s side to keep up fight against Manchester City

Declan Rice claimed Arsenal can win the title after his West Ham side were convincingly beaten by the Premier League leaders.

Mikel Arteta’s side extended their advantage at the summit to seven points with a 3-1 win in the London derby on Boxing Day.

Afterwards when asked if Arsenal could go all the way, Rice said: ‘100%. They are a top team you can see they are coached incredibly well, have a lot of attacking talent, a young squad and they can go the whole way for sure.

‘First-half we tried as hard as we could to stop them, we came up short and it’s frustrating.’

Said Benrahma fired the visitors ahead from the penalty spot at the Emirates but the Gunners responded with Bukayo Saka, Gabriel Martinelli and Eddie Nketiah on target in the second half.

It made it 10 home wins in a row for Arsenal, who were without key forward Gabriel Jesus due to a knee injury. 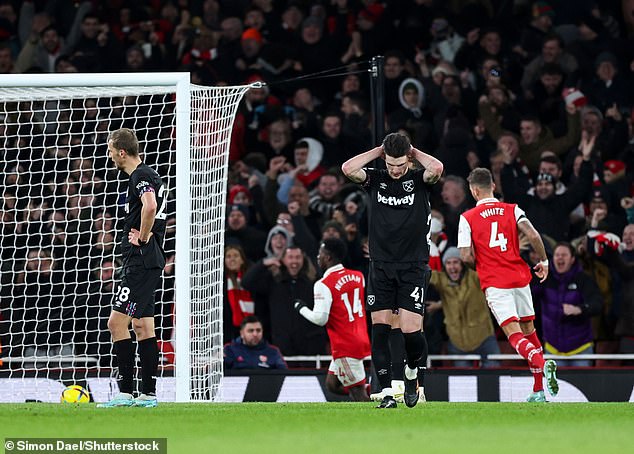 Rice added: ‘It’s a tough one because first-half even though we didn’t have much of the ball we defended really well, had a plan, went one-nil up but you can’t sustain that for 90 minutes against a team like Arsenal, it’s the same against City. In the end one of their chances will lead to something, with their free-flowing football they managed to get through.

‘Then your backs are against the wall and it’s down to us to keep going and we tried to do that but we couldn’t, we couldn’t get up the pitch, they smothered us.’

Rice insisted West Ham were not in a relegation fight despite sitting just one point above the drop zone. 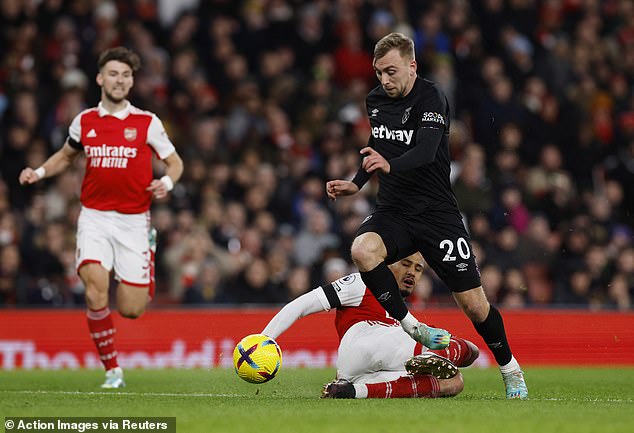 ‘No way we are down and out, we still believe we are a top team but we need to stop showing that now. The signings we have made and the players we have got is about having that perception of being a top team.’ 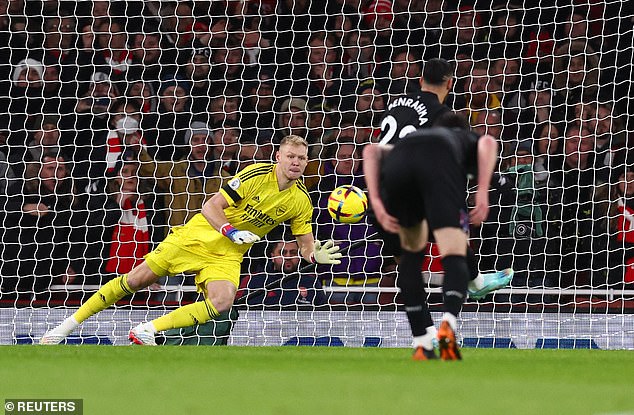