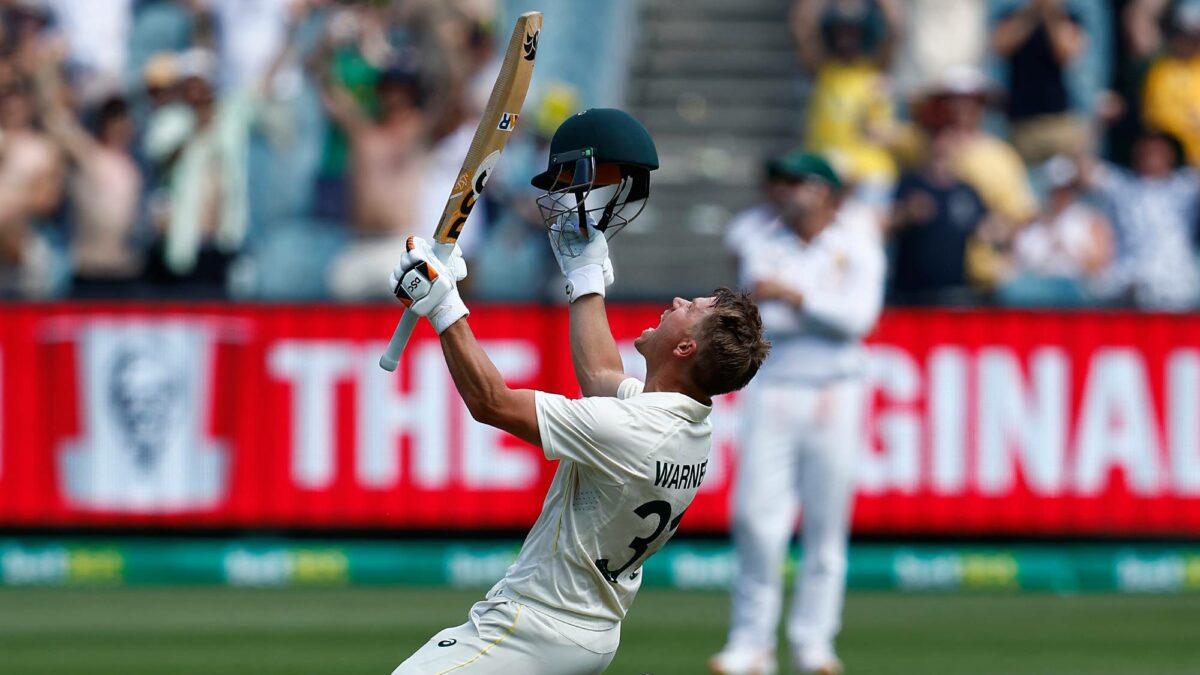 David Warner entered his 100th Test with his career not so much on the line but certainly up for debate.

Closer to 40 than 30 and having failed to pass three figures for almost three years, with tours of India and England – the two regions on this planet Warner has struggled in – to come, the microscope was quite rightly turning on the boy from Matraville.

During an Australian summer with very little to talk about, including the “contest” on the field, Warner’s leadership feud with Cricket Australia and his own form troubles had at least given the public something to talk about.

On Tuesday, with the sun beating down in Melbourne, Warner did what he had not been able to do in years by converting a start and going on to snap his near three-year century drought to drive Australia to an imposing lead on day two of the Boxing Day Test against South Africa. More was to come, with Australia’s lead nearing 200 after the Proteas were bowled out for 189 late on day one.

After surviving a blisteringly fast spell of bowling from Anrich Nortje, Warner’s challenging stint in the nineties was over as Dean Elgar turned to Kagiso Rabada who once again dragged short and was hit to the fine-leg boundary. It was a nothing ball from South Africa’s premier bowler, whose struggles late on day one continued into day two as the fast bowler failed to hit the top of off-stump. 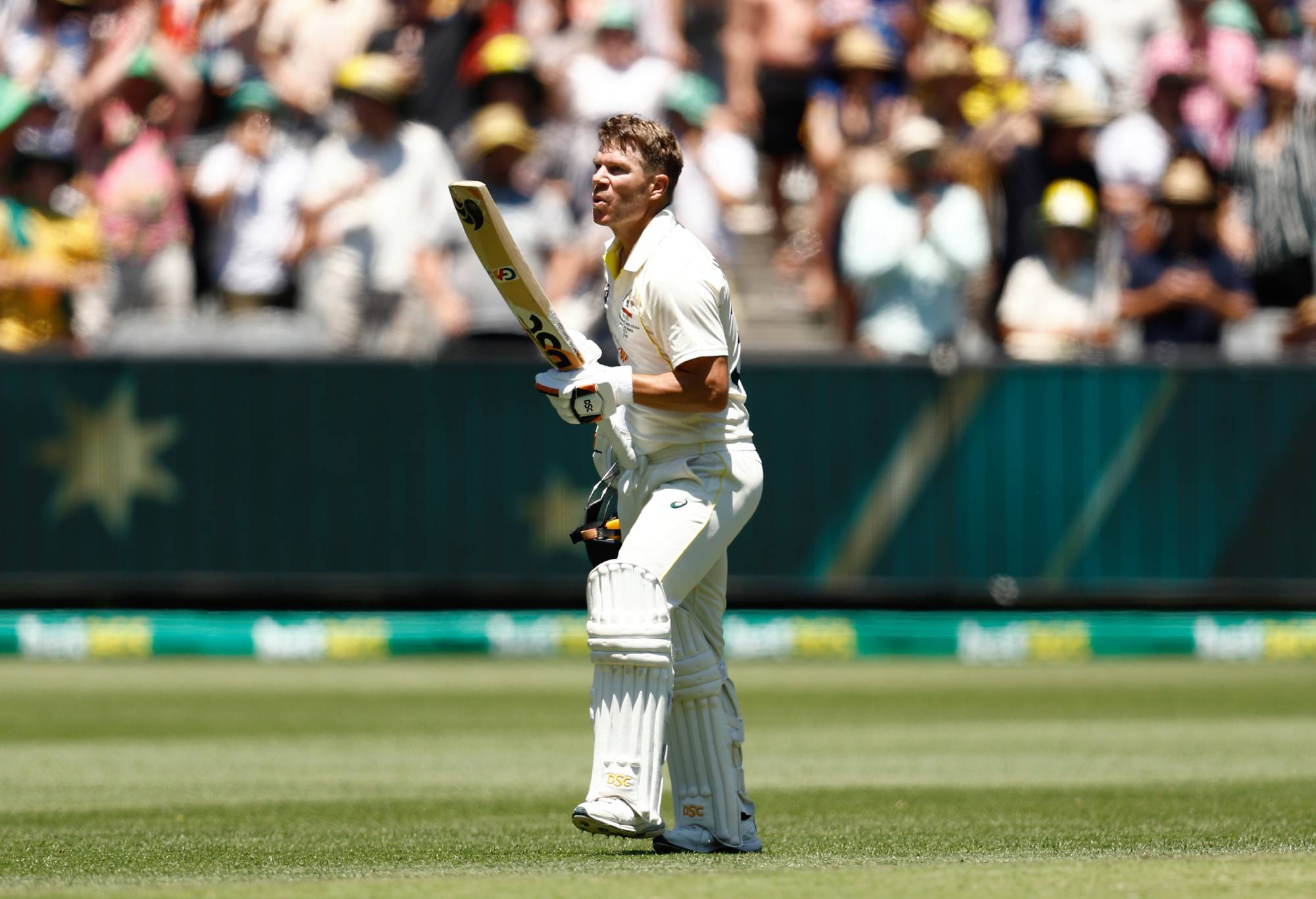 David Warner blows a kiss of his bat after scoring 100 against South Africa at the MCG on December 27, 2022. Photo: Darrian Traynor/Getty Images

The reaction said it all, as Warner’s celebratory leap returned and a kiss from the meat of the bat was directed to his wife Candice and their three children in the Shane Warne Stand.

“For him to be able to do it while his back is against the wall means even more,” Candice Warner later told Fox Cricket.

“You’d think by now writing David off is probably the wrong thing to do. He thrives on that.”

Once his reaction seemed overdone and grew tiresome, but after waiting 1086 days, 27 innings and 15 Tests since scoring his last century against New Zealand in Sydney, Warner’s great leap was a welcomed return.

How fitting, too, that it was his great mate Steve Smith, who had served a year out of the international game for the sins of 2018 alongside Warner, that met him in the middle of the MCG to celebrate his 25th Test century.

Almost three hours later, at 4:43pm AEDT, having survived one chance down the leg-side off Lungi Ngidi on 121 with the score 2-201 and cramp, Warner was assisted from the field unbeaten on 200 by Australia’s support staff.

After edging Ngidi through third slip to the boundary to bring up his double hundred, Warner went down on his knees and double fisted into the air. With one last moment of strength, Warner sprung into gear and leapt from the popping crease to celebrate. 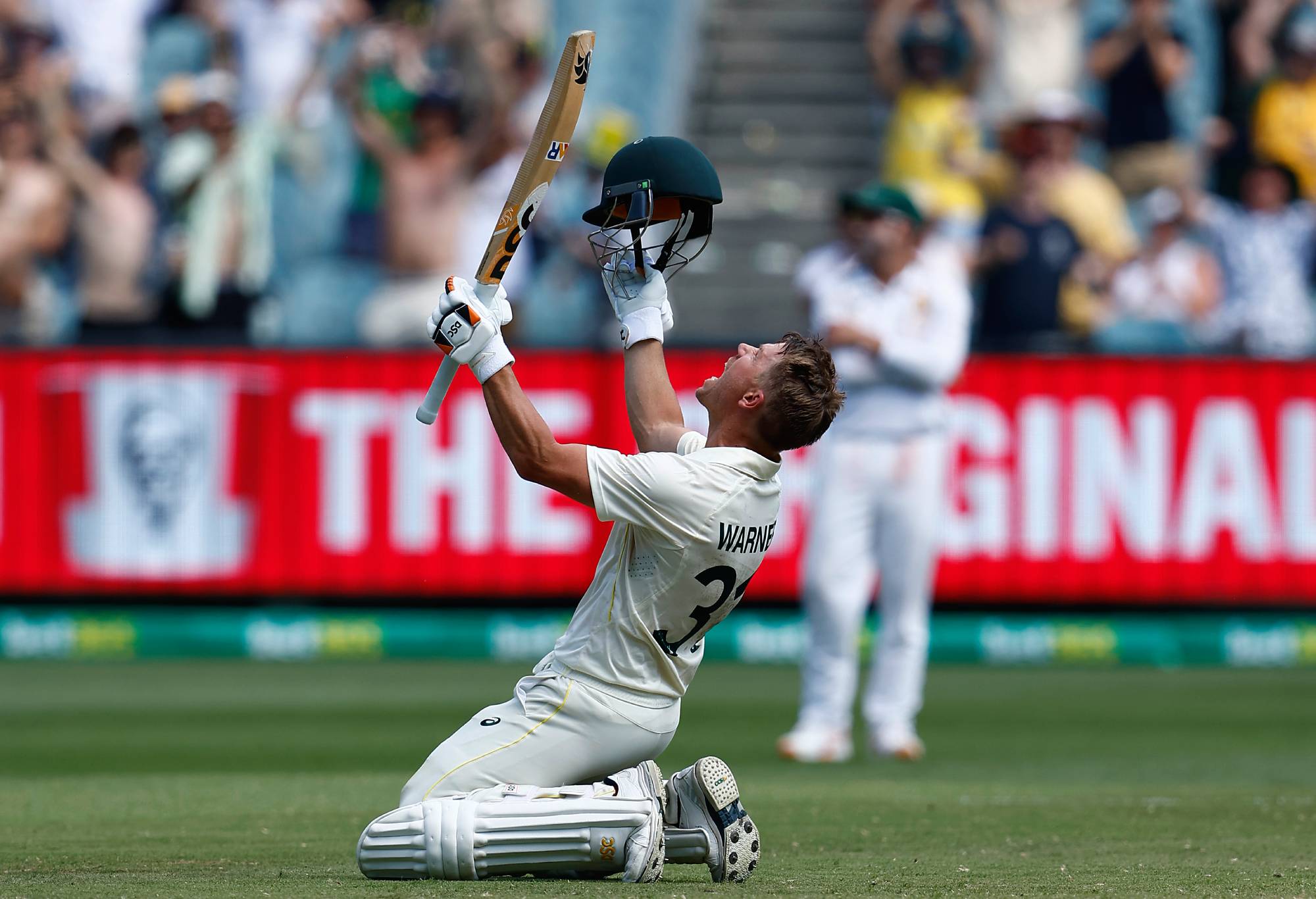 It was his final act of the day, as cramp returned at once. The physios came rushing back onto the ground.

Had he not retired, the umpires would have had to step in and take matters into their own hands because, despite the blistering heat, the Proteas weren’t afforded the same advantage by the water breaks the left-hander had been enjoying between overs.

Nonetheless, this was a fine innings from a man whose mind as much as his eyes had been tested this summer.

“One of the great motivations in sport and in life is to prove people wrong – and it’s driving this boy from Matraville,” Kerry O’Keeffe told Fox Cricket.

“The last time Warner played as disciplined as this, he got a hundred on a green top against New Zealand in Hobart (in 2011) … He’s wound the clock back.

“His reaction time, his shot selection … the trademark punches through cover off both feet – it’s all been on display.

“This is a drama where you couldn’t write this script. He looked gone in Brisbane – I know it was a sporting pitch – but the doomsayers were saying ‘he’s gone, he’s in the dimming twilight’. And he’s bounced straight back.” 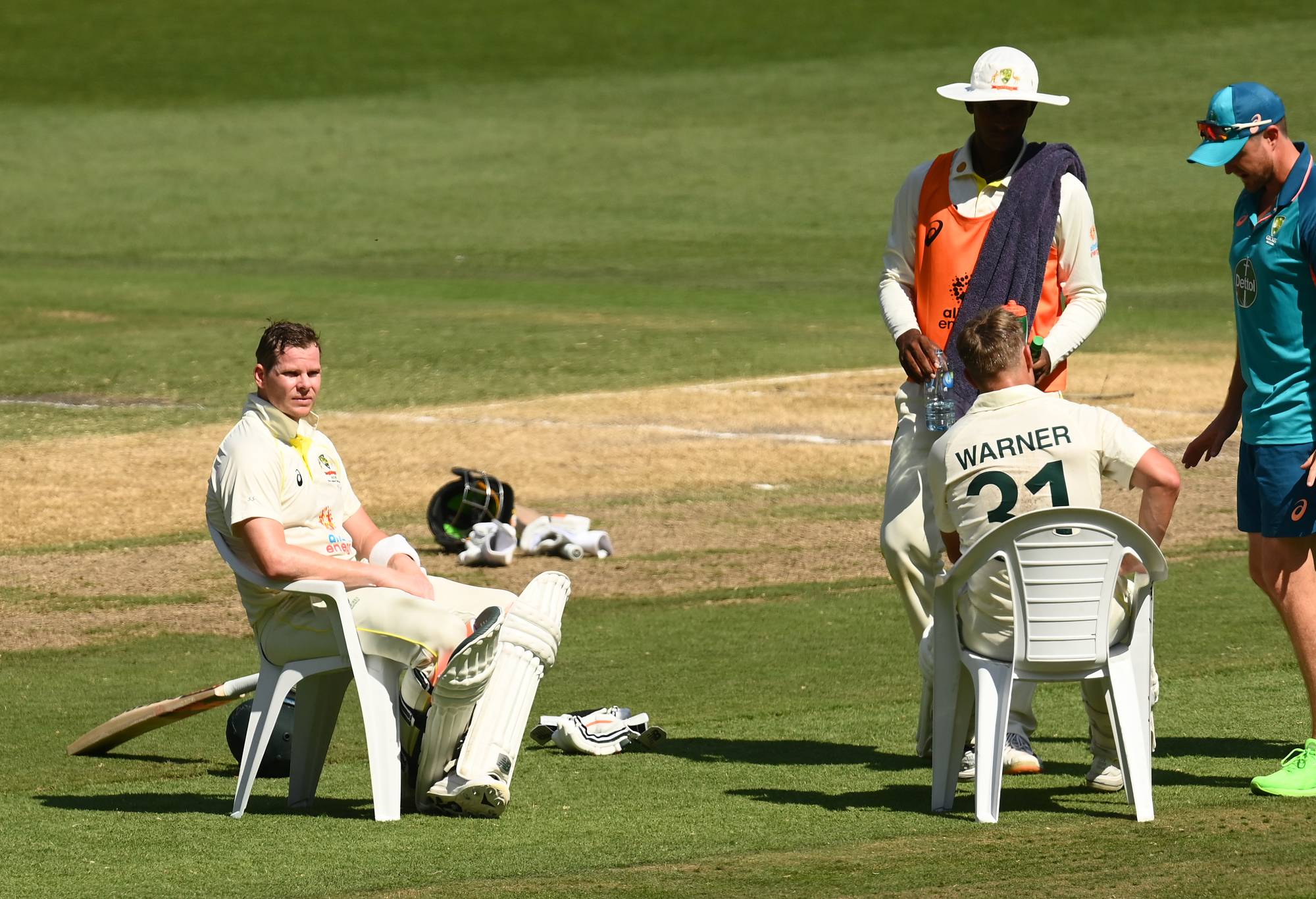 Steve Smith and David Warner rest during a drinks at the MCG on December 27, 2022. Photo: Quinn Rooney/Getty Images

The only disappointment for Warner would have been that he wasn’t able to celebrate Smith reaching the century milestone.

After cruising to 85, Smith, having been forced to have an early Gatorade as the umpires called for drinks 10 minutes early as Warner suffered cramp, attempted to uppercut Nortje over the slips but only managed an under-edge and guided the ball straight to Theunis de Bruyn first ball after the break.

But their 244-run third-wicket stand – the pair’s first double-hundred partnership in Test cricket – had driven the Proteas into the ground after Marnus Labuschagne sacrificed himself after a mix-up with Warner and been run-out for 14.

Travis Head, whose 92 had been the difference between the two sides on a green top in Brisbane, then punished a tiring attack on a wicket that offered little for the tourists’ fine quicks.

After racing to 23, Head whipped Marco Jansen over backward square for six and then followed it up later in the over with an aerial punch over wide mid-on to the boundary.

The rhythm and pace of his innings was not matched at the other end.

Where batting came easy to Head, Cameron Green struggled to rotate the strike and bat with any fluency.

He was then forced to retire hurt on six after copping a nasty blow to the glove off Nortje that drew blood.