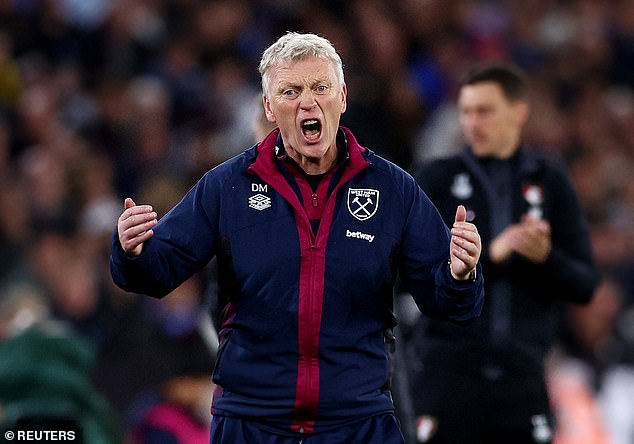 David Moyes believes his West Ham side were ‘due a decision’ after the Hammers beat Bournemouth 2-0 via two controversial VAR calls on Monday.

The Hammers’ first goal was allowed to stand despite a lengthy check for a handball by Thilo Kehrer, before they were awarded a penalty late on after Jordan Zemura was adjudged to have handled Vladimir Coufal’s cross on review.

Moyes, speaking to Sky Sports after the game, said ‘everybody thinks’ they are due a decision, before echoing other managers’ views in asking for consistency. 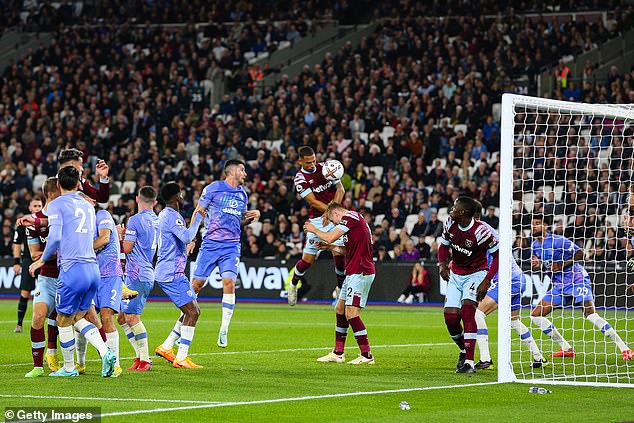 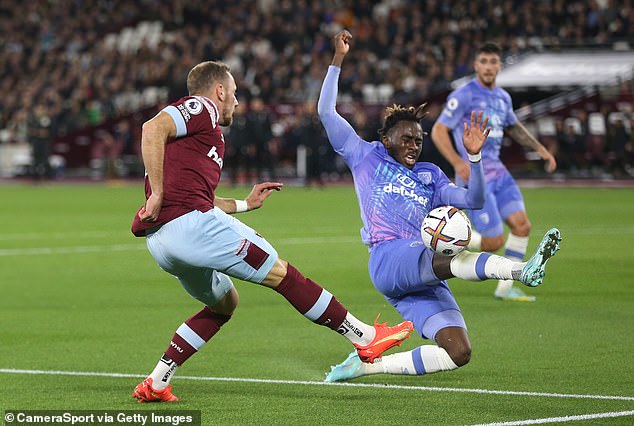 ‘I do think we were due a decision or two’, the Scot said. ‘But everybody thinks they’re due one.

‘There’s been some strange ones. I can’t quite work out why we didn’t get one against Southampton the other weekend and then I watch Chelsea and Manchester United and they get one exactly the same. 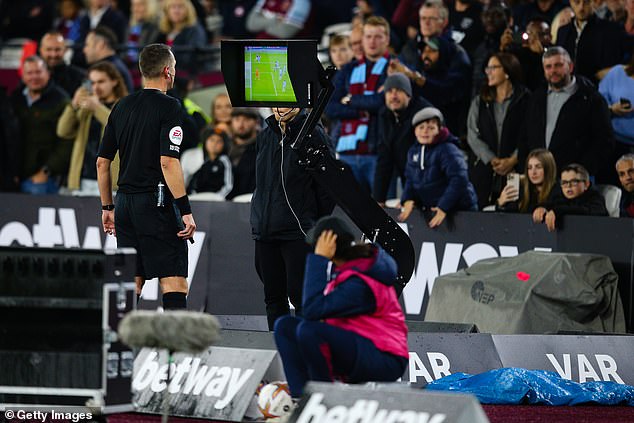 Referee David Coote originally didn’t give a penalty, but changed the call after VAR intervened

The Hammers have had a slow start to the season and would have found themselves 17th in the table had they lost, but the win meant they moved up to 10th.

Moyes admitted his side’s start to the campaign was below par, but praised his team for bouncing back and welcomed the upcoming break for the World Cup

‘I hope (that the break helps), but it’s something no clubs have really done before’, he said.

‘It’s about how you deal with the winter, when you train, how you train, what friendlies you take on.

‘For example, Nayef Aguerd will go and play for Morocco and in a way that will help us because it’s unlikely that he’ll be ready for any Premier League game before the World Cup. He may well be, but then there’s the other ones where there’s a lot of really good players that have to go to the World Cup and then come back. 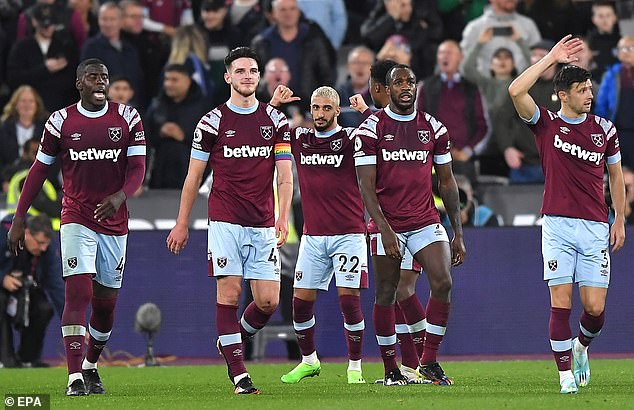 See also  KATIE HIND: My frosty encounter with the woman at the heart of Wagatha Christie court clash 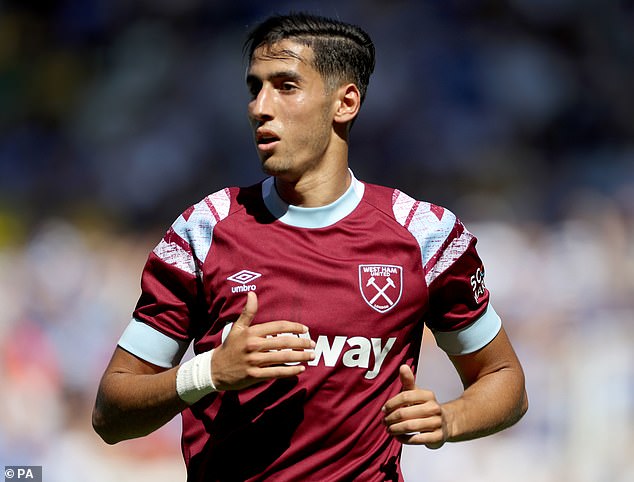 ‘We didn’t get off to a good start but we’re climbing our way back now, maybe chasing.

‘Last year we were fourth for long periods and getting a lot of talk about Champions League and we didn’t have a strong enough squad to deal with that and Europe, so this year we’ve strengthened the squad and I think we’ve bought good players in.

‘That little time for me to see how they settle is sometimes required.’

The Hammers face Silkeborg at home in the Europa Conference League on Thursday before a trip to Old Trafford to face Manchester United on Sunday.