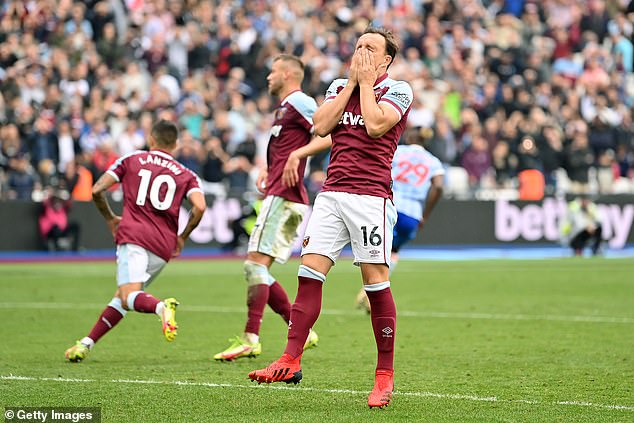 David Moyes has defended his decision to send Mark Noble on for a last-minute penalty after his miss cost West Ham a point against Manchester United.

With the Hammers trailing 2-1, club captain Noble, their Mr Reliable from the spot, was summoned from the bench by Moyes to take the penalty after Luke Shaw handled in the area.

Noble had not missed a penalty since December 2016, remarkably eight months after De Gea last saved one – some 40 spot-kicks ago. 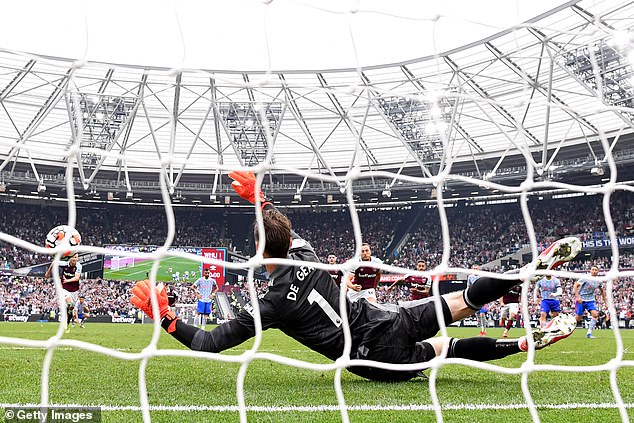 But the long-serving midfielder, who retires at the end of the season, was denied his moment of glory when De Gea dived to his left to claw out his effort.

Sky Sports pundits Roy Keane and Graeme Souness criticised the decision, saying the player was neither warmed up nor up to speed with the game.

But Moyes insisted: ‘Do I regret it? Not at all. That’s what happens in management, you have to make big decisions. Sometimes they go for you, sometimes they don’t.

‘I just thought, we have a really good penalty taker on the bench. I’d have been more disappointed if I hadn’t made the decision. If one of the other players had taken it and missed I’d have thought, ‘Why didn’t I bring Mark Noble on’?

‘He has an incredibly good record on penalties. So with Mark going on, and De Gea not saving many, I’m hoping that is the equaliser.’ 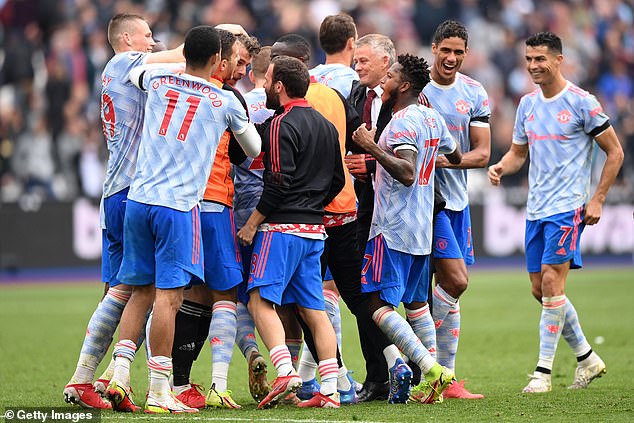 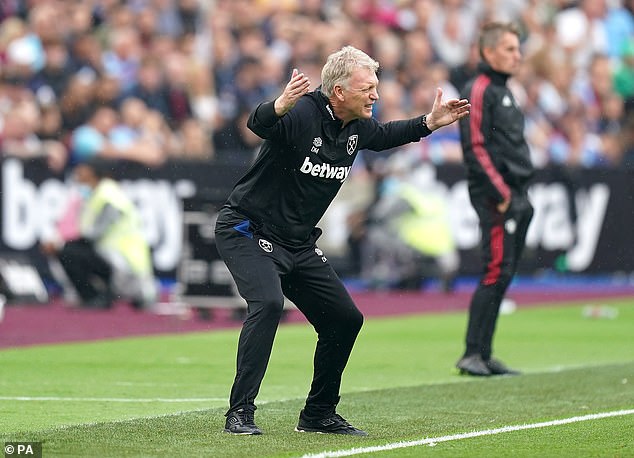 Even United boss Ole Gunnar Solskjaer feared the worst when he saw Noble come on.

‘I’ve seen Noble score so many penalties, so you feel down and out and expect to come home with a point,’ he said. ‘But luckily David has continued his fine form.’

See also  What will happen in Australian football in 2022? | Australia

To rub salt in West Ham’s wounds it was another substitute, Jesse Lingard, who scored what turned out to be the winner. Lingard, who starred for the Hammers on loan last season, curled home a superb shot two minutes from time.

Moyes, who wanted to re-sign the England winger this summer, added: ‘It just shows to always get a second chance. Jesse made a mistake which probably cost United in midweek (in their Champions League defeat to Young Boys).

‘He also got a second chance when he came back at West Ham and we’ll always be grateful. I wish he hadn’t scored, but we still had a chance to get a draw.’