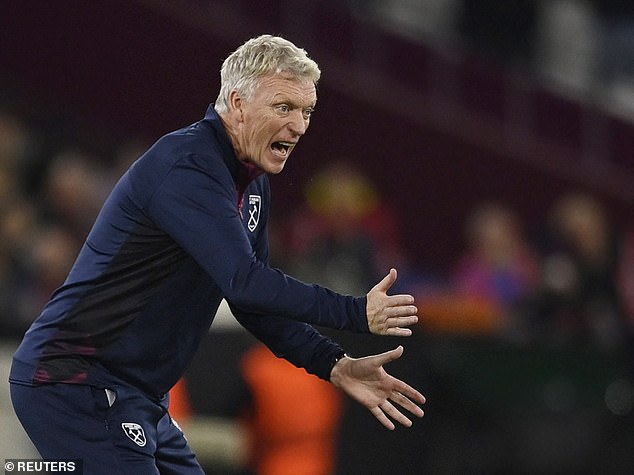 70th time lucky? West Ham manager David Moyes calls on his side to be more ‘brave’ and positive to end their awful away record against the Big Six ahead of their clash with his former club Man United on Sunday

West Ham manager David Moyes has urged his team to be ‘braver’ to put his dismal ‘big six’ record behind him.

The vastly experienced Moyes has failed to win away from home in the league against the ‘big six’ in 69 attempts, but believes he is closing the gap and Sunday could be 70th time lucky.

It could well be the perfect redemption story for Moyes when he takes a trip down memory lane, as West Ham face his former Manchester United side, at Old Trafford. 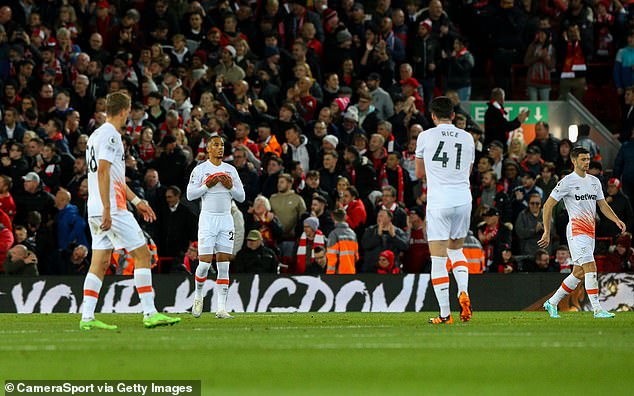 Moyes said: ‘Last year we did quite well against them. I know we lost both games to Man United in the last minute. Last year we ran the top teams really well. We’ve been to Anfield, lost narrowly. Lost at Chelsea narrowly.

‘What it comes down to is trying to make your own luck by being brave, positive, and over the last year or so, that’s the way we’ve been.’

Moyes will be delighted to have £30million defender Nayef Aguerd back and fully recovered from an ankle injury, which he picked up from Rennes in the summer.

The Scotsman handed a belated debut to the 26-year-old Morocco international in Thursday night’s 1-0 win against Silkeborg in the UEFA Europa Conference League and could well hand him a Premier League debut on Sunday. 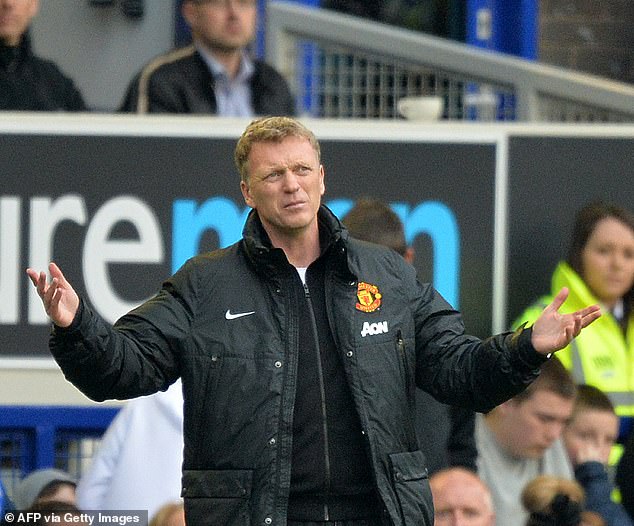 Moyes will face his former side Man United on Sunday, where he was sacked after 10 months

First he will warn Aguerd, a player Moyes believes has the style to take West Ham forward, of how physical the Premier League can be.

Moyes added: ‘I spoke to him before he came in. I told him that these would be the things he would have to expect and the differences.

‘If we have been struggling anywhere it has been at centre half, we have had difficulties all year in the position.

‘He is a really good leader and organiser defensively, he has a lovely left foot and I always want a balance of a left footer and a right footer if I can get it defensively’.