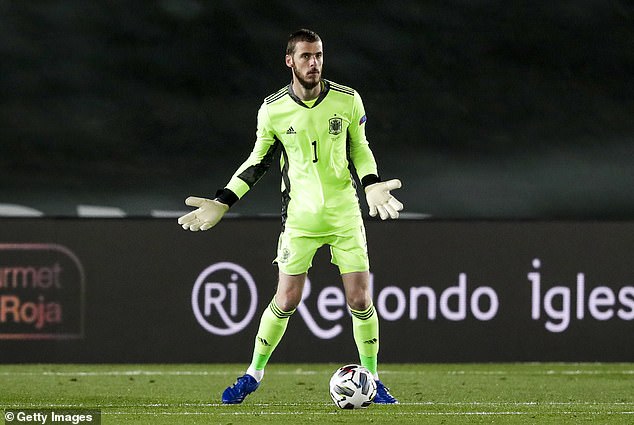 Manchester United goalkeeper David de Gea was left bemused by a congratulatory message from the Spanish FA on his retirement from international duty – despite being yet to hang up his gloves.

A veteran of 45 appearances for his country over six years, De Gea reportedly received a message of congratulations from Luis Rubiales, the head of the Spanish FA, over text. 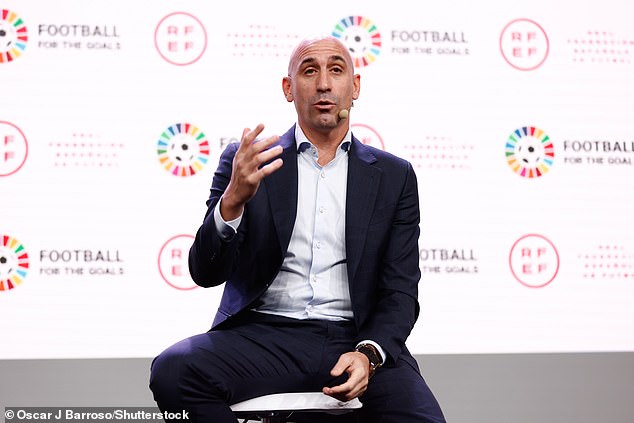 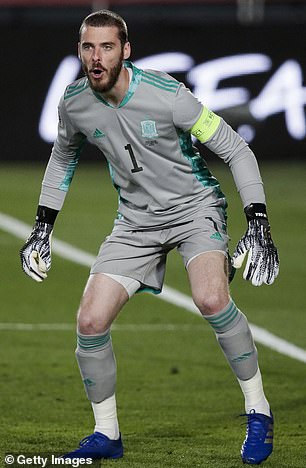 ‘Suddenly he disappeared from the call ups a few months ago and Luis Enrique did call David to tell him he was not going to count on him. He told him that it was a technical decision. Obviously, David asked him what the reason was, but he was not given any further explanation.

‘A few days later David receives a message from (Luis) Rubiales, president of the Federation, who says “David I am glad that you have finally made the decision you have been thinking about. I have already been told that you are leaving the national team”.

‘To this David replies “Sorry? There is no renunciation of anything, who has told you that I renounce anything? The coach has told me that he is not going to count on me, but I have never renounced the national team, nor do I intend to do so, that is if I am called up”.

‘He was a bit surprised by the communication between Luis Enrique and Rubiales and the message that arrived from Rubiales afterwards.

‘The last year and a half De Gea has been very good, being a protagonist for Manchester United in almost every game and he was seen as being a part of the three in the national team. 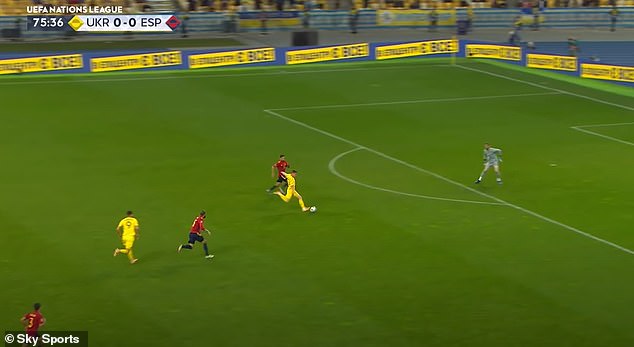 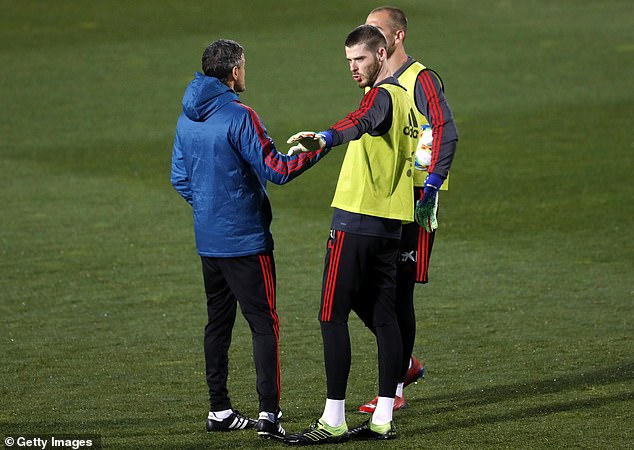 ‘I do not say he should be a starter, but he believed he could contribute apart from experience. He was a bit surprised that Rubiales sent him the message saying that he was going to resign from the national team or that he had made the decision after thinking about it, never mind congratulations for taking the decision.’

De Gea had been a mainstay in the Spain national team since making his debut under World Cup-winning manager Vicente del Bosque in 2014, but he has since slipped out of favour under Enrique.

His last appearance between the sticks for his country came in an October 2020 clash against Ukraine, and he has been slowly slipping further and further down the pecking order since Enrique’s return. 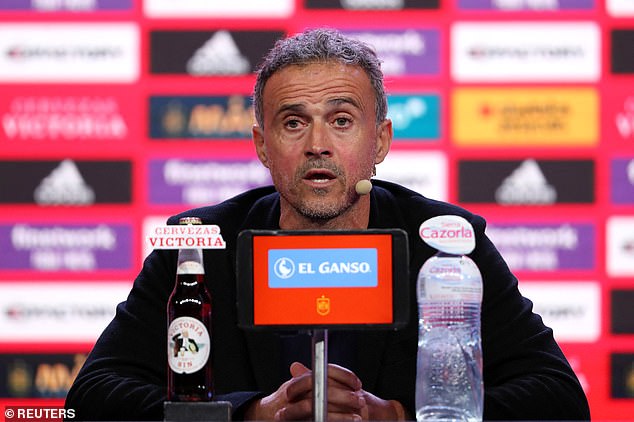 Manchester United goalkeeper David de Gea has been left ‘surprised’ after receiving a message from the head of the Spanish FA congratulating him on his international retirement, despite having yet to retire for his country. @elchiringuitotv @Sport_Witness 🔴

Since then he had continued to be called up, but failed to make an appearance before he was dropped from the squad entirely in November 2021.

The decision to drop De Gea from his Qatar World Cup squad naturally created some backlash for Enrique, and the numbers behind the three goalkeepers selected do not necessarily justify his stance.

The Man United shot-stopper has conceded 20 goals in just 14 Premier League games this season – 23 in total – and with only five clean sheets in those 14 games he would not have brought any great form with him to the World Cup. 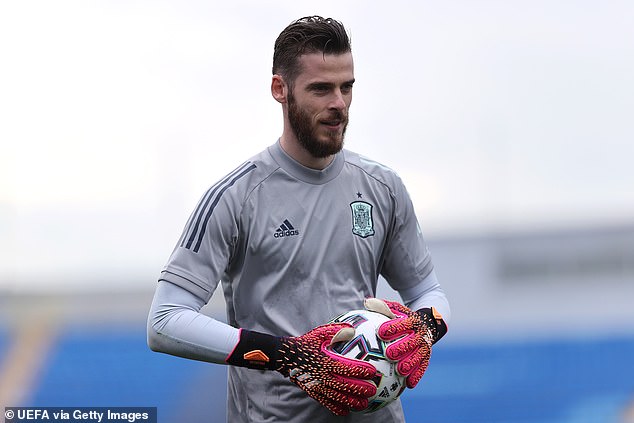 Despite being part of the Euro 2020 squad for Spain, De Gea was left on the bench throughout

However, Brentford’s Raya and Brighton’s Sanchez have both only managed four clean sheets in the top-flight, with the former conceding five more goals than De Gea and the latter only one fewer than his Man United counterpart.

Apparent No 1 Simon has at least outperformed the 32-year-old, with six clean sheets and only 14 goals conceded at the heart of a mean Bilbao defence that has earned them fourth place in LaLiga before the World Cup break.

But despite a resurgence in form for the Spaniard, and an apparent rebuttal of the idea of retirement, it remains to be seen whether De Gea can work his way back into Enrique’s good graces when his country already counted him out. 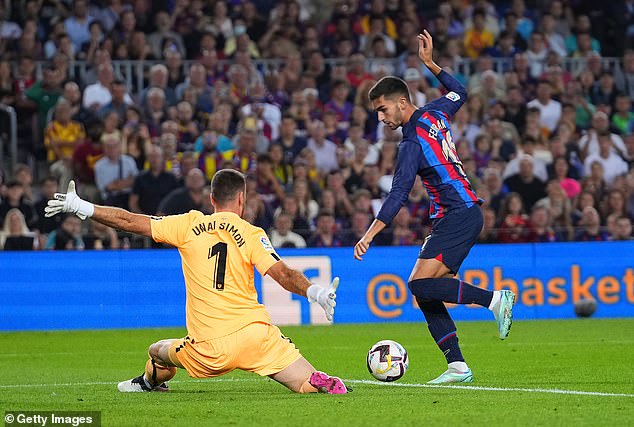 This month’s World Cup is the first tournament that De Gea will miss out on since making his senior Spain debut in 2014, having been the No 1 at both the previous World Cups and Euro 2016.

And there is equal uncertainty over his club future, with his current contract at Man United set to expire at the end of the season.

The Red Devils have the option of extending his deal by a further 12 months, but it is yet to be seen whether Erik ten Hag will continue to put faith in the shot-stopper, or look to bring in a new recruit as part of his ongoing rebuild at Old Trafford. 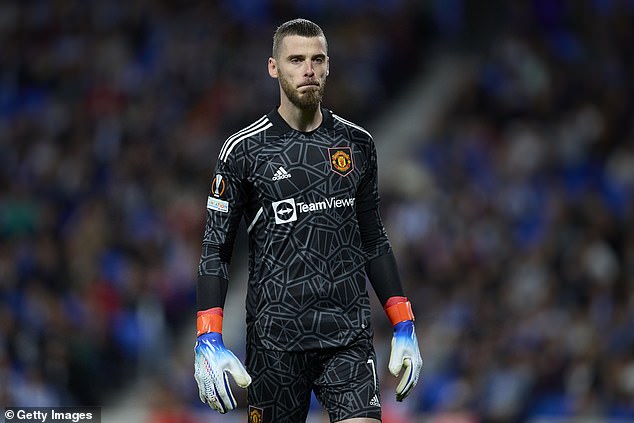 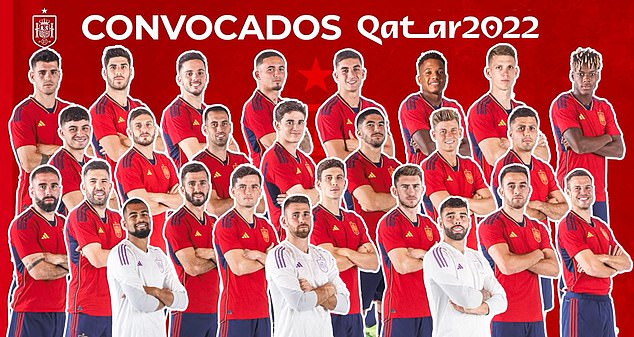