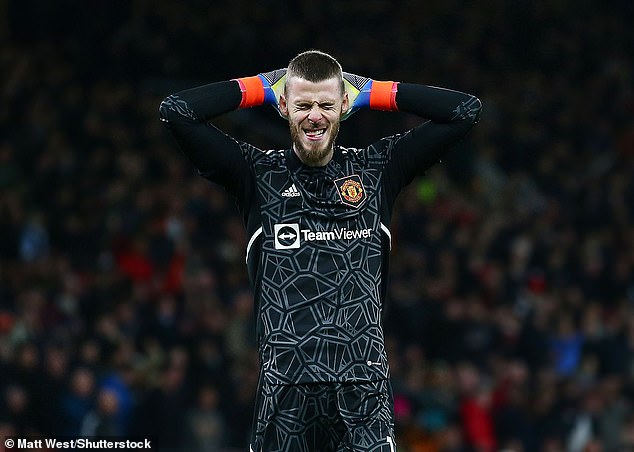 Manchester United are reportedly considering offering goalkeeper David De Gea a new contract on reduced terms with boss Erik ten Hag still not convinced that he is the right man for his system.

De Gea has been the first-choice goalkeeper at United since 2011 and is set to break into the club’s all-time top 10 appearance holders.

The Spaniard is out of contract this summer and now there is question marks over whether or not United will renew his deal with boss ten Hag still unconvinced that that goalkeeper fits his system. 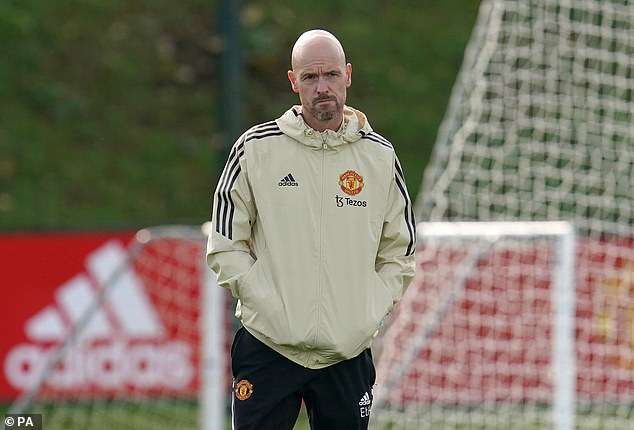 The 31-year-old will have to take a significant pay cut from his current £375,000-a-week wages in order to remain at Old Trafford, according to The Athletic.

This comes after de Gea revealing back in the summer that he would be open to reducing his wages to remain at United for the foreseeable future.

The same reports suggests the club are scouting the likes of Porto goalkeeper Diogo Costa and Athletic Bilbao shot-stopper Unai Simon as they look for a new goalkeeper in the future. 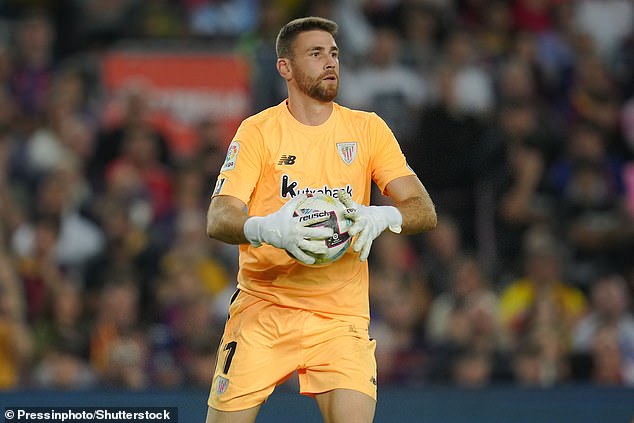 It is a bizarre situation given that De Gea has featured in all 15 games for United since ten Hag took over this summer.

The Dutchman, however, previously said when asked about De Gea’s expiring contract: ‘We didn’t make a decision on him but what I can say is that I am really happy with David de Gea as a keeper.

‘His first two performances of the season were not his best but after you see he brings us a lot for the defence department, gives stability and as a person I like him – I can cooperate with him really well. But first we go to the winter and then we will talk about how to deal with this.’ 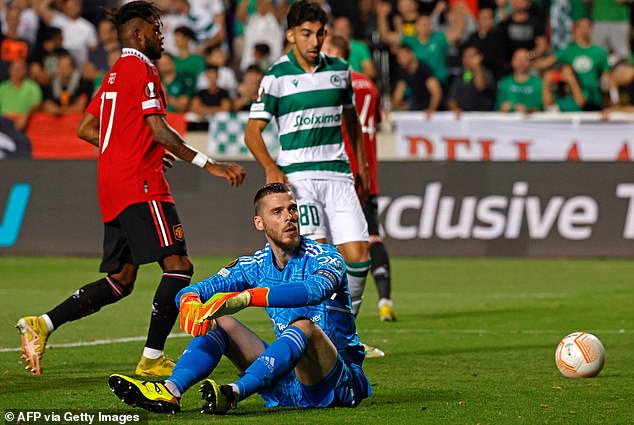 The former Ajax boss ten Hag’s strategy depends on a goalkeeper playing out from the back with his feet and being able to support his defence.

De Gea has so far failed to show that he fits into that way of playing with his disaster performance as United were thrashed 4-0 by Brentford earlier this season.

The experienced goalkeeper seems to have adapted his play since the beginning of the season as United have improved their fortunes, but he still opts to pump the ball long at times, instead of playing it short to his defenders.

Therefore, it has been said that United scouts are eyeing potential long-term successors for the Spaniard, including both Costa and Simon. 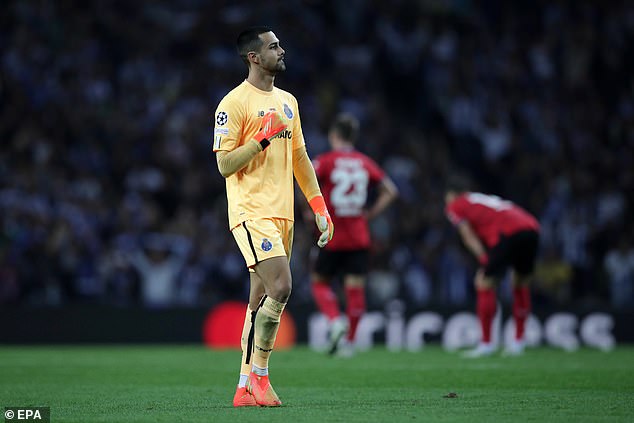 Portugal international Costa has been a key figure for Porto this season, especially in the Champions League by helping his side progress into the last-16 of the elite competition.

The 23-year-old denied a penalty against group leaders Club Brugge as they sealed a 4-0 win on Wednesday evening.

He has now saved three penalties in the Champions League, becoming the first goalkeeper to achieve such a feat.

Bilbao’s Unai Simon is another potential target for United to replace de Gea long-term having impressed both in the LaLiga and internationally since becoming the club’s first-choice goalkeeper after Kepa Arrizabalaga’s big money move to Chelsea.

Simon is expected to be Luis Enrique’s first choice goalkeeper for Spain at next month’s World Cup in Qatar.

Both potential targets are younger and both known for playing the ball out from the back with their feet, which suits ten Hag’s system of play.