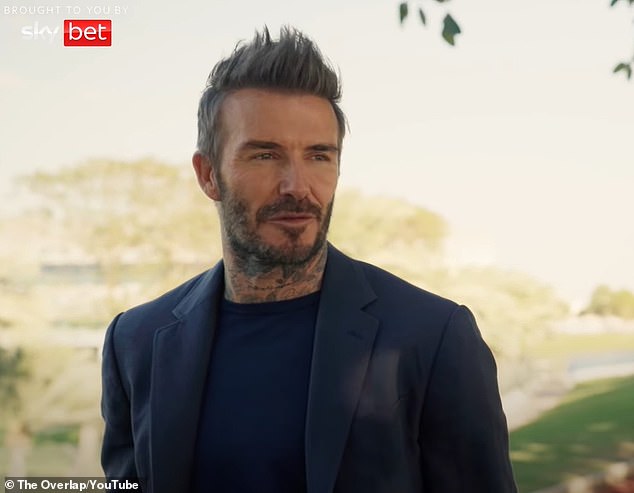 David Beckham almost FORGETS about his famous goal from the halfway line, reveals Nicky Butt still asks him for restaurant bookings… and tells Gary Neville that Zinedine Zidane is the best he’s played with

David Beckham has revealed he forgot about the famous long-range goal against Wimbledon which sparked his career into life.

The Manchester United and Real Madrid icon smashed home from the halfway line against Wimbledon to launch a glittering, trophy-filled career.

And speaking on former United team-mate Gary Neville’s The Overlap YouTube channel, Beckham also discussed Nicky Butt asking him to sort out a table in a restaurant and revealed the best player he’s ever played with as Zinedine Zidane. 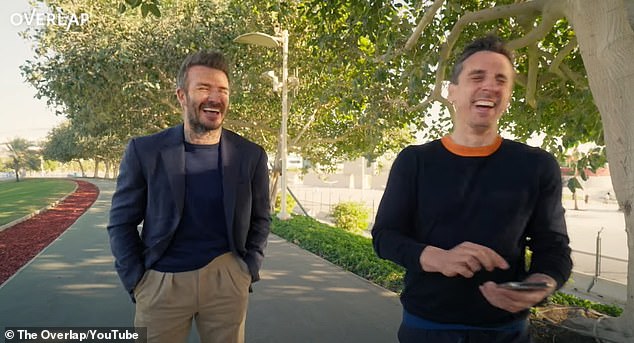 When asked what his best ever goal is, he instantly said: ‘Greece. Goal against Greece.’ Neville quickly shot back: ‘Not the halfway line one, no?’ as he raised his arms to imitate Beckham’s famous celebration at the time.

Beckham replied: ‘Actually, I forgot about that one, yeah! That one. We’ll say the halfway line one’ as the pair cracked up laughing.

After claiming his favourite city is London, the 47-year-old then teased Neville and other former United team-mates for criticising the capital city but then spending a lot of time there as well.

He stated: ‘That’s why you spend so much time down here! All of you lot (used to hate it). “Ooh, London, East London, it’s all flash cockneys”. You’re all down there now! “Oh, can you book me a restaurant?” 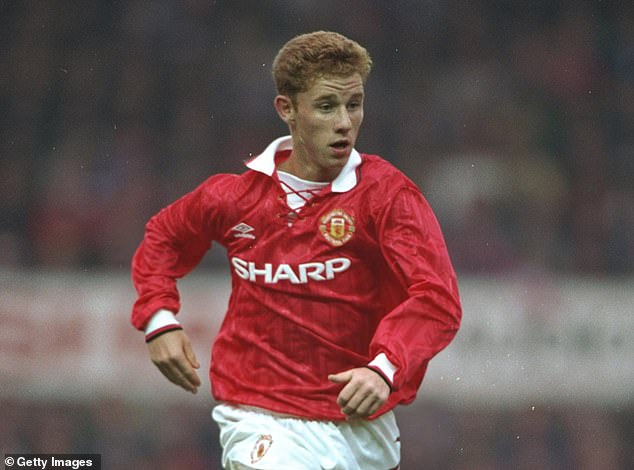 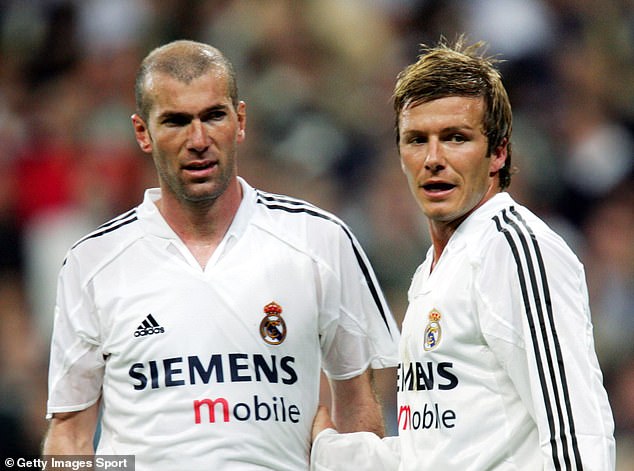 ‘Butty (Butt) texted me the other day -“Becks, can you get me in this restaurant?”‘

Neville laughed and responded: ‘What’s the best thing about knowing David Beckham? You always get a seat in a restaurant. It’s unbelievable. The contacts are incredible.’

Beckham then revealed his opinion on the best player he’s ever played with, going for a former Real Madrid team-mate.

After looking back at Neville and joking ‘Apart from you?’, he simply added: ‘Zidane…Zizou’ before also stating he would want the legendary French playmaker to take a last-minute free kick to win a game.

The Overlap is a YouTube channel from Gary Neville in partnership with Sky Bet.