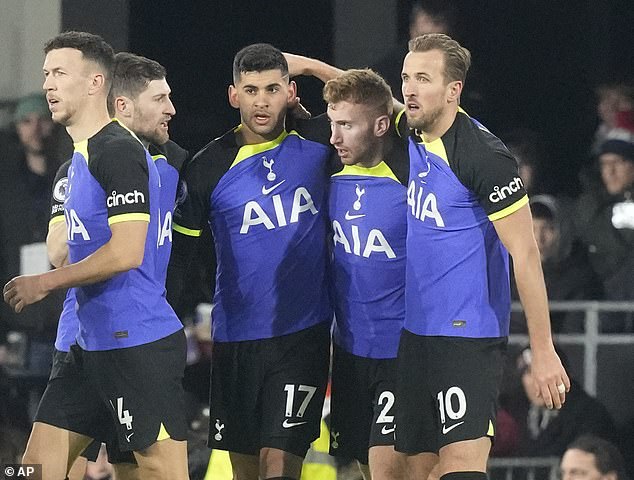 From the rubble of defeat, with the crisis summit over but sirens still blaring around north London, Tottenham cobbled together the first few bricks on which to build. Or rebuild.

The campaign begins now. ‘This has to be a starting point for us,’ Antonio Conte insisted after his side held out for three vital points at Fulham.

It proved to be a night of celebration as Harry Kane shrugged off his fever to move alongside Jimmy Greaves in the club record books. 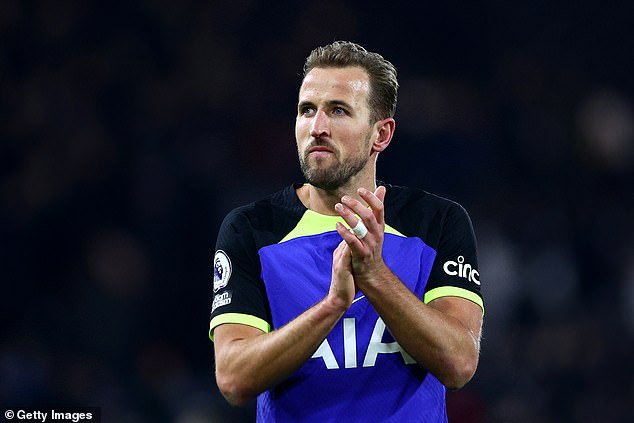 A night when Conte teased supporters by suggesting the vista of Kane and Tottenham and silverware can be more than a mirage. 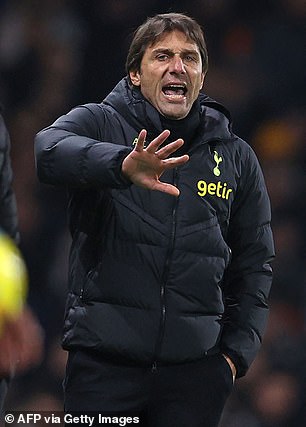 When the Italian saw the same signs of life that carried them back to the Champions League. When he urged Tottenham to dream once more.

‘Seventeen games to go in the Premier League and it is up to us,’ Conte said.

‘If I see this desire again, this commitment, this unity and the will to help each other, I think that we have time to have another good season.’

Marco Silva’s side could have leapfrogged Tottenham. Instead Spurs moved to within three points of the top four after only their second Premier League win in six games and only a second league clean sheet since October.

Yet Monday’s visit to Craven Cottage served also to highlight the fissures that remain.

It took around five minutes for the travelling support to mark their territory: they sung for Conte and Kane, they asked for chairman Daniel Levy to find another club.

The uncertainty surrounding managing director of football Fabio Paratici goes on, too, after his two-and-a-half year suspension by the Italian FA. 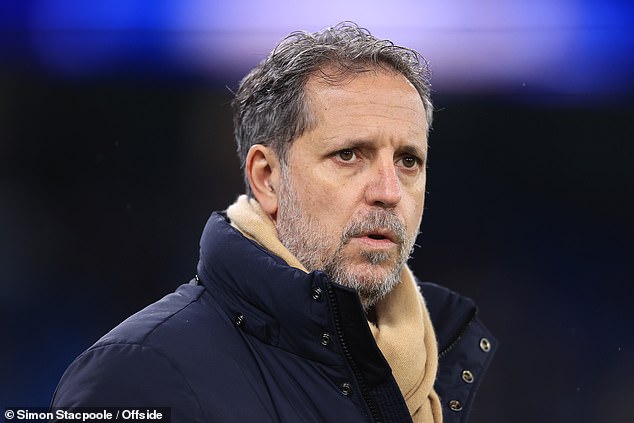 Spurs’ football hardly sparkled either. They were second best and struggling until Kane’s devastating goal. If he is to reward them with yet more loyalty, they really do owe him better support than this.

And another brutal truth? This win came only after an intervention. After defeats by Manchester City and Arsenal, when the manager gathered his players to spell out some home truths.

‘They know that when I speak, I don’t like to tell lies or good lies,’ Conte said.

‘When you concede 21 goals in the last 10 (Premier League) games, maybe there is something wrong and for this reason we spoke with the players.’ 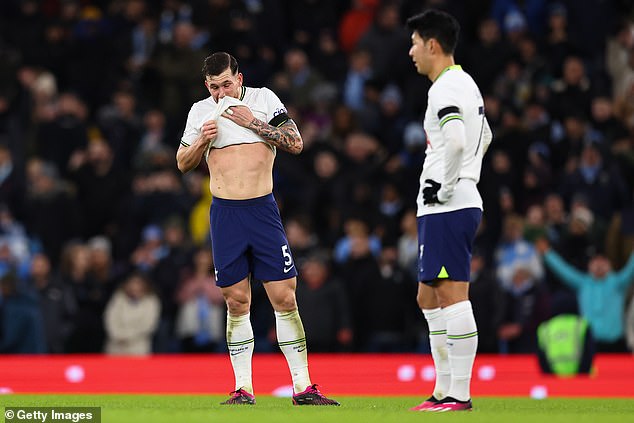 He added: ‘I showed that compared to last season we are lacking defensively… all of the team, not only the defenders and the goalkeeper. I have good players, but especially I have good men and they are smart people.’

Many of Conte’s friends – or ‘people I ask to watch the game’ – told the Italian what he could felt himself: the spirit of this side had waned since last season.

The numbers made plain that Tottenham’s struggles were more than tactical. Work had to be done ‘about the mentality and in the mind, in the heart and in the desire to sacrifice for the team,’ Conte explained.

‘I wasn’t angry, this has to be very clear. In these situations, sometimes you are a bit upset but I wasn’t angry. I showed only the stats and when there is the stats it’s the truth, when it says 21 goals in the last 10 games, you have to accept and to understand that maybe we can do much more.’ Not just his players. 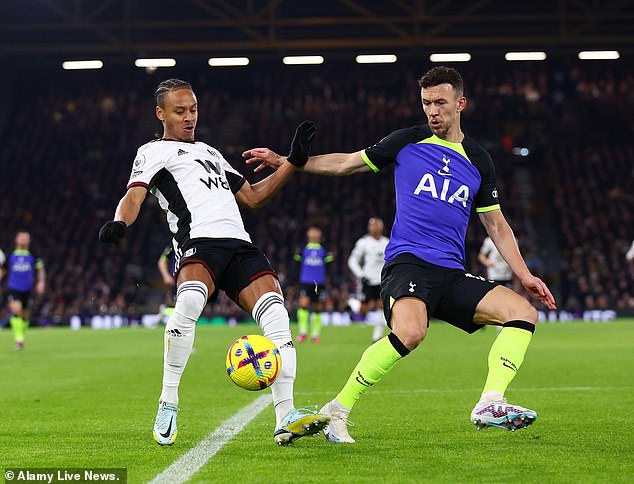 Tottenham’s struggles are more than tactical, although they remain in the hunt for the top four

‘Me also,’ Conte conceded. ‘Maybe I didn’t work on some aspects and for this reason when I have a good relationship with the players and I tell them always the truth, they know that if I want to, they accept it because they’re really good players and smart people.

The coach does have some mitigation if his own standards have dipped: he has lost three close friends – fitness coach Gian Piero Ventrone, Sinisa Mihajlovic and Gianluca Vialli – in recent months.

‘He puts so much passion into every training session. And we want to repay him with victories,’ Kane said.

This was a start. But it will count for nothing unless Spurs can build on these foundations – starting at Preston in Saturday’s FA Cup fourth round. 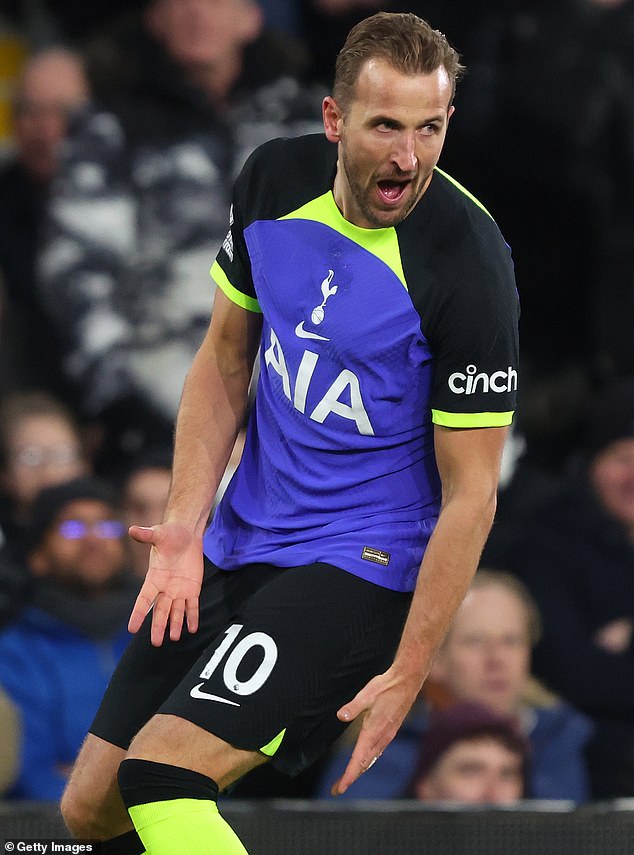