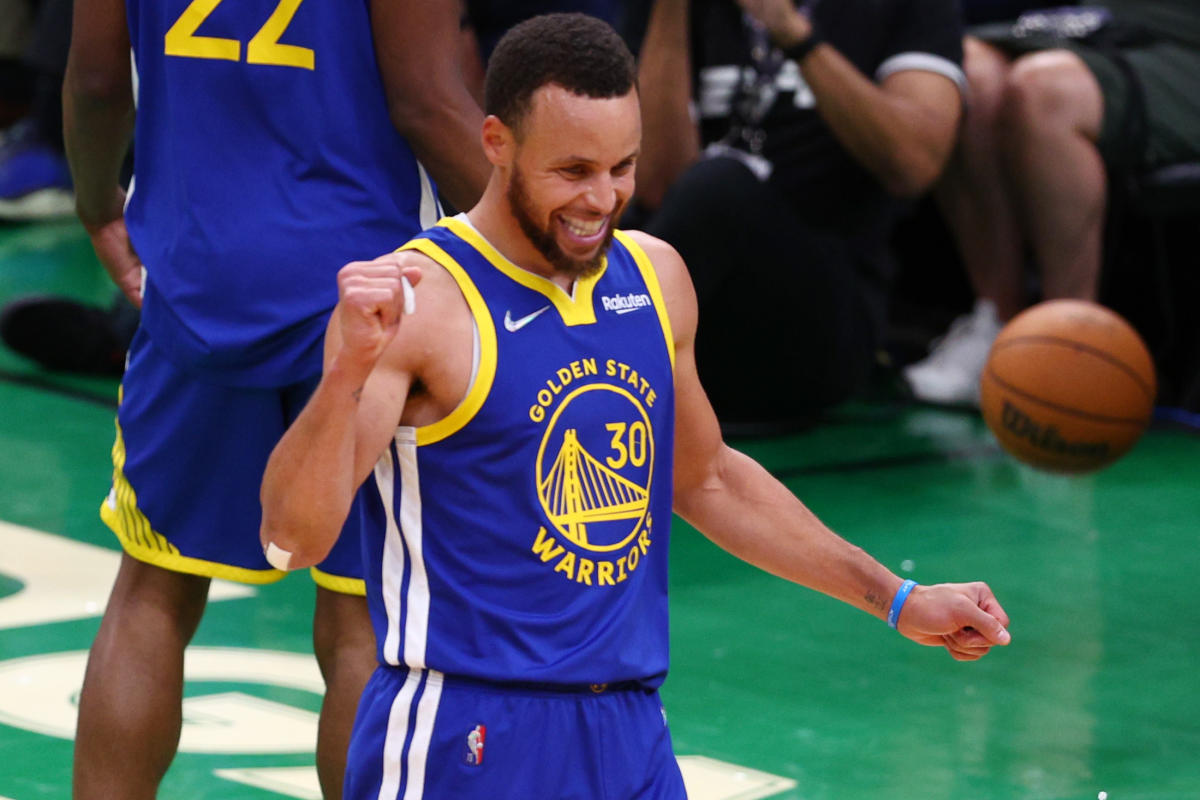 BOSTON — The Golden State Warriors dynasty is alive and thriving.

The Warriors laid waste to the Boston Celtics on their home floor in Game 6 of the NBA Finals to win their fourth championship in eight seasons. A 21-0 onslaught that spanned the end of the first quarter and the start of the second gave Golden State a lead that was too much for Boston to overcome in a 103-90 final.

The Celtics began Game 6 as they did elimination games against Milwaukee and Miami, jumping out to an early lead. They made four of their first six shots, including back-to-back 3-pointers by Tatum and Brown, to snare a 12-2 advantage. Boston missed several opportunities to extend the margin and reverted to bad habits, committing four turnovers and allowing three offensive rebounds in the opening 10 minutes.

That left the door open for the Warriors, and Draymond Green walked right in, converting a wide-open 3-pointer — his first of the series. Curry and Jordan Poole also added triples before the first quarter came to an end with Golden State leading 27-22. Poole and Andrew Wiggins respectively traded 3-pointers and buckets at the rim. Boston coach Ime Udoka called two timeouts during the run, but the damage was done.

The Warriors had turned a 22-16 deficit into a 37-22 advantage on a championship-caliber 21-0 avalanche.

The Celtics responded with eight straight points, but baskets were still not easy to come by in the halfcourt against Golden State’s defense, and their worst stretch of basketball was still to come. Boston committed seven turnovers in a string of 11 possessions over five minutes, while Curry and Thompson combined for 14 points on a 17-3 run that extended the Warriors’ lead to 54-33. It was a 38-11 blitz that silenced TD Garden, except for the smattering of boos that followed the Celtics into their third timeout of the quarter.

Six straight points before the half kept Game 6 from being a laugher at the break. Boston’s 13 turnovers and Golden State’s nine offensive rebounds could have translated to far worse than a 54-39 halftime score.

The Celtics tried to mount a third-quarter comeback, but the Warriors answered each of Al Horford’s three 3-pointers with one of their own — and then some. Curry went for the kill midway through the third, draining a 28-footer for Golden State’s fourth 3-pointer on as many possessions and a 72-50 lead. He galloped along the sidelines, relishing an atmosphere silenced by his brilliance. The Warriors were preening again.

Boston had one last gasp. Horford capped a 15-2 run over the next five-plus minutes with a three-point play that gave him 12 points in the third quarter, cut the deficit to nine and reignited the TD Garden crowd.

The Celtics began the fourth quarter with five straight opportunities to cut into Golden State’s lead, but two more turnovers, a pair of missed layups and an errant Brown jump shot left them pushing the rock uphill. Four points from Poole sustained a 12-point advantage for the Warriors while Curry rested on the bench.

Boston would get no closer than eight points, as Curry and the Warriors had an answer for everything the Celtics threw at them. Curry’s last dagger came with with 3:17 remaining. He drilled an open 3-pointer to give Golden State a 96-81 lead that was finally too much to overcome. Curry put the Celtics to bed with a goodnight gesture and spent the last three minutes celebrating the fourth championship of a storied career.

is a staff writer for Yahoo Sports. Have a tip? Email him at or follow him on Twitter!