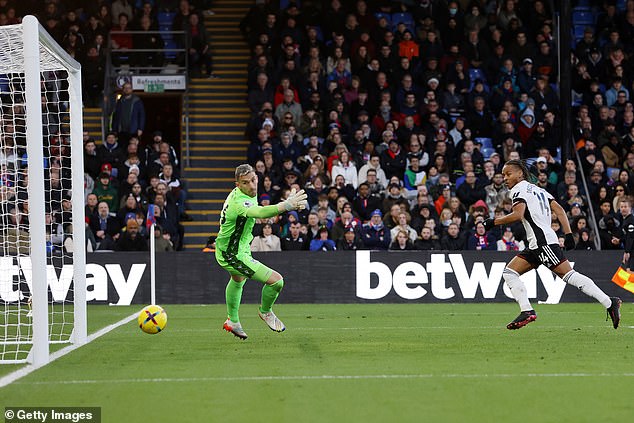 Crystal Palace 0-3 Fulham: Tyrick Mitchell and James Tomkins BOTH see red for Patrick Vieira’s side as Bobby Decordova-Reid, Tim Ream and Aleksandar Mitrovic strike to give the Cottagers three points

By Paul Brown For The Daily Mail

Patrick Vieira won’t be getting much sleep this week because this display was enough to give anyone at Crystal Palace insomnia.

Before kick-off, the Eagles paid tribute to Faithless lead singer, local boy and lifelong fan Maxi Jazz, a former Associate Director of the club, who died recently. They walked out solemnly to his iconic 1990s hit single Insomnia and then shot themselves in the foot so badly it will leave Vieira tossing and turning.

Bobby De Cordova-Reid gave high-flying Fulham a well-deserved first-half lead and three minutes later Tyrick Mitchell dropped his side deep in it when his dangerous lunge at Kenny Tete left referee Andrew Madley with little choice but to send him off. And it got even worse for Palace when James Tomkins was shown his second yellow card for a foul on Aleksandar Mitrovic shortly after half-time. 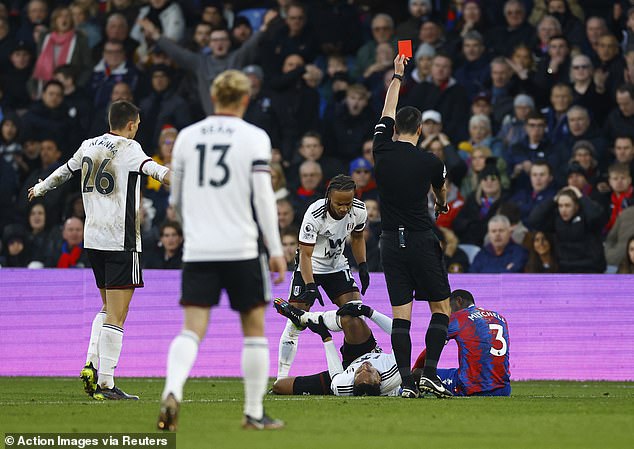 It was a fitting way for Fulham to pay tribute to their former player and World Cup-winning England defender, George Cohen. The players wore training tops with his name and number on for the minute’s applause.

They will now give Cohen an emotional send-off at Craven Cottage on Saturday when they face Southampton.

‘That will be a special game for us,’ said boss Marco Silva. ‘We have to create an atmosphere to make him proud. He is one of the best, if not the best, ever to play for this club. It was a sad week for us. Today was a big boost. The way we played, wherever he is, I think he is proud of us.’ 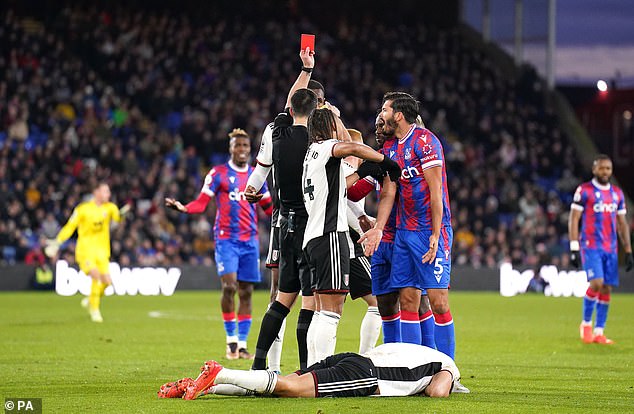 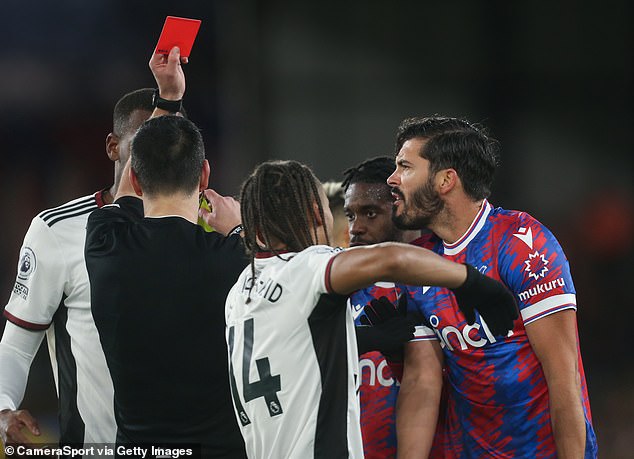 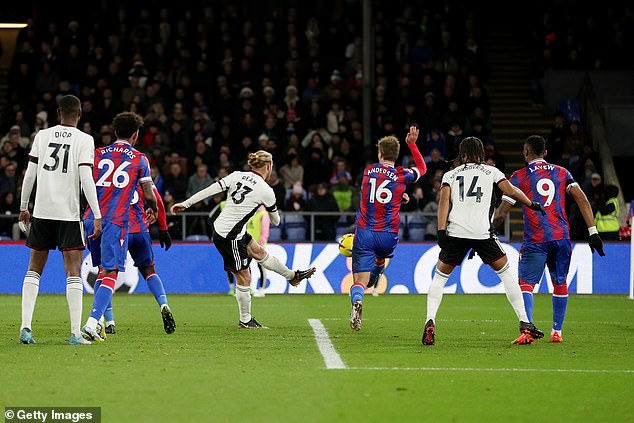 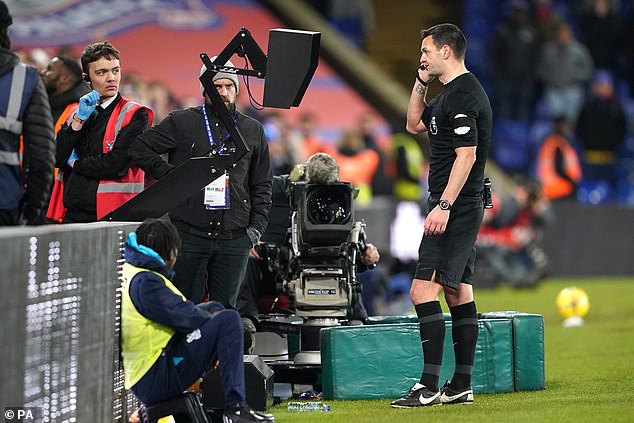 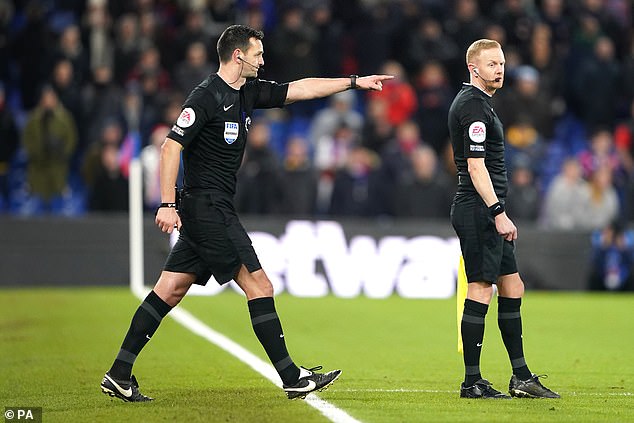 The emotions for Vieira however were in stark contrast. ‘From the first minute Fulham were the better team,’ he said. ‘At the end we got what we deserved. We didn’t do anything to get something from the game. It’s difficult to understand. I was expecting a better performance.’

Palace boss Vieira won every Boxing Day game he ever contested in the Premier League as a player. But his side made an awful start to this one and were booed off at half-time with Fulham in complete control. The danger signs were there from the off as Eagles goalkeeper Vicente Guaita was forced to tip over an early free-kick from Andreas Pereira 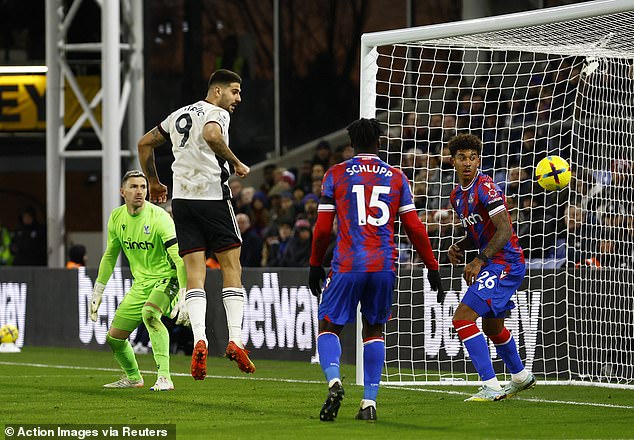 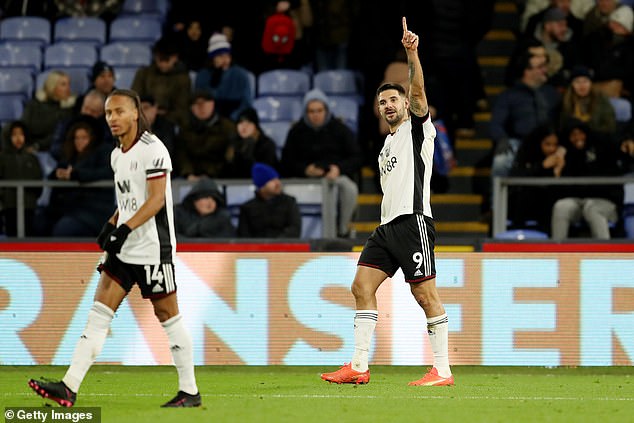 Jordan Ayew did rattle the crossbar for Palace after a bad giveaway in midfield by Joao Palhinha, but they were restricted to counter-attacks. Mitrovic was bullying defenders all over the pitch but getting little joy in front of goal. So he turned provider instead, whipping in a peach of a cross for De Cordova-Reid to meet with a glancing header into the far corner after a perfectly timed late run.

It was Fulham’s first goal at Selhurst Park for nine years and things only went from bad to worse shortly afterwards for the home side as Mitchell was sent off.

Any chance of a miracle fightback then disappeared when Tomkins was dismissed just before the hour mark. After that, Mitrovic nodded down a corner for Ream to smash home into the roof of the net. Then the Serbia star rounded off the victory from close range to secure his side all three points. 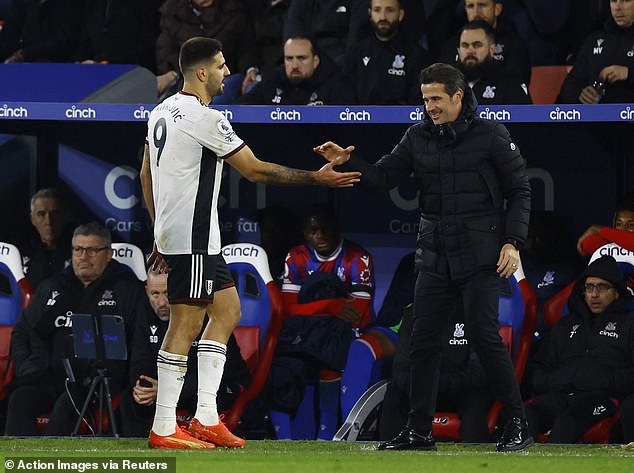