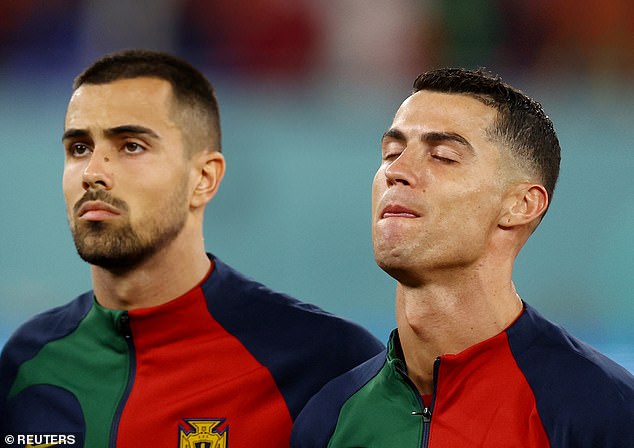 Cristiano Ronaldo has been pictured fighting back tears whilst signing along the Portuguese national anthem ahead of their World Cup opener against Ghana.

Despite mounting speculation surrounding his role in the national team, Ronaldo captained his country into the fixture, marking his fifth appearance at a World Cup finals.

The game marks the first time that Ronaldo has taken to the pitch following his public falling out with, and subsequent contract termination from, Manchester United.