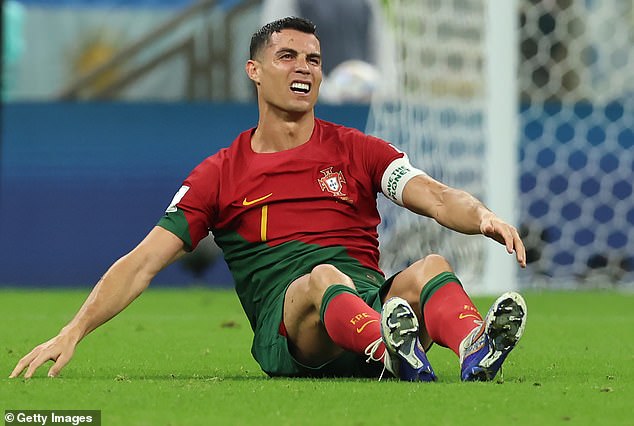 Cristiano Ronaldo may NOT feature for Portugal in their final group-stage clash against South Korea, as boss Fernando Santos confirms the forward is ’50/50′ after missing training

Portugal boss Fernando Santos has confirmed that Cristiano Ronaldo may not feature in their final 2022 World Cup group-stage clash against South Korea.

The 37-year-old was absent from training yesterday and instead was training in the gym alone, rather than with the rest of his team.

Boss Fernando Santos has since confirmed that the forward may not be in contention for selection after missing training. 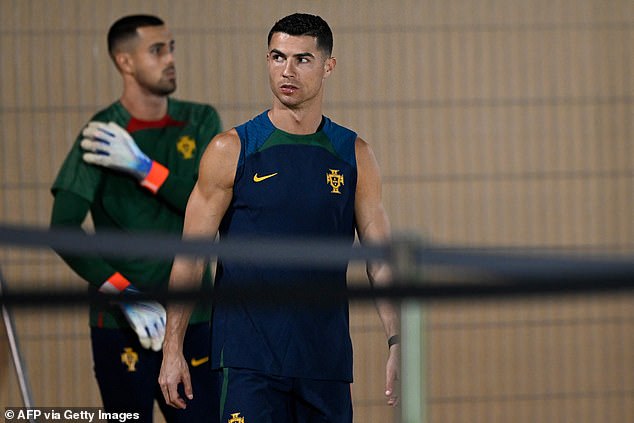 Boss Fernando Santos said: ‘Let’s see. In principle, Ronaldo will train soon. If you’re in a position. I don’t even know if it’s 50/50 [the probability of being fit for the game]. If you train normally.

‘Cristiano Ronaldo was replaced in both games. There’s a plan in case Cristiano can’t play. There is no player guaranteed to play at all time. It would hardly run if we didn’t have a plan.’

Ronaldo was not the only player to miss training, Porto midfielder Otavio and PSG pair Danilo Pereira and Nuno Mendes similarly missed out, with the former going through recovery work and the latter duo still recovering from their own injuries. 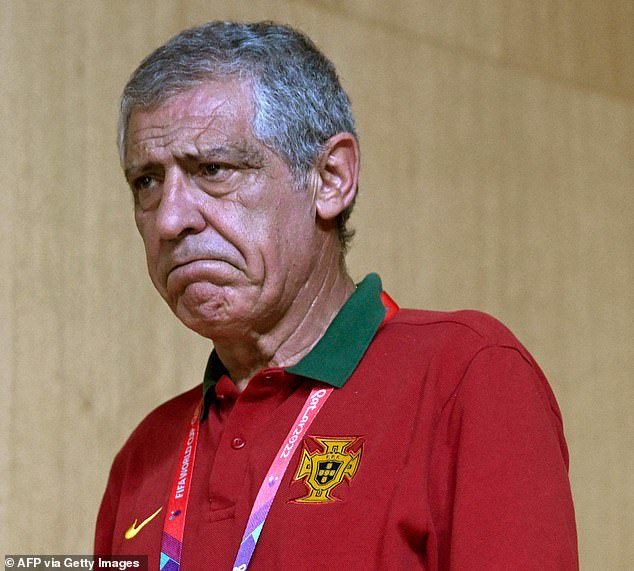 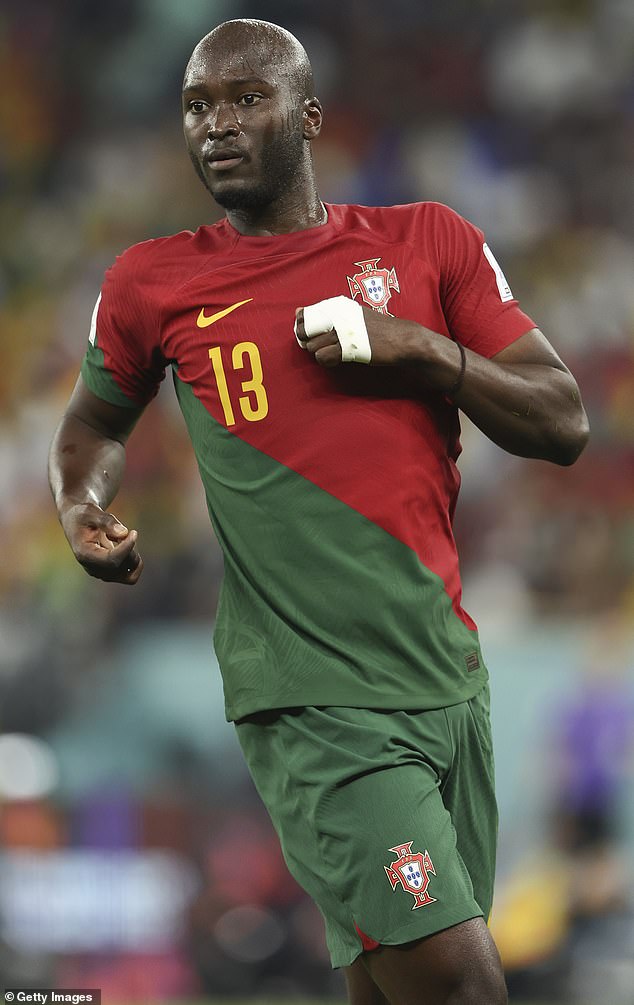 The former Manchester United star has started both games so far at the World Cup, but has been replaced on both occasions.

If Ronaldo starts or comes off the bench, he will have a chance to equal Portuguese icon Eusebio’s long-standing record of nine World Cup goals – with the forward already believing he had done so on Monday.

There was also a high-profile debate over whether he managed to add to his tally against Uruguay.

The forward claimed his country’s first goal of the night, after believing he had met a Fernandes cross in the air to head past Sergio Rochet, although it later transpired he had not made any contact.

Santos also denied that they put in a request to FIFA to give Ronaldo the first goal, by saying: ‘I don’t know anyone from FIFA (laughs), nor did the national team ask.’

The superstar did, however, become the first male player to score in five different World Cups, when he scored a dubious penalty in their opening 3-2 victory over Ghana.