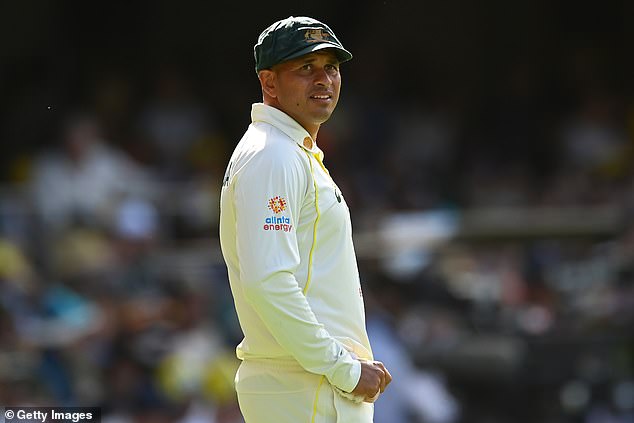 Usman Khawaja has detailed the racist treatment he has received over the course of his international cricket career in Australia.

Khawaja, 36, has represented his country on more than 100 occasions, scoring over 4,000 runs. He is among the most highly decorated cricketers in the game.

However, the batter has revealed how he is still overlooked by security officials and is questioned while on his travels with his Australian teammates.

Khawaja opened up on Twitter after a journalist shared how he was stopped by security at the Melbourne Cricket Ground ahead of the Boxing Day Test.

‘To all you wonderful security personnel at cricket venues around Australia. This is my fifth summer here. At some point you have to stop jumping on me, questioning my credentials, talking down to me & asking each other if ‘we can trust him?’,’ the journalist wrote on Twitter.

The 36-year-old provided his own personal experiences in response to the original tweet. 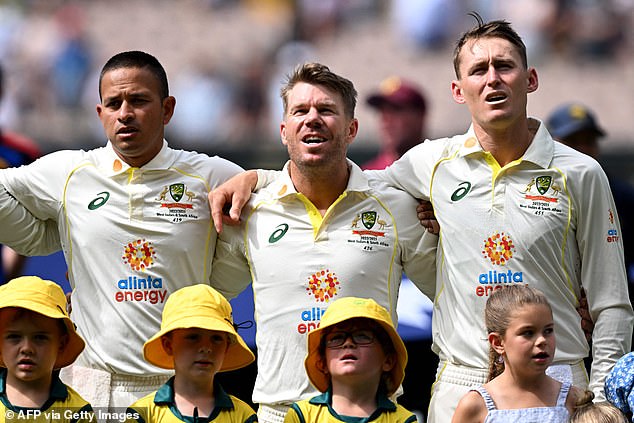 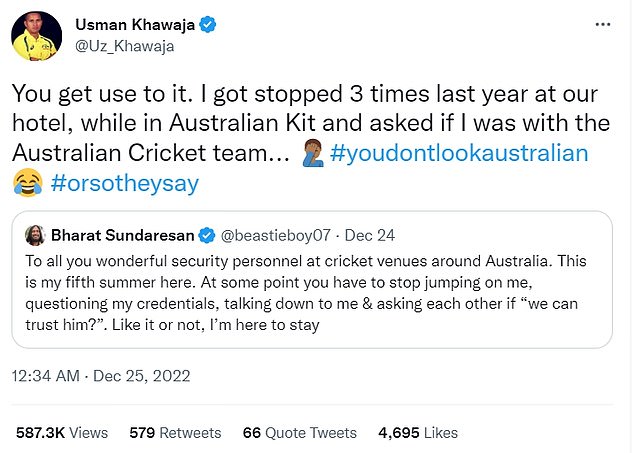 However, he says that he has been stopped three teams in the last year by security officials

‘I got stopped 3 times last year at our hotel, while in Australian Kit and asked if I was with the Australian Cricket team… #youdontlookaustralian #orsotheysay.’

Khawaja made his Australia debut in 2011, making history in becoming the first person of Pakistani heritage and of the Muslim faith, to represent the Australian men’s cricket team.

No player has made more runs for Australia than Khawaja in 2022.

It’s not the first time Khawaja has raised issues of racial profiling during his time with the national team.

In 2016, Khawaja told of how a Queensland cricket official showed him to the Pakistan dressing room during a Test match at the Gabba.